The Books Bundle to get if you’re into Science

If you’re into science books does Humble Bundle got a deal for you. Featuring ebooks by or about a number of well-known scientists and covering a broad range of topics, the Brain Wave bundle with Open Road Media is the one to get.

As always, it’s pay what you want, with $1 the minimum and $15 (or more) the max to receive all the titles. In the $1 group there’s books like Paul Davis’ The Goldilocks Enigma that asks, “Why is the Universe just right for life?”, as well as Mind: A Unified Theory of Life and Intelligence, by neurosurgeon Frank Vertosick.

$8 gets you sci-fi legend Isaac Asimov’s In the Beginning where he compares Genesis’s origin of life to that held by science. Albert Einstein’s Essays in Science will also be yours, and so too Dawkins’ A Devil's Chaplain book of essays. 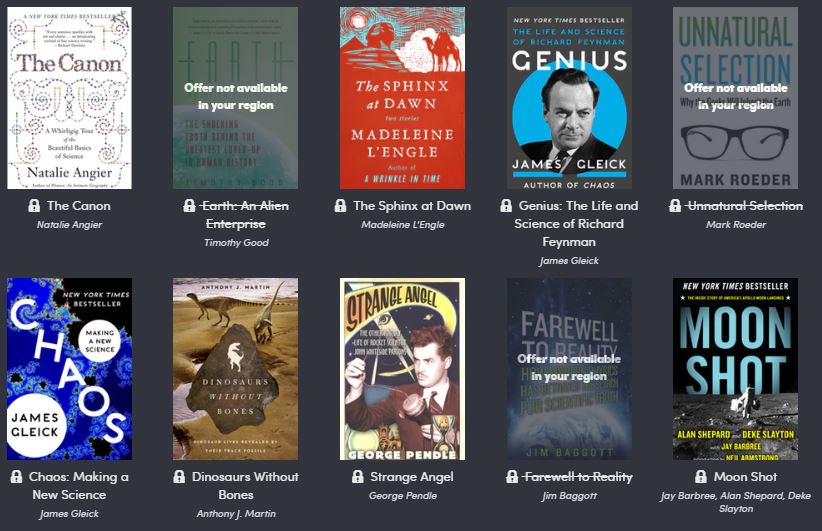 Our thoughts on why you should cough up $15 for the top tier, is definitely Genius: The Life and Science of Richard Feynman, by James Gleick, a biography of the most famous bongo-player/scientist of the last century. Gleick has another title here all about Chaos, and while on the subject, it might also be worthwhile to inspect Strange Angel. This tells the extremely weird tale of JPL rocket scientist Jack Parson, who had a very strong link to the occult, and is soon to be the star a new TV series from CBS.

There’s more book bundles to be had, with the Manga to Anime bundle, offering Battle Angel Alita and Ghost in the Shell titles, while the Pocket Primers bundle provides $416 of ebooks on programming subjects such as HTML5, Python, Android and Excel.