The Lego Drones are coming

A drone made out of Lego? Well of course. San Francisco start-up Flybrix is making drones out of the world’s favourite little building blocks, an idea so obvious that it’s surprising that Lego hasn’t done so themselves. Granted, these are not big monster drones capable of all the speed and manoeuvrability that your pay check can afford, but it’s enough to keep one’s attention, with the added benefit that if it crashes, a little bit of reassembly is all that is required.

Two main kits are on offer. Not one for fancy the names, the most basic package comes with a $149 price tag and is called The Basic Make Your Own Drone Kit Using LEGO Bricks kit.

The company notes that with this kit, you can build quad, hex, plus octo airframe designs and control them with the Flybrix Bluetooth Flight Control App via smartphone (Android, iOS). Everything you need is included, for example the bricks, a surprise minifig as pilot, quick connect motor boom-arms and motors, propellers, battery and software. 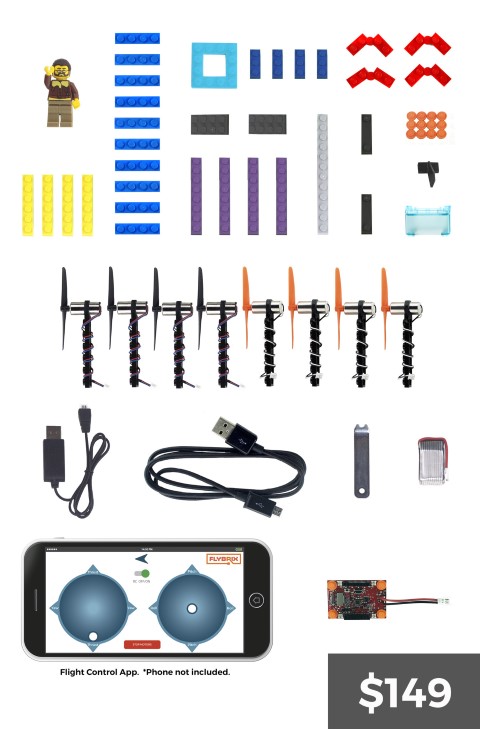 If you have an extra $40 to spare, the Deluxe Flybrix Kit can be yours, which includes much the same but also makes your Lego drone flyable via radio control transmitter. An additional Radio Control Expansion Pack can be purchased for $80.

Flybrix notes that you’ll be up and running in 15 minutes, with no tools required except for a good imagination.

If you want to see these little Lego drones in action, hit the play button on The Wrong Brothers video below.