The changing face of education

The internet and the pervasiveness of an online, connected world have already changed a number of industries and sectors; and not being left behind is education, which seems to be undergoing a Renaissance of sorts.

Education’s evolution in the digital age has a number of interesting facets, with e-learning already coming to the fore and establishing itself as a viable means of securing the knowledge, and in some cases, credentials, one needs to succeed.

However, e-learning’s reach extends far further than merely offering up a plethora of courses online from the likes of Codecademy, or enabling students to access instructional videos or a variety of other teaching sites. Instead, it is changing how the approach to educating the masses as a whole is being perceived.

An example of this practise is the rise of massive open online courses (MOOC), which boasts an open access education model, through which a large number of students can simultaneously access course material and interact with instructors. This approach bears its notable similarities to massive multiplayer online games, which garner a global user base and easily transcend national and international boundaries.

What it means is that the physical problem of cramming enough desks into a single classroom becomes a moot point. MOOCs also have a hybrid financial model, with some courses, more informal in nature, being free to access, while others, leading to a formal qualification, requiring users to pay (as they would if they were doing a correspondence course).

What’s even more interesting is that apparently the exploration of MOOCs has found its way into high schools as well, at least in the US for now. This highlights how widespread the trend can become. Also worth noting, however, is that schools, universities, institutions, and organisations can each create their own MOOC, ostensibly and hopefully to compete with each other, which may well drive prices down according to the law of supply and demand in the foreseeable future.

This would address another pervasive problem with education at present – namely that of its accessibility to the broad public at large. In South Africa at least, this is still a very real problem that the implementation of MOOCs with the technology to support it could address, as children in rural areas struggle to get an education, or end up having to walk long distances to get to the nearest school. 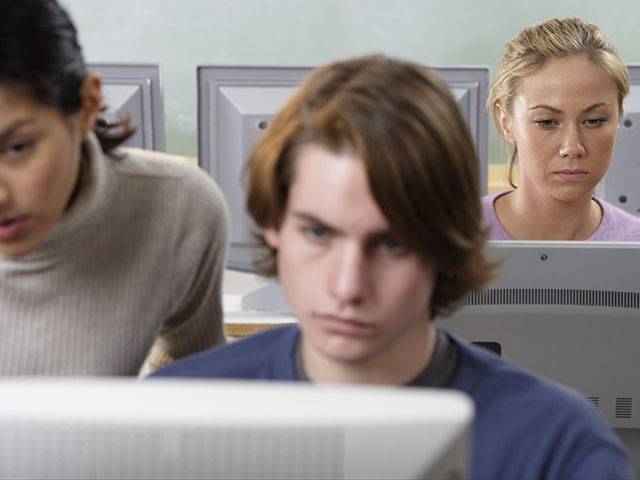 Changes in the curriculum

Another example of how technology is reforming education is called digital curriculum. This entails a school’s syllabus being made available to students via an internet-based programme, thus doing away with the need for textbooks entirely. While a trial run of this is currently underway in the US; it would certainly be a boon for impoverished schools in particular in South Africa as well, given the textbooks fiasco which still haunts.

However, while both of these trends may seem a little idealistic and are not yet implemented in full force, South Africa’s move towards digitising education is already well underway. It was less than a year ago that Samsung unveiled its smart school solution in conjunction with Crawford Preparatory school in Benmore, which saw tablets replacing textbooks, interactive eBoards (whiteboards) putting the old blackboard to shame, while providing a digital platform for a single teacher to interact with multiple students, seamlessly.

Additionally, it should be noted that both Apple and Samsung have strong focuses on the education sector as a whole, which certainly cannot hurt as education is gently pulled out of the 20th century and into the metaphorical and technological light.

Whether it is the proliferation of MOOCs, the rise of more smart schools, the old paper-based textbooks being replaced with a more elegant solution, or a combination of all of the above, one thing is for certain: this shift is an exciting and welcome one which will change the face of education as we know it. 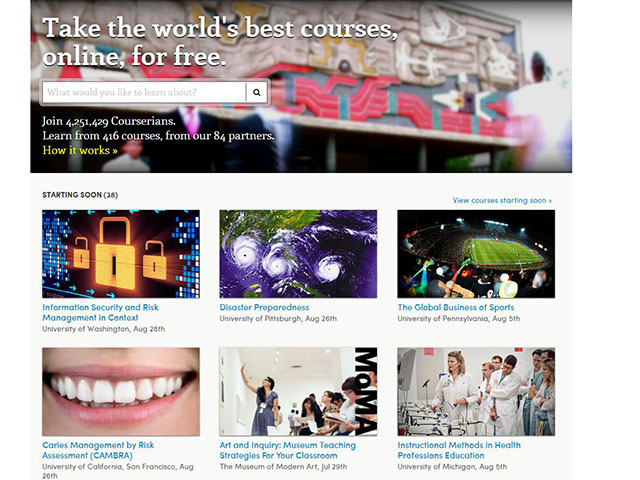 With 416 free courses from 84 partners, Coursera should definitely have something for everyone. Top names are featured, including the Johns Hopkins University, The Museum of Modern Art, Columbia University, University of Melbourne and the American Museum of Natural History. Even if it is just to learn something new in a structured environment, Coursera is a must.

MOOC List congregates a number of Massive Open Online Courses from across the globe, aimed at large-scale participation. If you are looking for a MOOC course to get busy with, this is the place to find one.

The world renowned Khan Academy is a not-for-profit organisation tasked with delivering world-class, free online education, aimed mostly at high school students. As such the site’s materials and resources on topics the likes of math, economics, world history etc. are available to users completely free of charge. Khan, whose videos are featured on YouTube, is great at explaining difficult topics simply and easily.

Puma Deviate Nitro
Is cybersecurity now as important as health and safety?