The good people at Polyphony Digital, the studio behind the Gran Turismo series, added the Nissan Concept 2020 to the game's Vision stable at the midway point of 2014. Ever since then it has proved one of the more striking concept additions, with its angular lines and muscular build looking rather menacing on the virtual road. The Japanese manufacturer has been around for the past 80 years, in that time producing many memorable Grand Tourers, with 2007's GT-R (affectionately nicknamed Godzilla) being the pinnacle. The Concept 2020 is the hypercar-esque incarnation of the GT-R, and provides an awe-inspiring design we'd love to see in future. 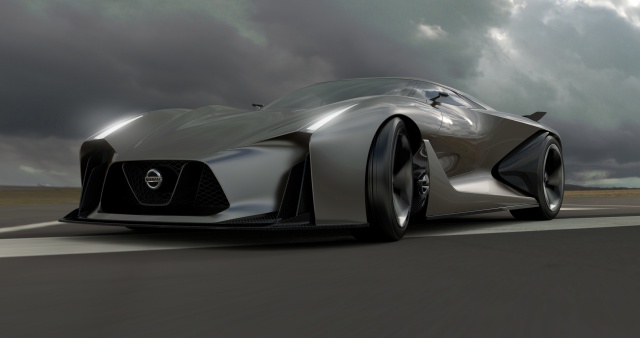 Although existing in the digital world for now, the Concept 2020 still carries some impressive specs, enough to entice any GT6 gamer to add it to their garage. Under the bonnet is a twin-turbocharged V6 engine, paired with a hybrid FR-4WD system bringing the in-game top speed to an estimated 300 km/h. Added to this is an active rear wing, which helps hunker the car down when reaching the aforementioned 300 km/h top speed. Other key design features are the unique front and rear fenders ported on the Concept 2020, all of which are intended to create an airflow setup similar to that of a Le Mans race car.

For many hot hatch enthusiasts, the Volkswagen GTI still reigns supreme, but in recent years its claim to the throne has come into question, with Mercedes-Benz' immensely powerful A45 AMG and Ford's raw and intuitive Fiesta ST making massive strides. Perhaps then the Volkswagen GTI Roadster unveiled in Gran Turismo 6 is a reminder to challengers to tread lightly, as it embodies all the key elements of a hot hatch and then some. The GTI Roadster's drop top stylings, as well as a low and wide design certainly make it a head-turner. Added to this is a range of in-game specs to make competitors do double takes on the starting grid. 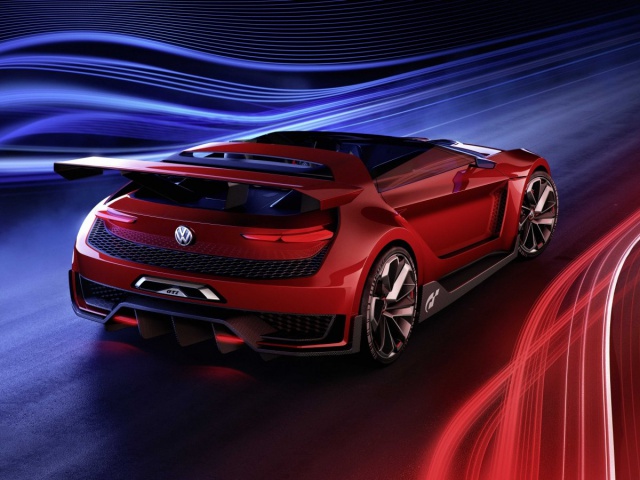 Taking care of business is a 3.0 litre twin turbo VR6 TSI engine, although we would have liked to see Volkswagen's legendary W12 engine (as featured in the Bugatti Veyron) behind the scenes. That being said, the GTI Roadster still develops a sizeable 375 kW of power, with 665 Nm of torque thrown in for good measure. Although the top speed and 0-100 time remain uncertain, this VW hot hatch should certainly stand you in good stead when going up against other high octane roadsters. Whether or not elements of this concept will feature in future real-world GTIs is still a mystery, but we hope VW takes a gamble in this regard.

Aston Martin may have unveiled the DB10 for the upcoming James Bond flick, but we'd have to opt for the DP-100 Gran Turismo concept if it were sitting in our garage. Created by Aston's very own design team, the DP-100 is sleekly put together and achingly beautiful to look at, making it highly deserving of Gran Turismo 6's Vision label. Not just a digital creation, fans of the British manufacturer were fortunate enough to the the DP-100 in the flesh at 2014's Goodwood Festival of Speed in Sussex, England. 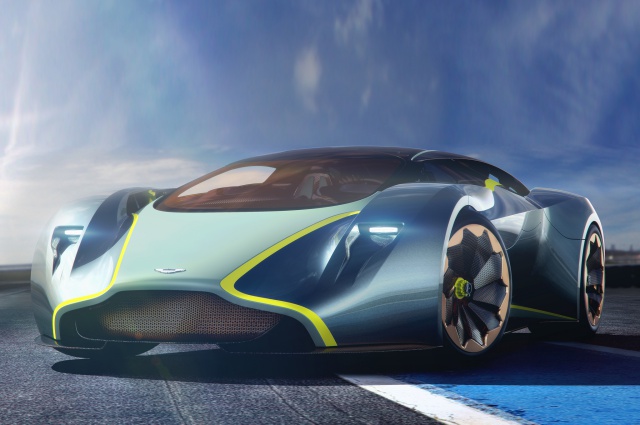 Not just a looker either, Aston Martin have listed an array of features to make rivals’ Dualshock controllers rattle in fear. According, this mid-engined twin turbo racer will pack an imposing 597 kW of power, which should make for a blistering lap on its native Silverstone racetrack. Along with an envy inducing engine setup, Aston has also incorporated some other noteworthy elements, chief among which are the distinct active wheel blades, which open and close independently to aid cooling while braking. Whether or not 007 will getting behind the wheel of the DP-100 in future films is unclear, but at least you can try it out in GT6 should you be skilled enough to unlock it.

Part of concept cars appeal is the thinking-outside-the-box designs, which often challenge the normal conventions of car design. Chevrolet's Chaparral 2X is testament to that, looking more like a space age fighter jet than a race car. Whether that's a good or bad thing is up for debate, but we are totally enamoured by the Chaparral 2X. Much like the Aston Martin DP-100, Chevrolet has created a real-life version of the car, which the Texas-based manufacturer says is its most revolutionary one to date, and we'd tend to agree. Along with its looks, it also makes use of some space age technology, the most intriguing of which is a combination laser and air powered engine (yes, you read correctly… lasers). 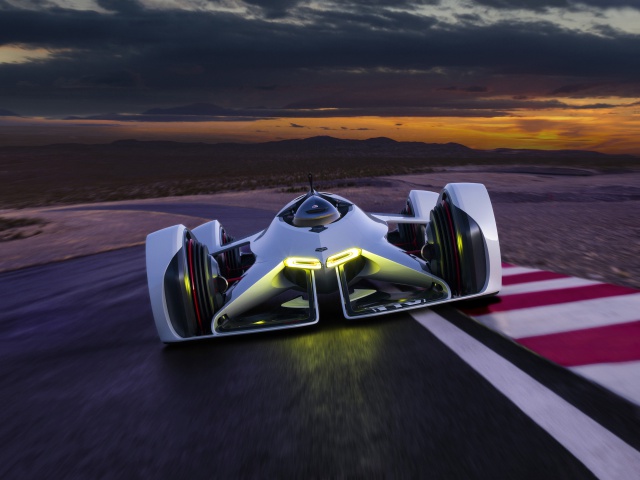 The car's laser propulsion system focuses a beam of light to create specific shockwaves to propel the car forward. The laser system is measured at 671 kW, which coupled with the Chaparral 2X's lightweight design brings the top speed to 384 km/h. Its real party trick is an estimated 0-100 km/h time of 1.5 seconds, although real world evidence is yet to be seen. Chevrolet were quick to state that the Chaparral 2X was designed in a no-rules environment, which leads us to believe that it will not be hitting the road any time soon.

The newest of all the concept cars featured on our list, the Mazda LM55 is a return to the Le Mans style vehicles that Gran Turismo's Vision series is famed for. Unveiled by the Japanese manufacturer on Christmas Day during 2014, the LM55 is quite the stocking stuffer, with Polyphony Digital's own Kaz Yamauchi issuing a challenge to Mazda to design a car to rival those of Mercedes-Benz and Audi. If we had to weigh in with our opinion, it's pretty safe to say that they hit the mark perfectly. The LM55 also draws inspiration from Mazda's 1991 Le Mans win, which remains the solitary vehicle that they have mustered during the iconic French race's storied history.

Apart from its Le Mans inspired heritage, very little is known about the LM55, with Mazda simply stating that this racer is extremely lightweight and consists primarily of carbon fibre elements to make it one of the lightest cars in its category for Gran Turismo 6. Although the LM55 will not making a lap of Le Mans racetrack any time soon, GT6 gamers can still get their hands on it and put it to the test, we'll certainly be doing so.