The BMW S 1000 R is the Bavarian manufacturer's latest addition to its motorcycle stable, and draws inspiration from its high performance roadster, the RR. As with its forebear, the S 1000 R features an aggressively styled silhouette that cuts a rather menacing figure on the road, ensuring that onlookers know it is not to be trifled with. Not just a superbike in looks, the S 1000 R's engine too produces all the speed and savagery one expects from a premium superbike. 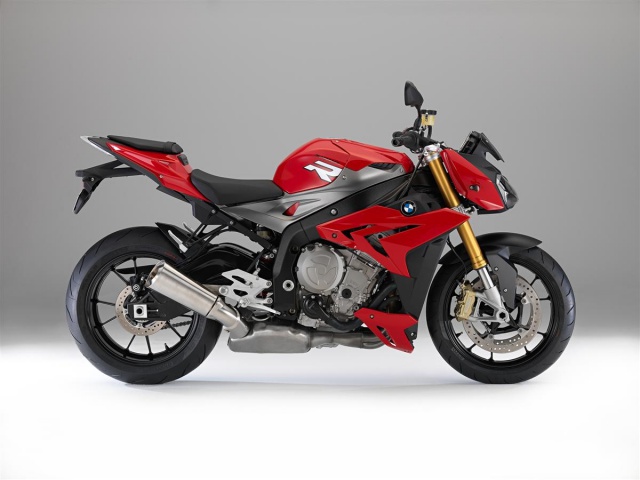 The well balanced S 1000 R is fitted with the modified inline 999 cc four cylinder engine found on the original RR. This reinterpretation may rev at 2 000 rpms less than the RR, but still produces a substantial 118 kW and maximum torque of 112 Nm. For responsive handling, BMW has incorporated a dynamic traction control (DTC) and automatic stability control (ASC) systems to ensure the S 1000 R stays fixed on a variety of surfaces. Being one of BMW's top performing and highly specced motorcycles, it will set would be riders back roughly R146 000, so only the hardcore need apply. 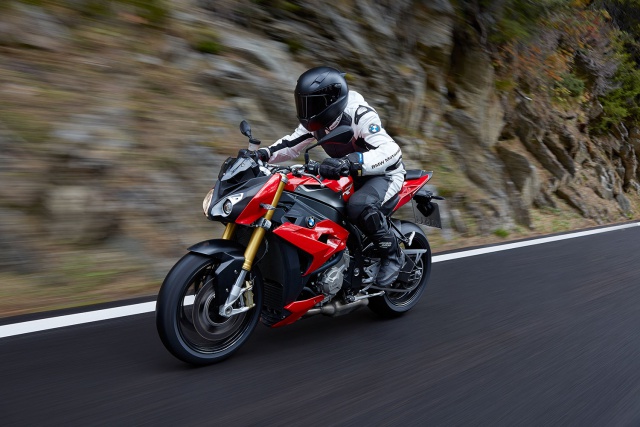 Staying in the realm of roadsters, we find one of the most iconic names in the industry, Italian manufacturer Ducati and its unmistakable Monster. The newly debuted Monster 1200, adds to the fine tradition that Ducati has carved out over the years, and makes use of the newly designed Testastretta 11 DS engine. The key differentiator of this new engine, is the Dual Spark system, which integrates two individual spark plugs per cylinder to ensure performance is smoother and more responsive. 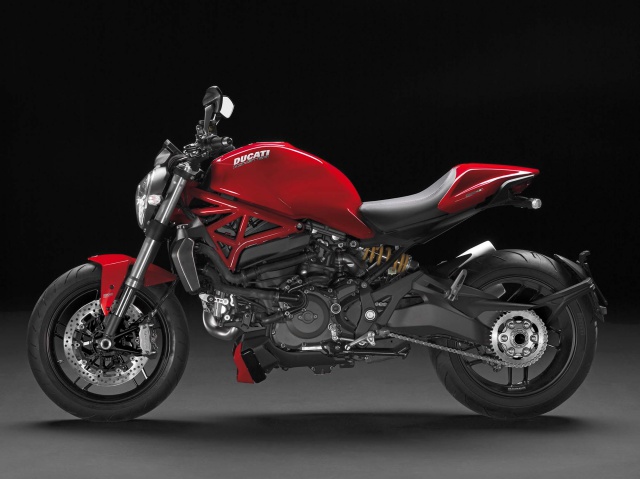 This L-Twin cylinder engine has a registered displacement of 1198.4 cc, and reaches a maximum output 100.7 kW at 8750 rpm. Added to this, is 118 Nm of torque, which means the Monster 1200 gets off the mark pretty quickly. It’s also deceptively light, considering the dimensions and look of its frame, and weighs in at 209 kg. In terms of technology, Ducati has incorporated its own specially designed traction control system and a full TFT instrument panel, which automatically adjusts to various light conditions. 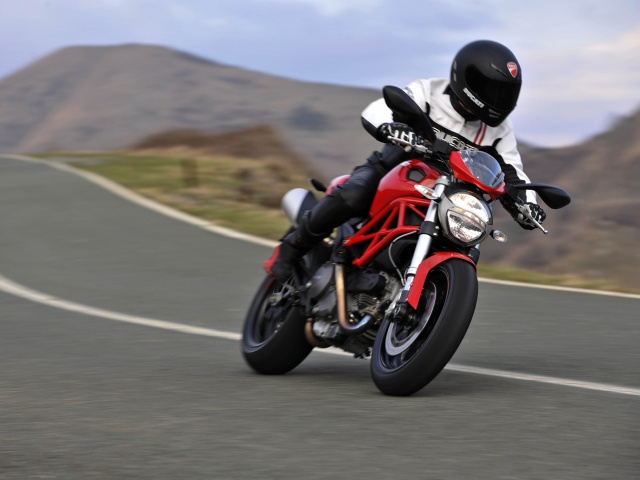 Austrian motorcycle manufacturer, KTM has built a solid reputation over the years for their all conquering Touring bikes, many of which are the first port of call for Dakar competitors. Their new lineup of Supersport bikes therefore pose an interesting proposition, considering it's an area that KTM is not famed for. The Supersport lineup in question is KTM's RC series, with the RC 390 sitting atop the range, giving local riders a welcome addition to mull over. 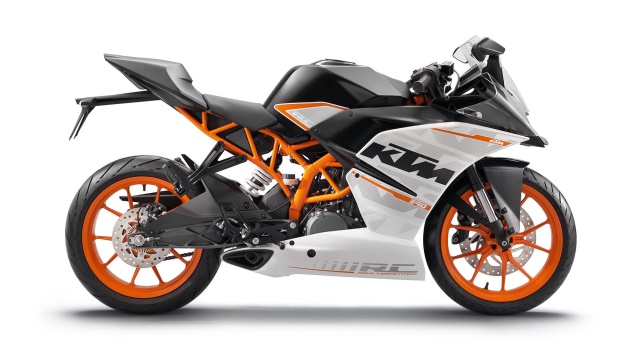 Would be RC 390 riders may come to it for its looks, but they'll stay for its performance, with KTM fitting a single cylinder, 4-stroke water-cooled engine, that produces 32 kW. That may seem on the modest side, but should prove more than enough, given the RC 390 only weighs 147 kg (without fuel). Furthermore, it features a six speed, claw shifted transmission system and Wet multi-disc clutch to ensure gear changes are quick and seamless. Yet to hit local dealers, the KTM RC 390 will cost in excess of R150 000, so now is as good a time as any to start saving. 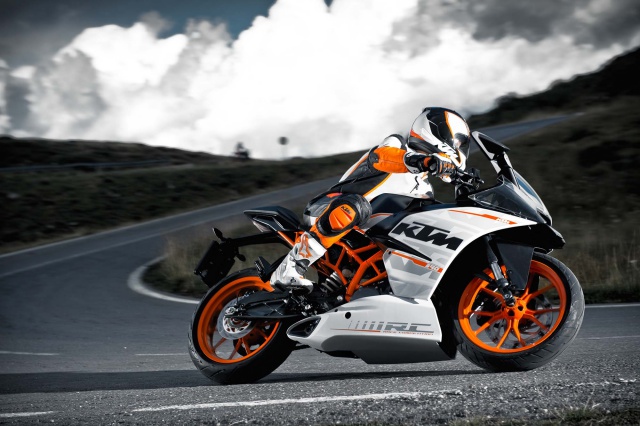 The latter half of 2014 has seen Swedish manufacturer, Husqvarna, make a welcome return to Motocross, with its newly unveiled FS 450 series. This new offering makes use of a lightweight chromium molybdenum frame and cast aluminium swing arm to bring its dry weight down to only 110.5 kg. This will certainly prove of some benefit when throwing the FS 450 into tight turns, as its WP suspension and monoshock shock absorber system work to keep you balanced while exiting the apex. 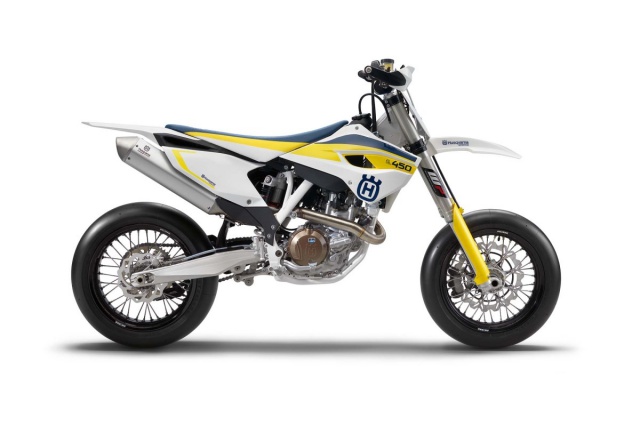 Similar to the KTM RC 390, the FS 450 features a 1-cylinder, four-stroke engine, which incorporates a water cooled system and five speed, claw shifted transmission. This setup yields a maximum power output of 45 kW at 11 500 rpm, bringing its top speed to roughly 180 km/h. Husqvarna's FS 450 is the newest motorcycle featured on this list, with the Swedish manufacturer scheduling its release for early 2015. No local pricing is detailed at this stage, but the FS 450 will cost European customers €9 990 (R138 500). 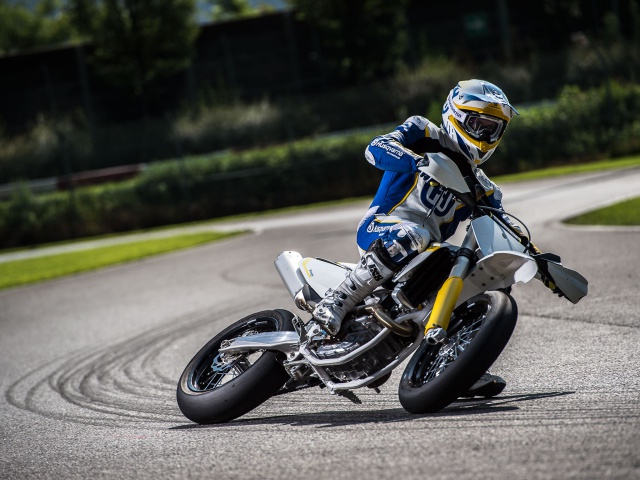 If you're the kind of rider who yearns for a motorcycle that looks a little outside the ordinary, then the limited edition NM4 from Honda may just be what you're looking for. This uniquely styled Touring bike has already drawn some comparisons to the iconic red motorcycle in Akira, although we rather envision this all-matte black two wheeler as being the ride of choice for Judge Dredd. This hulking Tourer weighs in at 255 kg, and as such requires a sizeable engine to get it moving. Luckily, Honda has obliged with a 670cc twin-parallel engine that produces 40.3 kW of power and 68 Nm of torque, resulting in a top speed of 180 km/h. 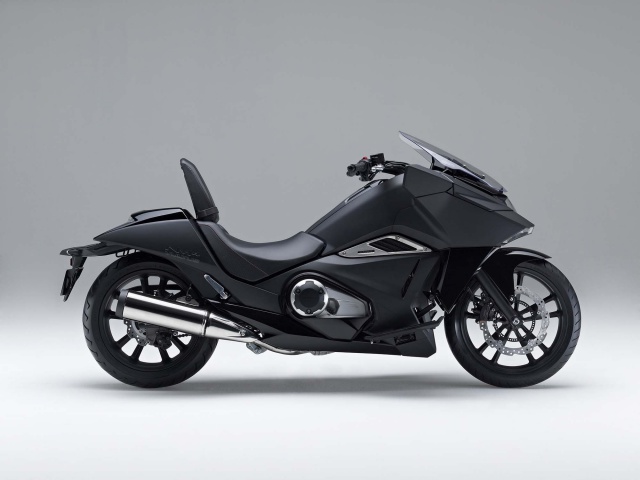 Not only large and powerful, the NM4 is fitted with a range of modern accessories such as an LED lit instrument display, which features 25 different colour options to choose from. Added to this, is a front mounted utility box with a 12 power socket to charge one's smartphone or GPS while cruising. 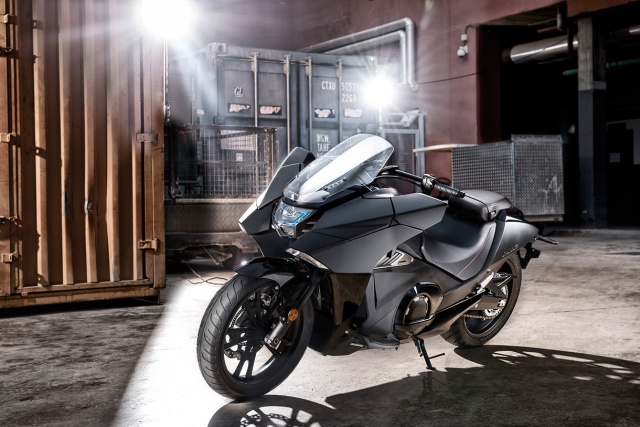