Sci-Fi fans looking for their entertainment quota this holiday period (apart, of course, from the new Star Wars) can head over to ShowMax. With a number of movies and series on offer, these are the sci-fi flicks you are looking for. 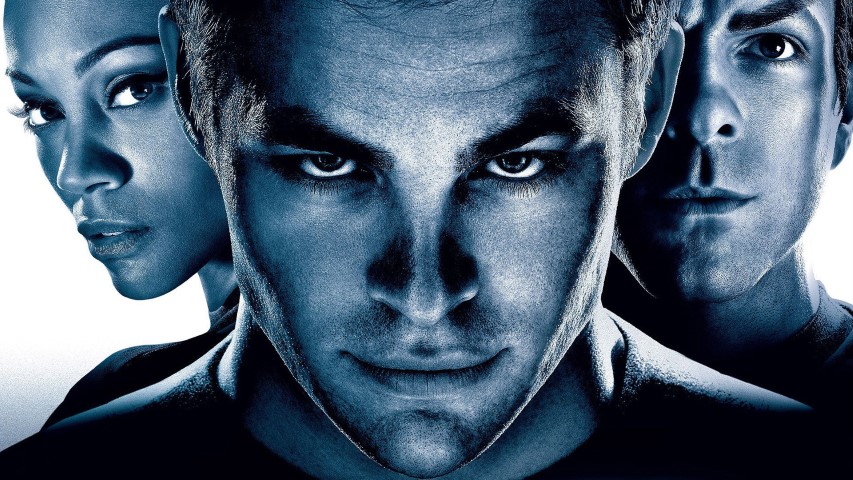 Previous movies in the Star Trek franchise could be considered slightly more passive and less accessible than their Star Wars cousins. That was until J.J. Abrams (Lost, Super 8) came along for the refresh, complete with polished action sequences, a strong cast and loads of lens flare.

Why watch? For fans of the TV series the Star Trek reboot is of course a no-brainer, but it should also come as a more than satisfying sci-fi experience for those who aren’t. The importance of director Abrams cannot be overemphasised, recently having been put in charge the new Star Wars movie.

Also watch: If you’re looking for a less nuanced sci-fi experience, Michael Bay’s Transformers will pound you into submission.

How would you endure living in a world with no feelings and no art? In the dystopian city Libria, that’s exactly what is expected of all good citizens. Dishing out order is John Preston (Christian Bale, Batman Begins), a Cleric highly skilled in the art of Gun Kata.

A movie that reminds a lot of Ray Bradbury’s seminal novel Fahrenheit 451, Equilibrium is one of those flicks that slipped under the radar. Highly stylised, it went unnoticed in no small part thanks to audiences still being under the spell of the juggernaut called The Matrix. It shouldn’t be ignored, since the Gun Kata scenes are amazing and the story confronts one with loads of discomfiting questions.

Why watch? Some people just want to see the world burn, none more so than the Clerics, with Preston not blinking when giving the order to destroy the original Mona Lisa. Part of watching or reading science fiction is confronting dystopian futures, wondering how would one have reacted there? Equilibrium does exactly that, perhaps now being more pertinent than ever before. 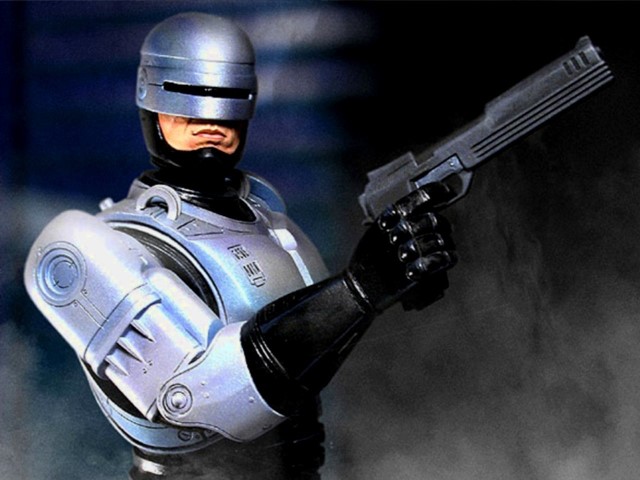 In a dystopian future (which one can argue does not look much different from modern day America), police officer Alex Murphy (Peter Weller, Naked Lunch) is brutally murdered, but brought back to life by the Omni Consumer Products corporation as RoboCop, built to rid Detroit of crime.

RoboCop could have easily degenerated into just another 80s sci-fi flop, but director Paul Verhoeven's storytelling skills, some great action sequences and Peter Weller's stoic portrayal of the titular character made it into one of the hits of the decade. The movie’s influence spanned up till recently with a 2014 series remake for the part-man, part-robot.

Why watch? Perhaps for the questions RoboCop poses about morality and mortality, but probably because you want to see if that toxic waste scene is still as gruesome as you remember.

Also watch: Verhoeven’s knack for satire shines through with this critique of American culture, stepping up the charges for an even more over the top RoboCop 2. His work climaxed in 1997’s amazing Starship Troopers, which is absolutely unmissable. 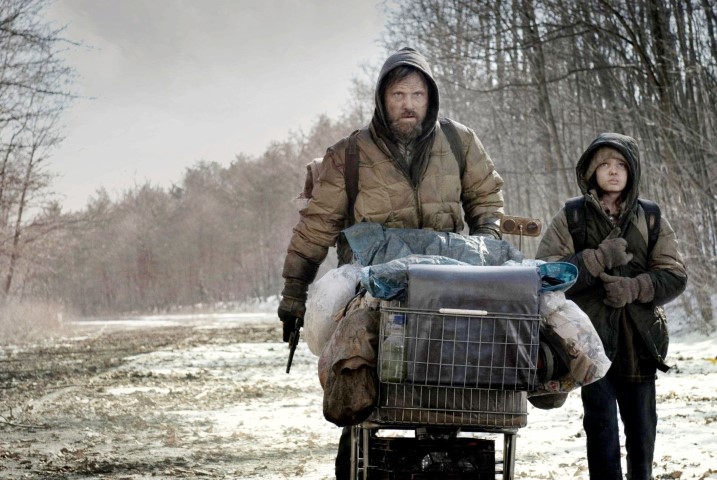 You get dystopian science fiction, and then you get The Road. If ever a movie created a believable and thoroughly depressing worst-case scenario for Earth’s future, this is it. Based on Cormac McCarthy’s 2006 novel, a father (Viggo Mortensen, The Lord of the Rings) and his son (Kodi Smit-McPhee, Let Me In) head to the coast after civilisation collapses, armed with nothing more than a pistol and hope for a better future.

The Road is one of those movies that clings to you after you’ve watched it. The film is not interested in answering questions such as what exactly brought about the collapse of order, rather, it deals with a father’s love of his child in an unknown future.

Why watch? Bleak and disturbing, The Road is best watched sober, knowing that you’re in for close to two hours of hard but ultimately rewarding cinema.

Also watch: Afterwards emerge yourself in Kung-Fu Panda, Shrek, even Spongebob, anything that can wash the bleakness away. 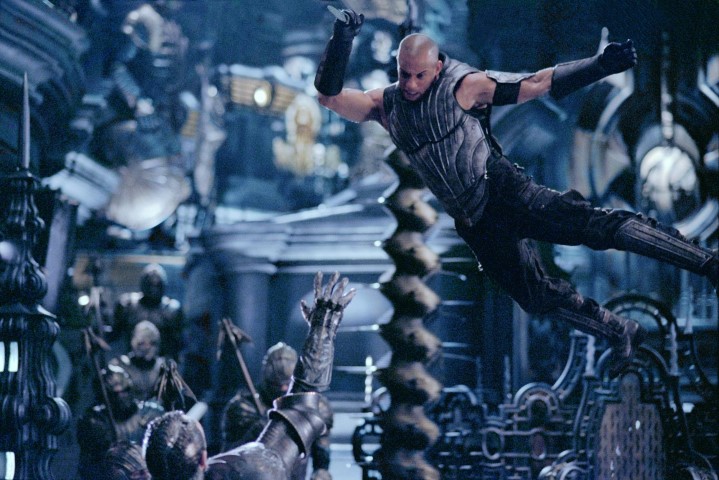 The Chronicles of Riddick
2004
Watch it here.

Forget Bond, Hunt or Bourne, when things turn nasty there is only one guy to call – Riddick. Vin Diesel returns to the role that made him famous, with the brawny criminal with polished eyes now up against an army of Necromongers intent on destroying everything before them.

After the success of 2000’s Pitch Black, director David Twohy (Below) had more budget to play with for The Chronicles of Riddick. As such, the film looks more like a blockbuster experience than its predecessor, providing a fantastic world for Riddick to cause his usual mayhem in. It also stars the always amazing Judi Dench (Skyfall) and one of our action favourites Karl Urban (Dredd) as baddy Vaako.

Why watch? There are few action stars bigger than Vin Diesel, obviously in his element here as killing machine Riddick. The Chronicles of Riddick is arguably the best of the three movies in the series, and deserved a better follow-up than 2013’s Riddick.

Also watch: Obviously Pitch Black, the first one in the franchise. 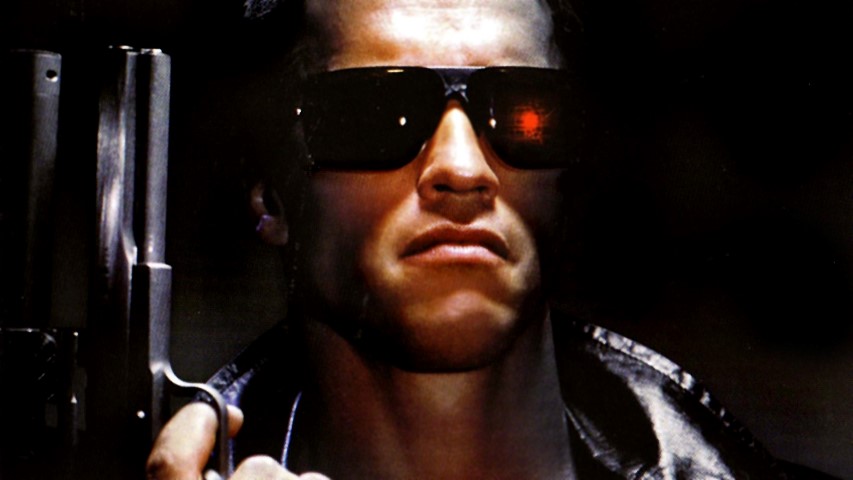 The Terminator
1984
Watch it here.

For folks growing up in the 90s, Terminator 2: Judgement Day is a classic and still the top choice in the franchise. It’s worthwhile though to travel back to the series’ roots with the 1984 original. Here Schwarzenegger is not the good guy, playing instead the original cyborg sent back in time to eliminate Sarah Connor (Linda Hamilton, Dante’s Peak).

There are few 80s movies that have aged well and unfortunately The Terminator isn’t amongst them. However, it does have a couple of things that count in its favour, including some sweet smack-talk, Arnie’s deadpan acting and a continued sense of tension. It was director James Cameron’s first major movie, who later went on to direct sci-fi favourites such as Aliens, Terminator 2, uhm, Titanic and Avatar.

Why watch? “You have to know the past to understand the present,” said the brilliant Carl Sagan. This is definitely the case with The Terminator, since in many ways it influenced what came after it.

Also watch: The comedy Frequently Asked Questions About Time Travel. It might not have Arnie but it shows just what can go wrong when you start messing with time.