Last week, Ubisoft teased an image for its impending Assassin's Creed title. Revealed in a livestream event last night, we originally believed the title for this Victorian-era saga to be named Assassin's Creed Victory, but its true calling card is Assassin's Creed Syndicate. Following the livestream event, a debut trailer was released, introducing gamers to the main protagonist Jacob Frye. A bit like a Victorian-era Robin Hood, Jacob and his merry band of assassins seek to right the economical imbalance gripping London, and give the working-class its share of the spoils.

Featuring six of London's boroughs, Ubisoft says this game is the largest open-world map they've created to date. The same was true of Unity, which as we all know suffered from more than a few glitches. Whether or not Syndicate is resigned to the same fate, we will have to wait till October this year, as that is when it's slated to make its cross-platform debut. 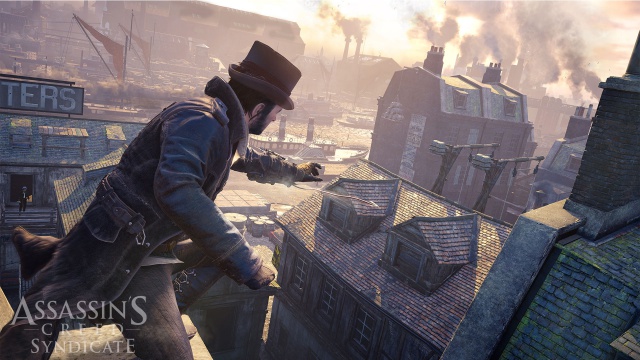 For now though, Ubisoft has offered a sampler of the gameplay that Syndicate will dish out, with in-game footage from a Pre-Alpha below. Here we see Jacob's ambitious plans to take over the London gang scene, while his compatriots are noticeably resistant to the idea. As with previous Assassin's Creed titles, free running is key, and Jacob proves equally adept at scaling buildings as his forebears. Stealth seems to be a big part of this title as well, along with a more bruising fighting system than we've seen in other Assassin's Creed titles.


With more glimpses of Syndicate undoubtedly on the way courtesy of Ubisoft between now and October, we'll be sure to keep TechSmart readers up to date on all the news.