Take a look at the Volkswagen Sports Coupe; more specifically its sloping bonnet and unique headlight cluster. This is what future of VW design could very well look like in years to come. This GTE hybrid-engined Coupe made its debut at this year's Geneva Motor Show, and will be the successor to Volkswagen's current CC four-door coupe. 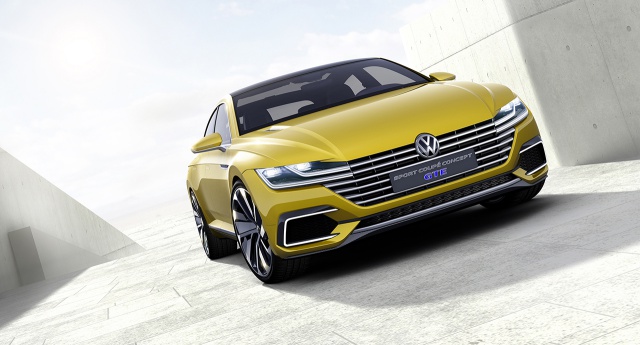 According to VW, specific design features seen in the Sports Coupe will be making their way to other vehicles. The distinctly wide slit grille angular bumpers and headlight cluster for example, will find their way onto the soon to be released Golf hatchback. In many respects, we have to say that Volkswagen and Audi's designers may be working a tad too close together, as the Sports Coupe bares a striking resemblance to Vorsprung's RS7 Sportback.

The Sports Coupe is the third vehicle to feature VW's new GTE hybrid engine, which we first saw in the electric Golf VII and VW Crossover Concept. Much like those two models, the Sports Coupe should not be confused with slow hydrids like the Prius. This hybrid packs quite the punch despite, with a total listed output of 279 kW. 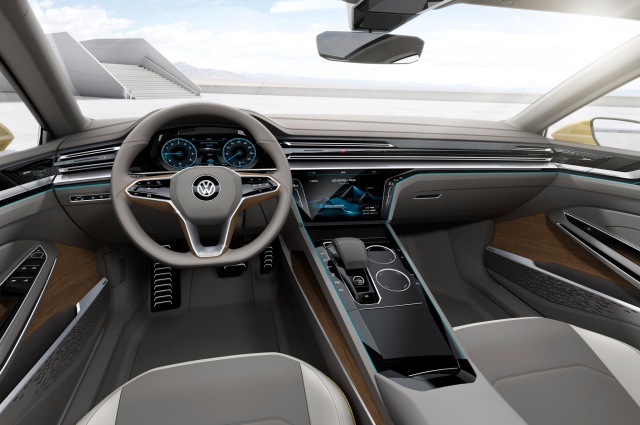 Housing two electric motors (one in the rear and one in front), both of which running of a lithium-ion battery cell, the Sports Coupe uses each motor towards a specific driving component. The 40 kW front motor for example is used to power the Sport Coupe's six-speed DSG dual clutch. The 85 kW back motor kicks in when taking off, as well as when cornering  to ensure power is evenly distributed. As far as the petrol element goes, that's taken care of by a 3.0 litre TSI V6 engine, which is paired with 500 Nm of torque.

So what does this GTE hybrid system yield? The Sports Coupe can hit 100 km/h in just 5 seconds for one, which should have most sports cars anxiously checking their rearview. On the more environmentally friendly side of things, it can muster roughly 52 km with zero emissions in fully electric GTE mode.

According to VW, the Sports Coupe can manage 1200 km off a single tank of fuel, which should make it even more enticing when it lands locally in 2016. 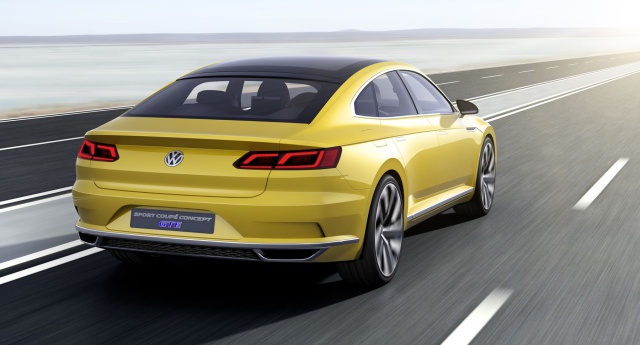