Inspired by traditional tabletop games, Wartile sees players using miniature figurines to face off against foes. The game aims to recreate the old school tabletop experience as faithfully as possible, with grid-based maps and units that look and act like actual figurines (frozen legs and all). Players command and control small groups of warriors, which they have to use to tactically take control of the battlefield.

Tactics in Wartile can take the form of standard decision-making, such as how to best attack a fortified position, or how to deal with ranged enemies when you only have three axemen. The game also incorporates tactical or “Godly” battle cards which players can use during battle. These cards are selected and put into a deck before the start of the game, and can be used at strategic times to heal an ally, or strike an enemy with lightning, for example. 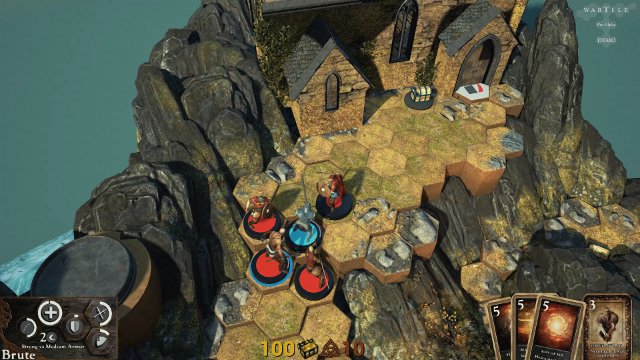 While a game like Wartile would usually follow the turn-based style of traditional tabletop games, the developers opted for a “cooldown” system. This means that units can be moved around almost in real time, with each move being followed by a short cooldown period before that unit can be used again. This system retains the slightly chess-like characteristics of tactical board games, but allows players some semblance of reactionary control, meaning quick mouse reactions can sometimes save you if strategy doesn't.

I had the chance to take a look at the in-development pre-alpha build of Wartile on Steam, and while the game works on a technical level, the content available at the time of writing is still very limited. Two quick missions against the AI, and a multiplayer mode on which I could not find a match. On a visual level Wartile isn't pushing any boundaries, and some of the animations still feel somewhat rigid. These elements are sure to improve as the game goes through development however, and I look forward to seeing how it evolves. 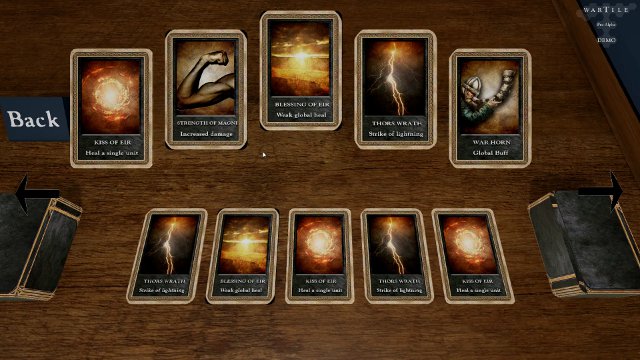 Wartile didn't surprise in any particular way, but fans of the fantasy tabletop genre should find it appealing nonetheless. The bits of story present in the pre-alpha hints at something greater to come, with a focus on Vikings and their deities, and also a smattering of historical fact checking. In one of the single player missions, you’re tasked with raiding a small monastery on the English coast, so an eventual campaign might see this aspect expanded upon. I was also able to call upon the Norse gods to strike my foes with lightning though, so don't expect the game to be too concerned with historical accuracy.

Ultimately, it's too soon to judge Wartile, but if you're into old school fantasy, and tabletop playing in particular, it might be worth keeping an eye on. Wartile is currently scheduled for a late 2016 release on Steam for the PC, with Mac and mobile versions planned for future release. 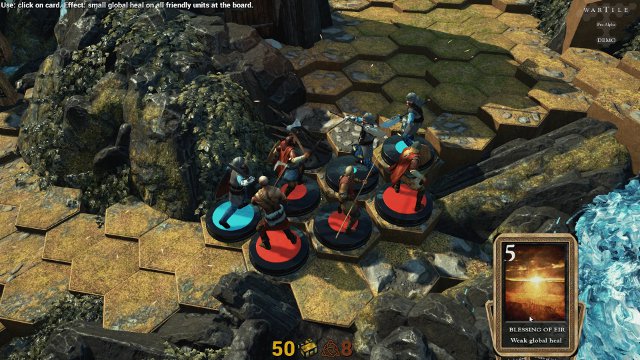 If Wartile seems like fun and you would like to contribute to their Kickstarter campaign, head here.