What we learned about the Nintendo Switch this week

It has been a full week since Nintendo officially launched its new Switch console to the world, and the initial fervour has been replaced by a bit more objectivity. More specifically, as Nintendo releases information about its latest offering, gamers are starting to make up their minds about purchasing the device with a greater deal of certainty. With that in mind, this is what we learned about the Nintendo Switch this week.

The detachable Joy-Con controllers of the Nintendo Switch are the beating heart of this new console's gaming experience. They are also pretty small and will likely get lost easily, not to mention controllers being the first piece of hardware that usually needs replacing.

Furthermore, the nifty Joy-Con grip charging pad will not come standard when purchased with the Nintendo Switch. This will reportedly cost $30 (R405), with the one grip included in the Switch box simply being able to hold your Joy-Con controllers and not charge them. 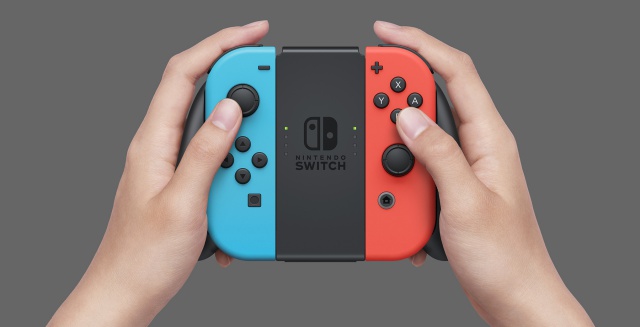 Anyone hoping to turn the Nintendo Switch into a media hub for their living room will be disappointed to hear that the console will not support streaming platforms like Netflix at launch. That may change in the future, should enough consumers require that option as a service from Nintendo, but at this stage the company has simply stated that the Switch is a dedicated gaming platform.

One of the more interesting aspects of the Wii and Wii U are the Mii's, the avatars you created for yourself and used in-game. They also form part of a social media like Miiverse, where gamers could create online communities and play against one another. Unfortunately, that's not an option for the Nintendo Switch, which means multiplayer online sessions will be a bit more generic. Users will, however, still be able to create their own Mii avatars within the Switch.

Zelda will be slightly better

The Legend of Zelda: Breath of the Wild will launch on 3 March alongside the Switch, as well as the Wii U. As far as the different versions of the game, it is the Switch which has a slight upper hand, specifically when it comes to graphics performance.

We're told the Wii U version of Breath of the Wild can be played at 720p at 30 fps, with the Switch option capable of a slightly better 900p at 30 fps. While resolution and frame rate are not always certainties for a great looking game, no doubt some gamers were hoping for at least 1080p at 60 fps.

One of the big selling points of the Nintendo Switch will be the ability to take games mobile, utilising the GamePad Pro, akin to Sony's Remote Play function. Shifting to a handheld mode, however, brings up the question of battery life, and the Switch's one is a little erratic.

Nintendo notes that users can expect anywhere between 2.5 and 6.5 hours battery life in this mode, with the quality and processor intensity of the game resulting in the four hour difference. For us, this seems a little too wavering, and only getting 2.5 hours of gameplay, while taking an overseas flight for example, might prove a tad underwhelming.

Unfortunately it is far too early to make a clear call on the Nintendo Switch. Yes, there are a handful of compromises that gamers will have to make for it, but the concept of being able to play the same game in a multitude of ways could prove too intriguing to pass up. Ultimately, we believe the library of titles that the Nintendo Switch will cater to, will be the major consideration when thinking about purchasing this console.