Will Eisner and Jack Kirby celebrated in latest Humble Bundle

Damn, this must be one of the most important Humble Comics Bundles of all time. Lovers of comics will know the massive role Will Eisner and Jack Kirby played in the industry. Jack Kirby is famous for his prestigious work rate and co-created some of the most important superheroes for both DC and Marvel. This includes Captain America alongside Joe Simon, and the Hulk, the Fantastic Four and the X-Men together with Stan Lee. Kirby was also one of first inductees in the Will Eisner Comic Book Hall of Fame.

Speaking of which, Will Eisner needs no introduction, with the annual Will Eisner Comic Industry Awards – the Oscars of comic – named after him. A pioneer in many regards and one of the best artists of his time, Eisner is best known for his character, The Spirit, while he made the term ‘graphic novel’ stick in the public mind with A Contract with God. 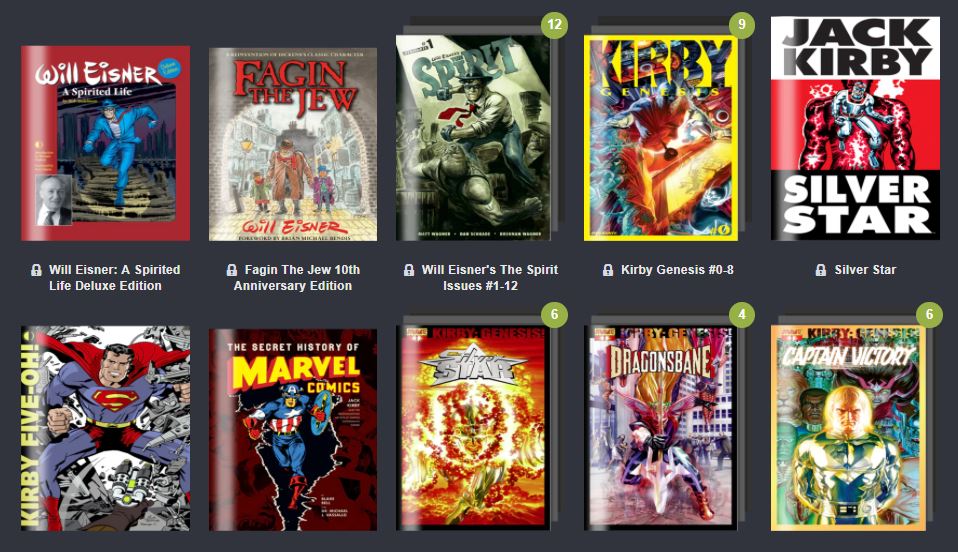 Getting back to the Humble Comics Bundle: Jack Kirby & Will Eisner Centennial Celebration (both were born in 1917, hence ‘centennial’), it brings together a number of the two legends’ comics from different publishers, including two of our favourites, Dark Horse and Fantagraphics.

You must know the deal by now, with the more you are willing to spend on the Humble Bundle, the more comics unlock. For a measly $1 you’ll receive, amongst others, Kirby Unleashed and Will Eisner's The Spirit: Corpse Makers. Young Romance: The Best of Simon & Kirby's Romance Comics should be interesting to read, knowing that romance comics almost saved the industry after superhero comics collapsed following WWII.

$5 gets you seven more titles, including Eisner’s Last Day in Vietnam: A Memory, where he worked with Vietnam vets to recount some of their tales, and Lee & Kirby: The Wonder Years, which tracks the history of these icons.

$15 bags a lot more, with the standouts being Eisner’s Fagin The Jew graphic novel, Kirby Genesis illustrated by the great Alex Ross, and The Secret History of Marvel Comics, which looks at Martin Goodman’s empire and the artists that contributed.

For fans of comic books and lovers of the art, you won’t be able to spend your money much better than on this Humble Comic Bundle.