The 2014 Fifa World Cup is the greatest footballing showpiece known to man, and while the players will garner plenty of attention, so will the boots they are wearing. We showcase three tools of the trade from the world's biggest sporting brands.

Along with being the key sponsor for the 2014 Fifa World Cup, Adidas will also be kitting out one of the world's greatest footballers, Lionel Messi. The diminutive Argentine will be sporting a pair of adizero f50 boots as part of the German company's recently released Battle Pack design. In terms of appearance, the f50 Messi features the same black and white as the rest of the Battle Pack range, with its main difference the blue coloured running along the front of the boot, representative of Messi's Argentinian roots. 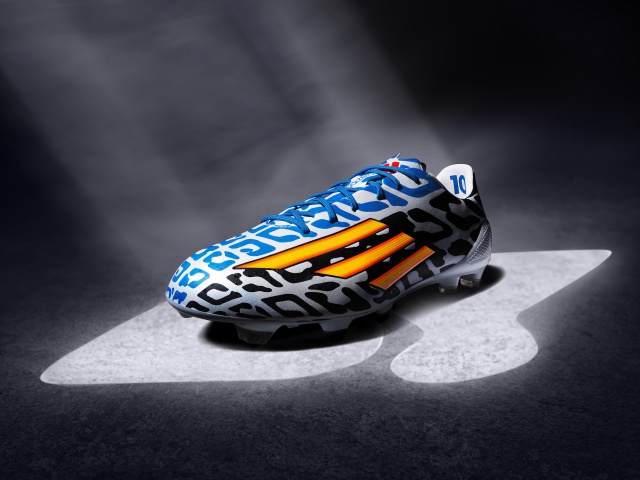 The boot is extremely light, weighing in at a mere 165 g, making it ideal for players who value speed while taking on the opposition. Its lightweight construction comes courtesy of Adidas' Hybridtouch synthetic leather material. Another key integration is the Dribble Tex raised 3D textures on the boot's upper, allowing for greater grip and control of the ball. For the f50 Messi's plate, Adidas makes use of Speedtraxion stud alignment, to offer better traction while making quick turns and weaving through defences. 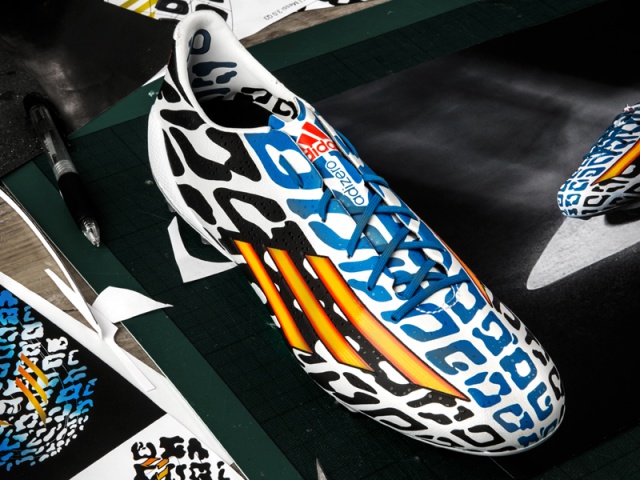 If Adidas has opted for a monotone black and white look, Puma has taken a completely different approach for its evoPower Tricks World Cup boots, favouring a pink and blue colourway. What makes this colour choice so unique, is the fact that each boot is an independent colour - the right boot is pink and the left blue. The evoPower football lends itself perfectly to all-action midfield players and will be worn by the likes of Yaya Touré (Ivory Coast) and Cesc Fábregas (Spain). 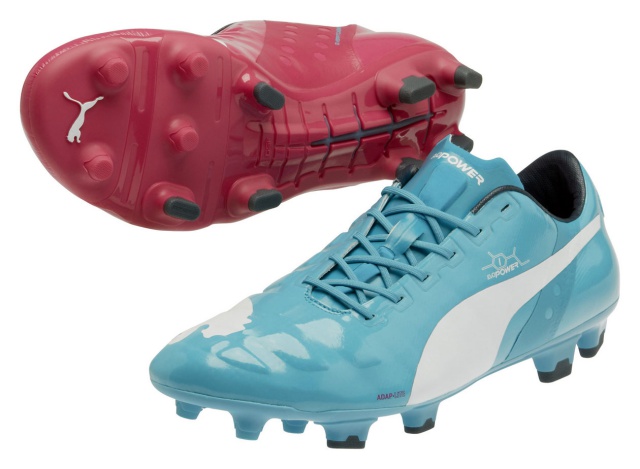 Some of the technologies Puma has integrated into the evoPower's design include an EverFit external cage to ensure optimal midsole stability for the wearer's foot. On the instep of the boot upper, Puma has utilised a stretchable material to allow a player's foot to bend more effectively while striking the ball. For the outsole plate, a highly flexible Pebax synthetic material is used for even distribution of weight during strides, and ensuring stability while playing. The distinctive pink/blue colourway is also available in Puma's far lighter evoSpeed boot model. 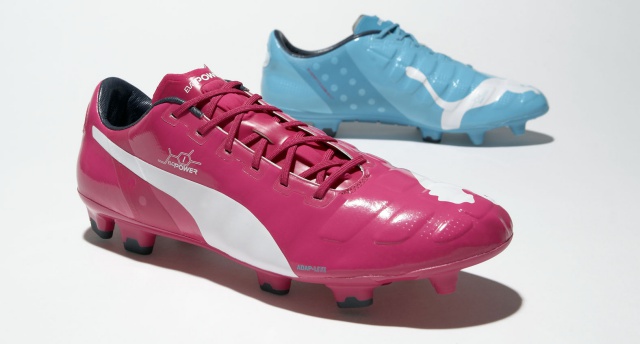 If there's a player that viewers from around the world will be waiting to see at this year's Fifa World Cup, its Portuguese phenom Cristiano Ronaldo, sporting Nike’s new Mercurial Superfly boots. The Superflys features a similar Flyknit upper construction to the Magista, a boot we previewed in March's TechSmart issue. These new Mercurial's are designed for speed, featuring a specially knitted upper and streamlined carbon fibre footplate. 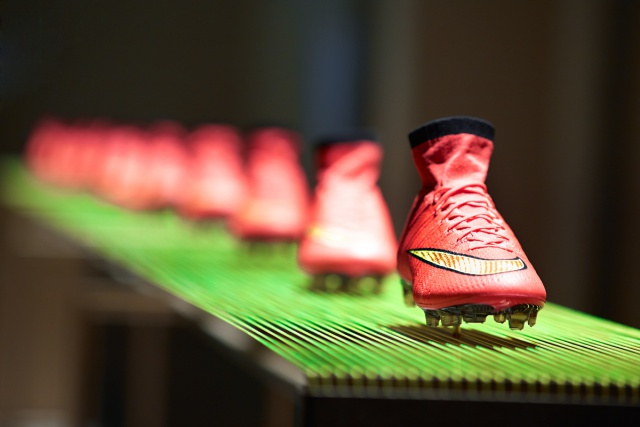 Nike believes that the three-knit weave design process used in constructing the Superfly, puts less material between the player's foot and the ball, resulting in an increased level of control. Just like the Magista, the Superfly has a Dynamic Fit Collar, designed to create a seamless fit and increased level of comfort. On either side of the boot’s upper are Nike's specially designed Brio cables, to offer greater stability when making jinking runs on the field. The carbon fibre plate for the Superfly has been trimmed down from three layers to two, along with additional studs on the boot's heel. This has resulted in greater grip and propulsion in between strides. 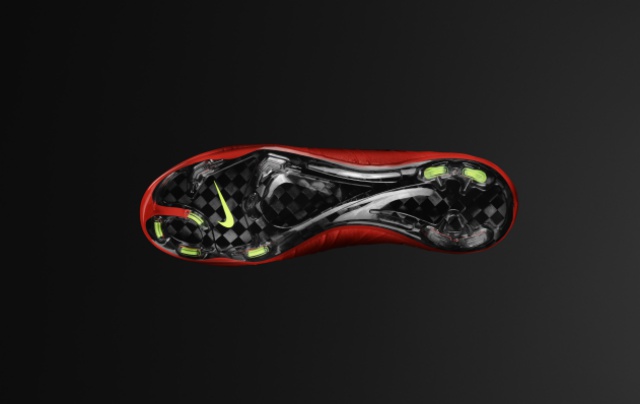