[UPDATE] Xbox One X: 5 things you need to know

UPDATE: Local pricing information for the Xbox One X has been added as per report from Nexus.

After a year of teasing and deciphering, Microsoft finally revealed its new console at an E3 2017 press briefing late last night. Billed as the "most powerful console" that the company has developed to date, the Xbox One X has a specific focus on delivering true 4K gaming content. What else do you need to know about the Xbox One X? We detail five key elements of this latest console from Microsoft. 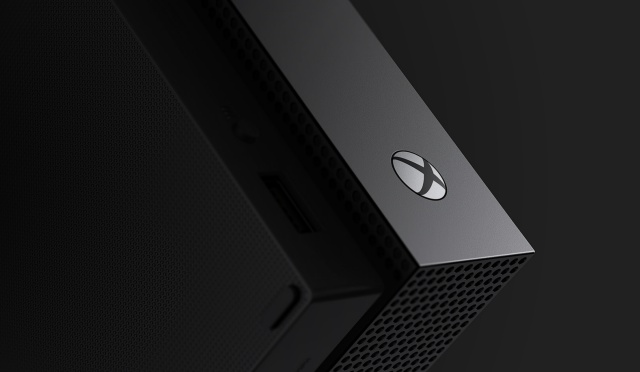 Project Scorpio? Sadly that codename has been laid to rest, replaced now by the Xbox One X. It isn't the most interesting of names, but fits in with Microsoft's current console offerings. It also means that the Xbox One has been pushed aside slightly.

This was evidenced by the fact that Microsoft purposefully showed images of the Xbox One X and Xbox One S as its two go-to consoles. To that end, you're probably going to see less and less Xbox One's in retail spaces in the coming months.

There are a number of facts and figures that Microsoft can bombard consumers with when it comes to the Xbox One X. The most important ones, however, are derived from the new Scorpio engine that lies at the heart of this console.

More specifically the six teraflops of computing power it has at its disposal. It also develops 326 GB/s of memory bandwidth via its 12 GB of GDDR5 RAM, which is paired with 8 GB of flash memory to create one of the most powerful consoles on paper. Whether that translates into a great gaming experience, remains to be seen. 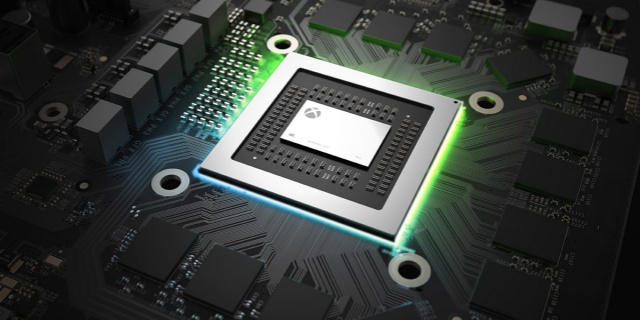 As always, Microsoft debuted a number of exclusive games that will be available on its gaming platforms, but the Xbox One X will have 10 titles (at the moment) which are designed to make the most of its true 4K capabilities.

The types of games are also far ranging, with the cute and cuddly Super Lucky’s Tale, to the Nemesis Engine-driven Shadow of War. While titles like Sea of Thieves or Minecraft could be nice to play in 4K, we think games such as Call of Duty: WWII and Star Wars: Battlefront II is where the Xbox One X will begin to show its worth. 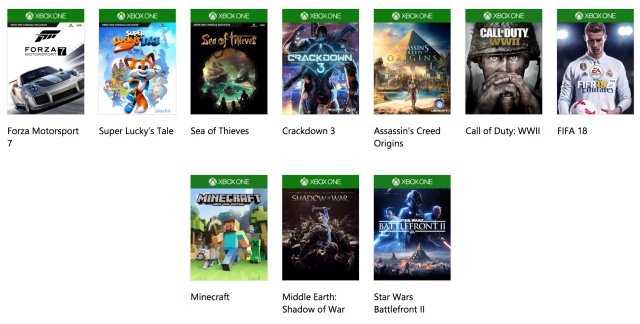 To ensure gamer's stay hooked on the library of titles that Microsoft has, the company's Backwards Compatibility programme also got a shout last night. It will work in two ways with games originally released on the Xbox One being upscaled for 4K gameplay on the Xbox One X via Microsoft's Enhanced initiative.

Looking even further back into Xbox's history, the Xbox 360 and original Xbox titles will also be making their way to the new console later this year. A more precise date for this is yet to be detailed by the company, but should be something to look forward to.

How much will all this cost you? Local pricing is yet to come from Xbox South Africa, but Microsoft did announce last night that the Xbox One X would be globally available from 7 November. It's unclear if we'll fall under this launch date too, especially as previous consoles have only landed locally several months after our Stateside counterparts.

The price for South African gamers is also amiss for now, but those in other countries will be looking to pay $499 for the Xbox One X, with pre-orders set to open up soon. Hopefully though, we'll get an update from Xbox South Africa on the One X's local launch in coming weeks.

At the time of writing, the pricing information for the Xbox One X was unknown, but a recent story by The Nexus notes the local Xbox website as listing it at R7 499. The precise specifications for the model of console is not detailed, nor is the release date or pre-order status at this stage.