Xiaomi has revealed its new flagship phone - the Mi 8. Like many of its Android compatriots, this latest offering embraces the screen notch trend, with its 6.21" display being provided by Samsung. It does not bare a resemblance to the South Korean manufacturer's phone though, instead looking a bit more like the Huawei P20 Pro, if a tad thinner.

The rest of the device is what one comes to expect from a Xiaomi flagship, with a Qualcomm Snapdragon 845 chipset internally, and a dual 12 MP camera setup on the rear. The front facing option is a substantial 20 MP offering, and one of the Mi 8's more interesting features is a dual GPS frequency to provide more accurate location data. 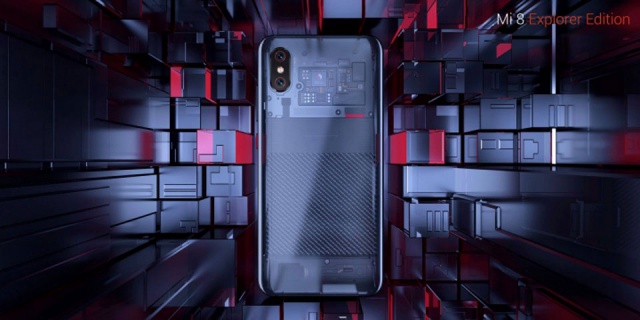 Along with the Mi 8, Xiaomi also has an Explorer Edition and smaller SE version of the device available. The former serves as an intriguing transparent back cover that allows users to check out all the internal components of the phone, although you can't really view them in action like a chronograph for example. The Explorer Edition also sports 3D facial recognition akin to the Samsung and Apple, which provides a similar animated emoji function. As for the SE edition, it's aimed a bit more at the premium mid-range market. To that end it has a 5.88" screen and Snapdragon 710 processor.

There's no word on when this trio will be available locally, but the Mi 8 is set to go on sale in China from 5 June for 2 699 yuan.