This Beer Review is brought to you by the good folks over at CraftNation, where you will find a host of craft beer news and reviews. It was written by their editor, Reghardt van der Berg.

Based in the heart of Woodstock Cape Town, the aptly named Woodstock Brewery has four beers in its line-up. The Californicator is a rather new sight on the shelves of Jozi's craft beer merchants and in the four weeks since I first bought it, it has been a regular on my shopping list. 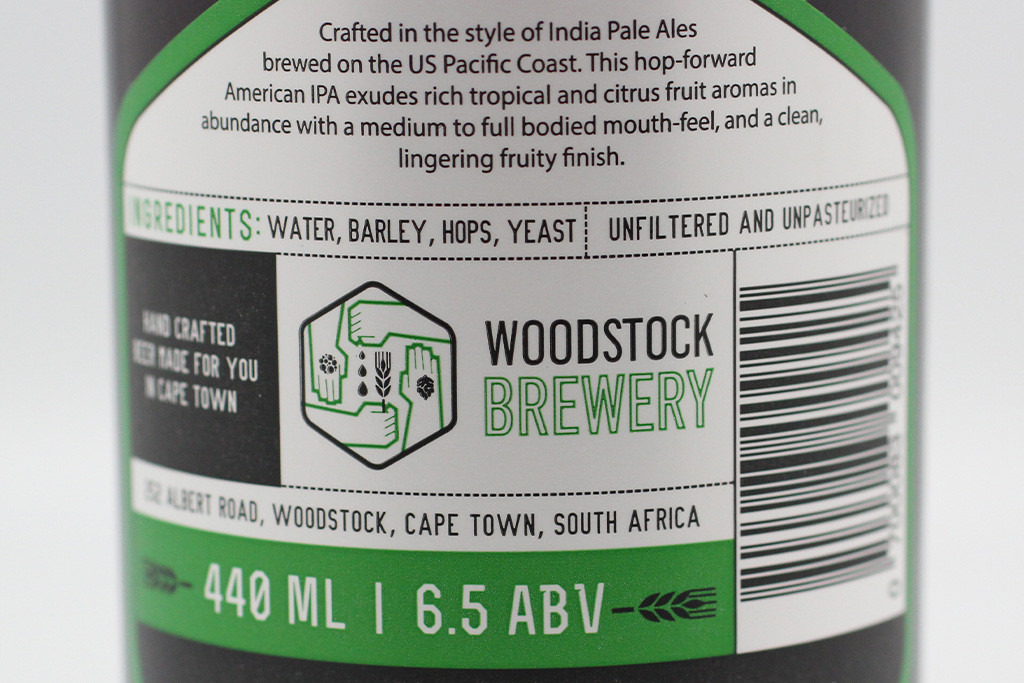 As an American IPA, the Californicator lives up to its taste profile and is a must for hop-heads. Having said that, the Californicator does not leave a lingering bitterness, so it’s easy to have a few around the fire. Another reason why the Californicator has become a habit is because it is one of the cheapest craft beers on the market. At R24 from my local craft beer merchant this beer is the best value for money at the moment, certainly if you appreciate a hoppy ale.

It would seem Cape Town delivered another winner with this craft beer, I look forward to tasting the others in the Woodstock Brewery line-up. Apart from good craft beer merchants, you can also get a case online from Norman Goodfellows. 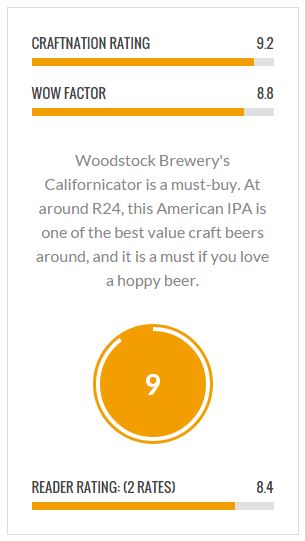