Dell Solutions Tour explores the present and future of technology

The past, present and future all seemed to be the focus of the latest Dell Solutions Tour, which took place in Bryanston last week. On the menu were heady topics, including the state of IT, the benefits of increased computing power and what businesses need to do in order to remain relevant and succeed.

Claire Vyvyan, the vice president of Dell enterprise solutions Europe, Middle East and Africa began by noting that IT is currently growing faster than it ever has before, and this is bringing a cascade of changes to not only businesses across the board but also society as a whole. Vyvyan explained that the use of IT can be classified into two camps, traditional and new IT. Whereas traditional IT (the past) encompasses mainframes, server, storage, and networking deployments within an organisation, this, she pointed out, is not the way any new business starting out would build their IT today or moving forward.

“Most startups don’t buy storage, networking and servers, as they consider them too slow and not flexible enough,” she elaborated. Instead, she continued, they might build their infrastructure completely in the cloud, or in a hyperconverged way, which is considered new IT. 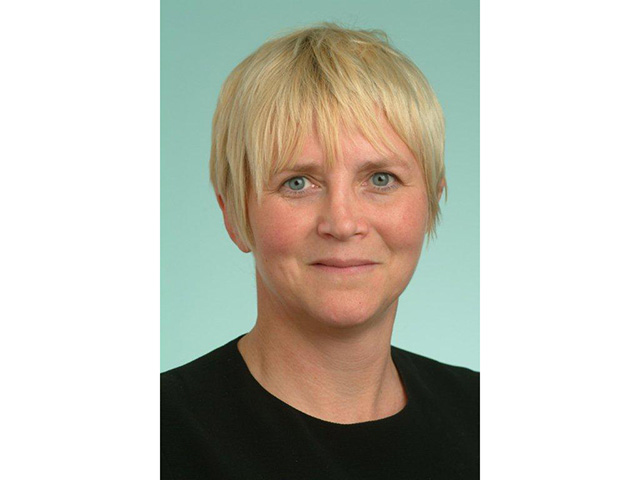 The quandary comes in for organisations which already have existing IT in place, (which could either be wholly traditional IT or a combination of traditional and new), because, according to Vyvyan, established businesses in particular need to invest in new IT if they wish to remain relevant moving forward.

The problem is that they sit with legacy equipment and it is not always feasible to discard their existing IT and start anew.

“Innovation, appealing to consumers and new application environments are all critical to businesses. If businesses aren’t on that journey, modernising the way they serve customers and looking at analytics, then they will eventually be consumed and die,” she warned.

The second quandary many face in IT, is that the need for computing power, storage and network bandwidth is only expected to grow. She stressed that in the years to come there isn’t going to be less of a need for these technologies. The problem, she noted, is that IT budgets aren’t growing at the same pace, which means that new technologies have to be even more cost efficient so that they can be used to respond to this increasing demand. The good news is that increased adoption does drive costs down.

Vyvyan also warned against getting locked into one particular IT supplier with proprietary solutions, which she pointed out amounts to betting that a particular supplier will be the innovator of the future.

This she considers highly unlikely. Rather she believes that innovation in the industry will come from a variety of sources, including software developers and startup companies, that are spread across the world. It’s for this reason that Dell urges users to utilise completely open and modular infrastructure, rather than trying to lock in its users to proprietary solutions. She explained that Dell’s vision entails building a software defined, compute-centric world, where it’s the data that is most important. The underlying architecture is envisioned as being low cost and delivered like a utility, and across which applications and data can be freely moved.

For good or for ill

Beyond the grassroots nitty gritty of how best to approach IT moving forward, the conversation then shifted to a broader view.

Vyvyan acknowledged that technology, when used irresponsibly, could and does have negative and even destructive impact, such as when one’s privacy is breached or personal information hacked. However, she was quick to stress, it has undeniably had far reaching positive impact as well, from making the workforce more connected and flexible, which in turn benefits the environment. The most exciting aspect of where new IT can take us is what advances increased computing power could usher in, particularly in the healthcare world where now the genetic mapping can be done and the transmission of hereditary diseases potentially solved.

A prime example of the far reaching impact of advances in IT was given as the Square Kilometre Array (SKA) project, which is aiming to enable astronomers and scientists to gain a greater understanding of  the birth of the universe. Along with explaining the project, Dr Jasper Horrell, SKA South Africa general manager: Science Computing and Innovation, pointed out that the reams of data that are expected to be received will be massive, measured in exabytes per day, which equates to a million terabytes.

Along with providing insight into a myriad of questions pertaining to astrophysics, dark matter and dark energy, the ability to see further into the night sky may just help answer the age old questions - are we alone in the universe, and are there other habitable, Earth like planets out there? On both, Horrell is optimistic, pointing out that the billions of galaxies each with billions of stars bodes well that indeed there is life beyond this planet.

One insight to emerge from the Dell Solutions Tour is that, while the kind of computing power that  processing data gathered by the likes of the SKA project could well be called extreme, the definition appears to be constantly moving. What was a sheer fantasy in the previous century is the kind of computing power we routinely tuck into our pocket today, and today’s extreme computing will likely become what is simply considered normal in the years to come, at which point there will be another benchmark of what extreme computing actually entails.

Already though, access to increased computing power over the cloud, and cloud have transformed the business landscape, particularly as small companies can now avail themselves of the same power that previously only the largest of enterprises could afford.

According to Vyvyan, the divide now and in the future as far as businesses are concerned appears to be between those who are merely struggling to “keep the lights on” or maintain the status quo of their IT working as is, and those who are actively creating the future. “Ultimately it is the latter type of companies which will be more profitable and create more jobs,” she asserted.

“It’s not that the former can’t be successful, but it is a mindset shift, away from spending money in the wrong way to thinking about the future of the company and how they can shape it,” she concluded.