Dell aims to optimise the present and prepare for the future

Dell had teased, tantalised and tempted that this year’s Dell Forum in Frankfurt Germany, which TechSmart attended, would bring significant announcements and interesting products. That is exactly what it delivered.

From the outset, it quickly became clear that Dell’s focus this year was on enabling IT users to optimise their enterprise. Rather than just being a nifty turn of phrase, this ambition had two sides. The first was helping customers get the most out of their current infrastructure, while the second concentrated on preparing enterprise businesses for the future.

Angus Hagerty, Dell’s president for Europe, the Middle East and Africa (EMEA), explained that as the economy had slowed down in the past few years, Dell had seen its customers turn their attention to both optimisation and cost reduction. While this happened, Dell’s own business was undergoing a transition of its own, moving from being a purely hardware-orientated company to one that was both hardware and services orientated.

Alan Atkinson, Dell’s vice president and general manager of storage, pointed out that on a broader level, IT as a whole has been fundamentally changing over the past few years to become a source of innovation. Indeed, he explained, IT has moved from being seen as merely a business expense to rather a provider of competitive advantage that could improve business efficiency.

Atkinson elaborated and reassured, that no company will simply “throw away” its data centres (or reliance thereon), or its current IT infrastructure. He continued that many enterprises are concertedly looking at ultra efficient models for their IT moving forward, with two such examples including next-gen data centres and the use of cloud.

However, the company stressed that the transition from the old forms of IT to the emerging new ones - which could be defined as being more efficient, future-ready (flexible) and services-centric - would not happen overnight, pointing out that it “was a journey”. Indeed, even mainframes, whose demise was predicted some twenty years ago, are still in existence, nor are they expected to completely disappear from the IT landscape anytime soon.

Instead, the name of the new IT game appears to be efficiency, which includes making one’s existing IT environment more agile, less complex, and more specifically, less costly. Dell’s mission, Atkinson added, was to eliminate the “rip and replace” model of upgrading one’s IT infrastructure, that could be disruptive to an enterprise.

“Dell wants to enable customers to buy their IT infrastructure in bite-sized manageable chunks. Additionally, our aim is not to lock customers in but rather make it easy for them to upgrade,” he added. He elaborated that the company was willing to “take that risk” that customers will stay with Dell’s solutions, not because they were locked in to proprietary hardware or infrastructure. Rather, Dell stressed that locking customers into its systems was "not the way" it wanted to deal with its customer relationships.

Instead, the company’s  approach appeared to be firmly set on offering hardware and services that were compelling from an efficiency and business point of view, so that customers would continue to choose them over their competitors. 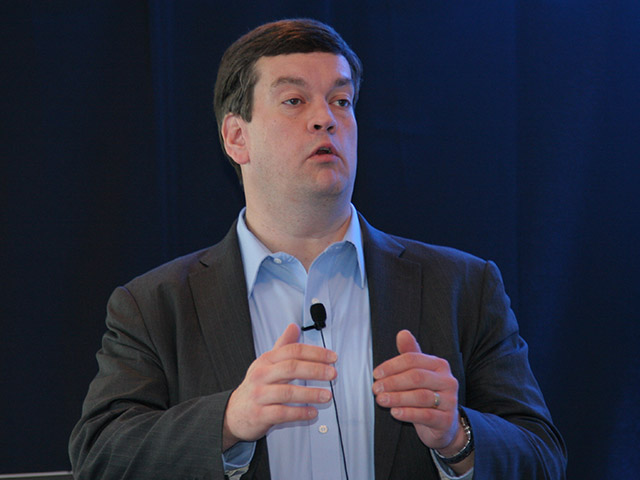 Easily one of the announcement highlights was Fluid Cache for SAN (Storage Area Network). Forrest Norrod, the vice president and general manager of Dell’s data centre solutions division, explained that in a nutshell this helps dramatically improve application performance and reduce response times by bringing data closer to the server.

Quantifying the benefits, the company asserted that Dell Fluid Cache for SAN has achieved 5 million random read input/output per second (IOPS) and can reduce cost per user by up to 71%.

Furthermore, results from Dell lab tests should be music to IT administrators' ears – such as improved database average response times, while allowing a more than six-fold increase in the number of concurrent users – increasing from 2200 to 14 000 users. 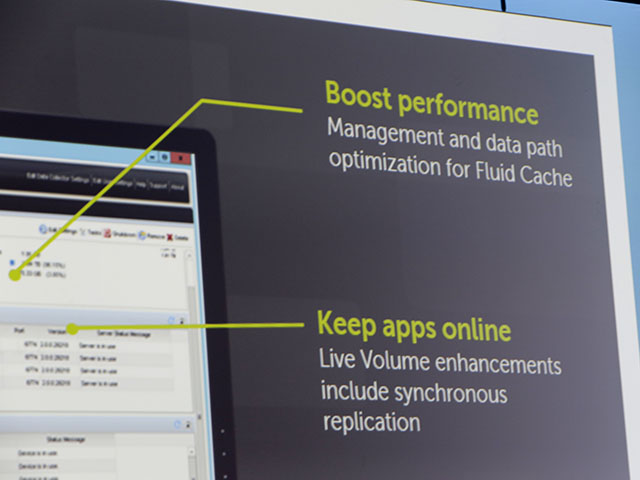 While Fluid Cache for SAN shared the spotlight with a number of other announcements, including those that took into account mobility, storage and security, it was a standout attraction of the event.

The company went on to explain that by providing a single infrastructure for data at both high and low ends of the performance spectrum, Dell Fluid Cache for SAN eliminates the tradeoffs between server performance and full-featured SAN benefits. These included reliability, manageability and data protection. Dell noted that intelligent data placement from the server to SAN could enable customers to “significantly” improve performance, while reducing solution costs by enabling "the right data to reside at the right place at the right time."

Norrod pointed out that Fluid Cache for SAN differentiated itself from other cache solutions in a number of ways. These included the fact that it offered multiple server cache pools. "As you add servers, each server’s cache can be utilised, not just the local cache, which gives users an aggregate benefit,” he enthused. Quantifying these benefits, he reported that customers using Fluid Cache for SAN have seen close to 100% improvement in their database response time.

Brad Pulford, enterprise lead at Dell South Africa, believes that IT leaders have the challenge of balancing costs with the need to provide quality IT services to ensure businesses do not risk losing customers, revenue or productivity.

“The fact of the matter is that preparing to handle an increased number of users on an infrastructure puts strain on a data centre – and the issue is  that solutions on the market today only address parts of the problem. By leveraging organic and acquired intellectual property, we’re executing on our enterprise vision and providing customers with a unique application acceleration solution that marries server and SAN technologies to bring new levels of performance and value to their business,” he noted. 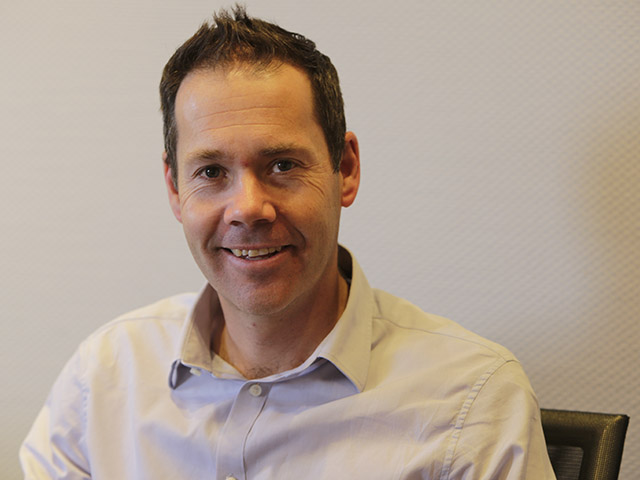 Quick responsiveness, explained Brian Payne, the executive director of platform marketing for Dell’s PowerEdge Servers, was particularly relevant to enterprises that were catering to large user bases, such as public health providers and online retailers. Indeed, not being able to respond to many customers’ demands on their system quickly, could lead to a loss of business, as frustrated end users alternatively went to a business's competitors to have their needs met.

Additionally, users can also benefit from a single interface management, as well as a consistent user interface. Echoing Hagerty and Atkinson’s earlier presentations, Norrod stressed that Fluid Cache for SAN would work with its clients' existing Dell servers and infrastructure.

Back to the bottom line

Norrod added that end users' tolerance for wait times was decreasing. However, optimisation and efficiency gains are not solely about improving a business’s customer service; it has an effect on an enterprise’s bottom line. Just one such example given was that a sales organisation that was able to get its data more quickly would additionally realise an increase in its productivity.

With this observation, just one of Dell’s announcements at its forum (albeit a major one) brought the point about the evolving role of IT full circle, once again bringing it back to IT being a business enabler and driver moving forward. This made it quite clear that IT as a whole is no longer a grudge purchase or a necessary evil. Rather, it's a critical solution for enterprises facing tougher business conditions, and an array of opportunities, both now and in the future.