These headphones certainly look like they were designed with gamers in mind, as its combination of a matte black body and red accents give it a striking, almost aggressive appearance. 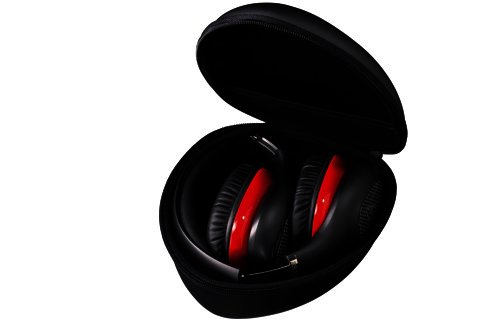 The Vulcan ANC headphones neatly fold up and slot into a handy travel case
The Vulcan ANC further boasts enlarged 40 mm headphone drivers for crisp audio. Additionally, the blade-shaped detachable boom microphone has built-in noise filtering for uninterrupted in-game conversation with one’s teammates.
Comfort is equally important as sound in gaming headphones, which are likely to be worn for long stretches. To this end, the Vulcan ANC weighs 320 g, which the company claims is 30 grams lighter than similarly sized models, while the earpieces covers consist of soft foam in breathable leather.

Furthermore, the headphones are portable, featuring a foldable design that can be slotted into the included case for transporting between competitions and LAN parties.