"Each model combines Canon's leading lens technology, a slim and stylish design and a range of stand-out technologies that make taking photos and recording HD movies easier than ever before," commented Abri Kriegler, product manager at Canon South Africa.

To this end, the PowerShot A810 and PowerShot A1300, are billed as the range’s ‘take anywhere cameras’ which the company explained offer image quality alongside simple, easy functionality that offers versatile support for shooting everything from family group shots to outdoor events.

The new PowerShot A2300 and PowerShot A2400 IS, on the other hand, are aimed at style conscious users who want a camera to capture party shots and HD quality movies on nights out. The latter of the two offers both optical and intelligent image stabilisation (IS), to help prevent camera shake and blur when photographing while moving. 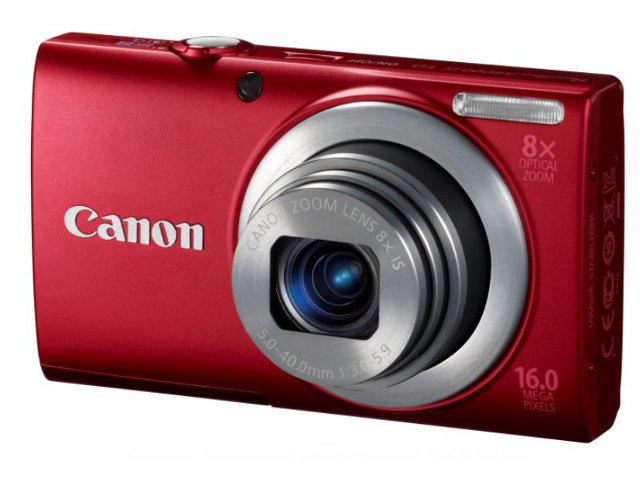 The company elaborated that each model features a 16.0 megapixel sensor alongside Canon's advanced DIGIC 4 processor “to ensure stills are captured in crisp, clear detail with natural colours.” Additionally,  the new cameras have a 28mm wide-angle lens while the PowerShot A810, PowerShot A1300, PowerShot A2300, PowerShot A2400 IS and PowerShot A3400 IS offers up a 5X optical zoom.

Similarly, each of the new models  has advanced image stabilisation, and on the PowerShot A810, PowerShot A1300 and PowerShot A2300, Digital IS mode detects motion and merges multiple images into one blur free image.

Not surprisingly, the new cameras each offer a dedicated Movie Record button for capturing 720p HD movies, along with a range of creative modes, such as monochrome, fish eye effect and poster effect.

Last year, we were particularly impressed by Canon’s IXUS 310 HS and thus we were admittedly excited to hear about the launch of the new IXUS 510 HS and IXUS 240 HS. Kriegler explained that while the IXUS 240 HS's slim and elegant design and fun functionality makes it ideal for photographing  and sharing images “anytime and anywhere,”  the IXUS 510 HS is the “perfect take anywhere camera for style-conscious users.” 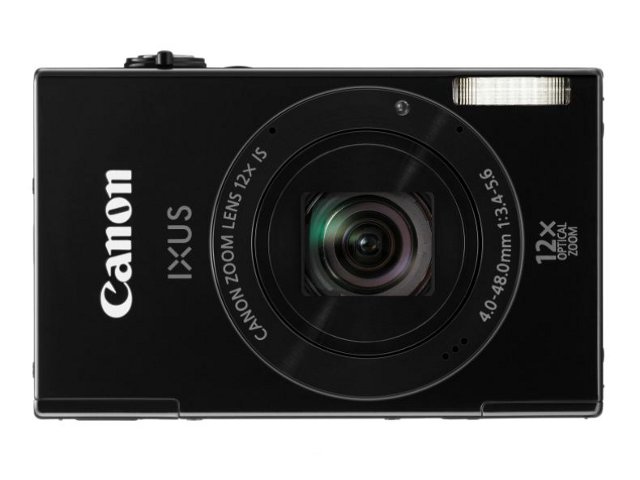 The new IXUS 510 HS may have a small frame, but it packs an
exhaustive array of features.
Common, but not commonplace

Onboard both cameras is Intelligent image stabilisation (IS), along with Intelligent IS, which the company explained “rapidly analyses the shooting scene and automatically adjusts the camera's settings, selecting from seven different stabilisation modes to ensure photos and movies remain clear and with minimal blur.”

Both models feature large, bright and vibrant 8.0 cm (3.2") PureColor II Touch LCD displays with 460 000-dot resolution – which we expect will offer the same or similar clarity, ease of use and responsiveness that won us over on both the 310 HS and the 1100 HS.

Like the new PowerShot cameras, the IXUS 510 HS and IXUS 240 HS offer a dedicated movie record button for video recording, however, they are capable of full HD (1080P) along with stereo sound.

The company explained that the CameraWindow application allows photos and movies to be wirelessly transferred directly to a range of Apple iOS mobile devices for instant sharing, as well as enabling users to share photos via email, upload them to Facebook with their own comments, or upload movies to YouTube.

In short, Canon’s new announcements introduced an exhaustive raft of features, particularly on their new IXUS cameras, that seems to have left little out. As yet though, prices and availability have yet to be confirmed, however, we suspect that Canon’s new additions will be worth waiting for.
TAGS:
CanoncamerascompactsPowerShotIXUS
USER COMMENTS

Wonder Woman virtual race happening this Sunday
Altech Card Solutions invites you to throw away your paper and pens with their l...