The Walt Disney Company this week announced its acquisition of Lucasfilm in a stock and cash transaction to the tune of $4.05 billion. This deal includes Lucasfilm, LucasArts, Industrial Light & Magic, Lucasfilm Animation, as well as Skywalker Sound, prompting concerns that Star Wars 1313, currently in development by LucasArts might get canned.

LucasArts were quick to squash these concerns in a statement: “For the time being all projects are business as usual. We are excited about all the possibilities that Disney brings.”

Star Wars 1313 (trailer posted below) is a third person cinematic action adventure title that has gamers filling the boosts of a lethal bounty hunter in the Coruscant underworld, known as the most dangerous place in the Star Wars galaxy.

No release details for this title are available yet, but we are already looking forward to playing this almost as much as watching the Star Wars: Episode 7 feature film that is targeted for release in 2015.
Thirteen is a lucky number for Google Nexus owners

EA has brought some welcome news to Google Nexus owners, with its announcement that it plans to launch several Nexus-compatible games. The announcement, probably not so coincidentally,  comes in the wake of Google’s launch of its updated Nexus 7 tablet , the Nexus 4 and its iPad challenging Nexus 10.

According to Joystiq, the game company has only confirmed a few of the thirteen titles, namely, Need for Speed: Most Wanted, The Sims Free Play, World Series of Poker, Tetris Free and Theme Park.

The titles are expected to hit the Google Play store on the 13th of November.

Fans of adventure game Dreamfall: The Longest Journey have waited the longest time for this announcement, but finally, after five years since it was announced, Dreamfall Chapters has been confirmed as being in pre-production by Funcom.

Tørnquist explained that, ever since Dreamfall ended on a nail-biting cliffhanger, players have been rightfully demanding a sequel, elaborating that his deal with Funcom will finally make that possible.

“I'm extremely grateful to Funcom for this unique and exciting opportunity, and I can't wait to dive back into the universe I helped create more than a decade ago, and continue the story players have been waiting for these past six years," he said. 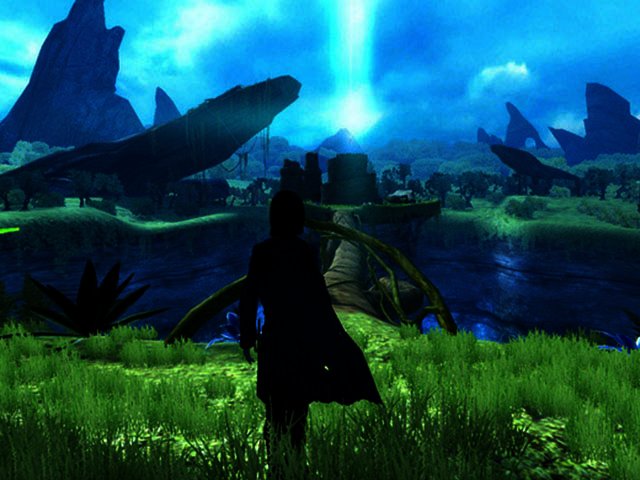 Ahead of the Wii U’s launch on the 30th of this month, and in the wake of the announcement of local prices for the new console, Nintendo has revealed additional information about Nintendo Land, the game that will come bundled with the premium pack.

The game will allow players to explore a virtual theme park made up of twelve playable Attractions, each inspired by a popular Nintendo franchise.

In Yoshi’s Fruit Cart, players will use the GamePad touch screen and stylus to draw a path for the Yoshi Cart to follow through each course. However, only the view of the course displayed on the TV screen shows fruit that must be collected and obstacles that must be avoided along the way to the goal.

In Captain Falcon’s Twister Race, players get a top-down view of the track on the GamePad, which must be held vertically and turned to steer their vehicle through a winding, twisting track, trying to hit checkpoints before time runs out. Finally, Octopus Dance will require players to use the GamePad to mirror dance moves performed by a deep-sea dance instructor; however, players will have to switch views between the TV screen and the GamePad at a moment’s notice. For a view of the trailer, hit the video below.
New Lords of Shadow: Mirror of Fate trailer revealed

Arguably one of the most anticipated games for the 3DS is the forthcoming entry in the Castlevania franchise, Lords of Shadow: Mirror of Fate.

In celebration of Halloween, which passed but a few days ago, Konami released a new trailer to wet our appetite for the 2D action-adventure title.

The game will apparently offer a meaty twenty hour long campaign, which will see players exploring Dracula’s castle and indulging in more than their fair share of platforming and bloody, whip-wielding combat. Feast your eyes on the trailer below.
TAGS:
Gaming News Round-upcomputer and video gamesNintendoMirror of Fate3DSDreamfall
USER COMMENTS