In a meeting that turned out to be very apt due to the digital distribution platform Steam being hacked, McAfee yesterday took local journalists through the rapidly changing world of cyber security.

This hack only highlighted an assertion by Craig Hockley, the regional director for McAfee in South Africa, that as the world becomes increasingly connected at a faster rate, it had opened up a myriad opportunities for cybercriminals to exploit. According to the company, a staggering 90% of cybercrime was financially motivated.

This was further exacerbated by the proliferation of devices, most particularly of a mobile nature such as tablets and smartphones. He pointed out that while the Apple iOS was relatively safe as it was a closed architecture, Android was a completely different matter, as there was malware hidden within actual applications being made available on the Android market. Additionally, Android happened to be the operating system (OS) of choice for many manufacturers bringing out new tablets and smartphones.

However,  computers and smartphones are not the sole targets for hackers; Hockley pointed out that anything that is internet protocol (IP) enabled has the potential to be compromised. As cars, washing machines, fridges, general appliances and most modern electronics were being equipped with some manner of online connectivity, the threat level increased exponentially.

This means, for example, that an IP enabled printer at a company that is connected to the network could feasibly be hacked, giving an intruder free access to the corporate network as a whole.

He explained that additionally, companies which store sensitive user information such as credit card details, are being compelled by compliance laws to prove that their systems cannot be compromised. “Unfortunately, many companies are completely non-compliant,” he warned. 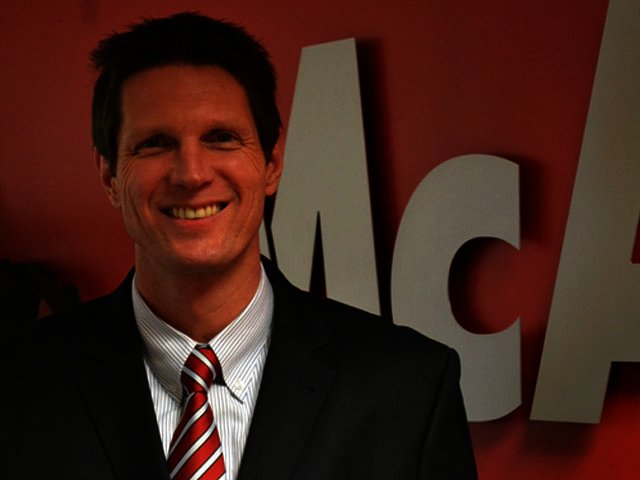 Craig Hockley, the regional director for McAfee in South Africa
You’ve been syndicated

Once a crime syndicate has one’s personal details, Hockley explained that these can be (and are) sold online for hundreds and thousands of dollars. “People’s PayPal accounts, birth certificates, drivers licenses, credit card details and social security numbers are all available for sale,” revealed Hockley.

Nor are such crime syndicates small operators. “The amount of money generated by cybercrime exceeds the revenue of all the security companies, combined,” he continued.

Extent of the threat

With 60 000 new malware threats being discovered every day, and a new malicious (unsafe) website being detected every 30 seconds, the problem is only growing. And if you have any doubts about the seriousness of the problem, you only have to consider last year’s Stuxnet worm, which is believed to have targeted Iran’s Bushehr nuclear reactor.

Hockley explained that this has bred an industry which is dedicated to creating security solutions and to responding to a rapidly compounding problem. However, the problem is that even those people and organisations that do have security software may not have a disciplined approach to updating them, effectively leaving them with their defenses down.

For large organisations, the problem is even more complex, as many companies have ad hoc security software packages that don’t necessarily communicate with each other or provide a holistic approach. Deploying a variety of products, each aimed at addressing a particular arena of security, can then become very costly and unwieldy to manage and keep updated.

McAfee to the rescue?

This however, is where the company sees its niche, by offering an integrated suite of security products that all rely on the same centralised source for updates. Hockley continued that while the company had an even split internationally between focusing on general users and enterprises, in South Africa, it currently had an 80% focus on business with just a 20% focus on consumers at present.

Nonetheless, the good news is that locally it was looking at providing mobile users with greater security through working in tandem with cellular operators. This means that, in the not too distant future, security may well be sold part and parcel of a cellular contract, much like free SMSs or offpeak minutes are available now.
To the point
In short, TechSmart walked away from what was an eye-opening discussion with a renewed commitment to safeguard our PCs, tablets and precious information, and a genuine understanding of why cyber security is so essential.
TAGS:
McAfeecybercrimesecurity
USER COMMENTS