The integration of the BlackBerry PlayBook allows for office functionality, such as the Word To Go document creation and editing app, to be made available to road warriors whilst travelling in the vehicle.

When the 7" tablet is plugged into the FRENZY’s dashboard, it becomes an integral element of the vehicle, configuring itself into the Renault environment. It is also possible, however, to unplug the PlayBook and continue working on documents or navigate the net, after you have arrived at your destination.

Business users and multimedia fans can simply plug the tablet into the FRENZY’s dashboard, and browse the web, view their multimedia or play games such as Angry Birds.

RIM’s BlackBerry PlayBook also plays an important role in the customisation of the vehicle. It can transform images being displayed on the vehicle’s exterior screen and display useful trip info or messages. Because of the former, the tablet can also be used as a mobile advertising board, either while the car is stationary or on the move, since the FRENZY boasts a sliding side door that incorporates a 37" widescreen display. 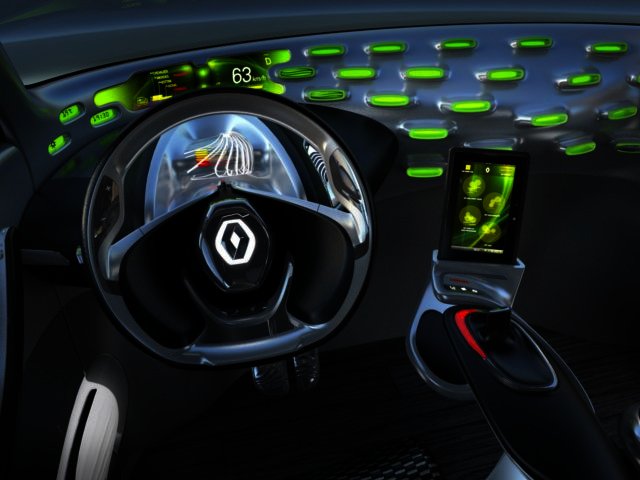 This concept car was designed under the leadership of Laurens van den Acker and is powered by an electric motor, the same one powering the Renault Kangoo Z.E. (zero emission). According to Renault, the main new feature of FRENDZY as an electric vehicle is that an extensive amount of work has gone into the sounds it produces.

Electric cars and bikes are silent, meaning they can pose a danger to pedestrians who cannot hear them coming. The French manufacturer worked with the IRCAM (Institut de Recherche et Coordination Acoustique / Musique) in order to modify the sound the electric engine produces for safety reasons.
RIM has also recently announced the name of South Africa’s first BlackBerry App Master, Joe Diedericks, who received this honour for his ‘Salon Queen’ application for the BlackBerry PlayBook.
TAGS:
RenaultRIMBlackBerrytabletBlackBerry PlayBook
USER COMMENTS