It has been an extended wait for fans here in SA, but at long last the so-called PlayStation (PS) phone has arrived. Launched at an event held in Sandton City last night, the Sony Ericsson Xperia Play is the world’s first PlayStation certified smartphone.

Featuring a slide-out game pad with digital D pad, two analogue touch pads, two shoulder buttons and the well-known four PlayStation icons: circle, cross, square and triangle, the Play should feel familiar for anyone who’ve played on one of the famous PS consoles.

Powering the Play is Qualcomm’s optimised Snapdragon MSM8255 processor with a 1GHz CPU and embedded Adreno GPU graphics processor (also featured on the Sony Ericsson Xperia Arc and HTC Desire S). This, together with 512 MB of RAM, delivers 60 frames per second 3D mobile gaming. While testing a few titles on the new device, graphics came across as smooth and controls natural, especially playing Fifa using the analogue touch pads. 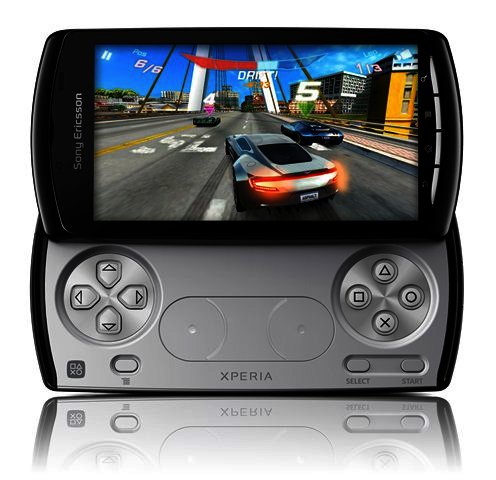 The Play runs on Android 2.3, and as the first PlayStation Certified device the Play will have access to PlayStation game content provided through the PlayStation Suite initiative, currently under development by Sony Computer Entertainment and due to launch later this calendar year. The device ships with six preloaded games (Crash Bandicoot, Bruce Lee: Dragon Warrior, Tetris, Star Battalion, Sims 3 and FIFA 10), with other games downloadable through Android Market.

Its 4” screen contains a decent 480 x 854 pixels, and with its game pad hidden behind the screen, the Play looks a lot like the new Xperia neo. Also included is a 5.1 megapixel camera with geo-tagging and auto-focus, while 3G, aGPS, Bluetooth and Wi-Fi (802.11n) also make an appearance. Storage-wise there’s not too much to talk about on-phone, with only about 400 MB available, but the device ships with an 8 GB microSD card included. Sony Ericsson was quick to point out that the Play is a phone first and a gaming handheld second.

Colin Williamson, marketing manager at Sony Ericsson South Africa, commented: “Today is a very proud moment for Sony Ericsson as we bring something truly revolutionary to the market. Living up to our vision of Communication Entertainment, Xperia PLAY will forever change the way people think about smartphones and mobile gaming."

For now the Sony Ericsson Xperia Play will be exclusively available through Vodacom in white, with other networks starting to carry it in time for Christmas. It does not come cheap though, since the Play will set you back in the region of R6000.

Here are some more games, exclusively for the Xperia Play, that were announced at this year’s E3 gaming conference: