Microblogging site Twitter is aiming to make the sharing of tweets even easier via a new email sharing feature. In addition to being able to retweet a captivating photo or amusing tweet, users will now also be able to email it to everyone not following them on Twitter or even non-Twitter users.

Twitter stated that this ability to email a tweet directly from twitter.com will be rolling out to all users over the next few weeks. User can email a tweet to anyone right from their Twitter stream
or from the details view of any tweet.

You only need to click on the “More” icon next to the reply, retweet and favorite buttons in order to email a tweet. Users will also be able to add in a comment on that tweet which be included within the email. 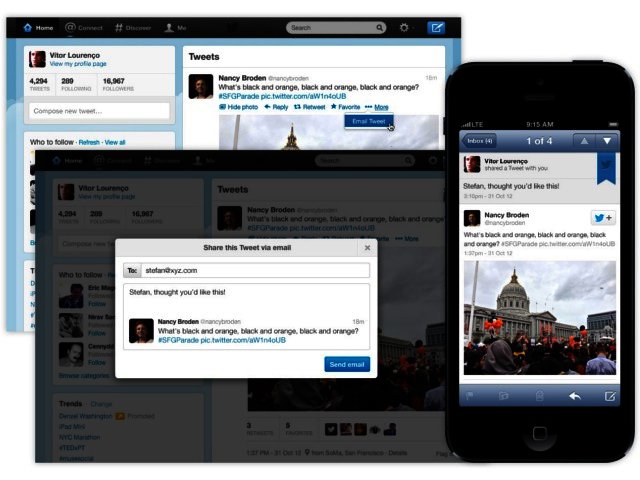 Enhancements for Android and iOS users

Beyond the new email feature coming to Twitter, the social networking company also unveiled a few improvements to the Android and iOS versions of the official Twitter application. Within search, photos from relevant results will also appear at the top of the stream.

Users are now able to preview photos as well as article summaries within the Discover section and search results. Additionally, users are able to tap on “View all Tweets” to see a continuous stream of news, photos as well as other stories shared by the people you follow as well as your followers. 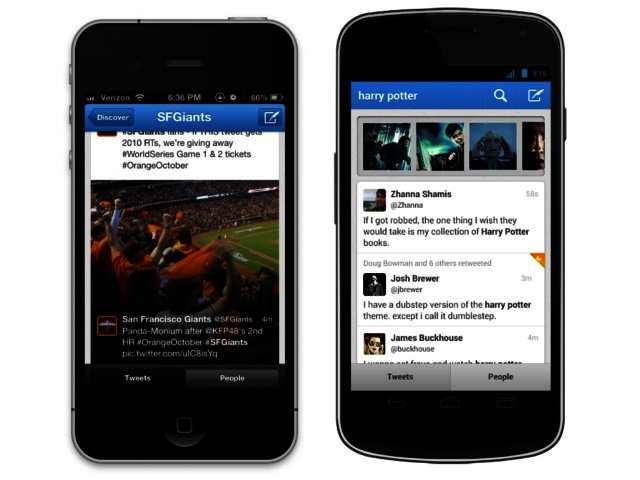