For a long time in photography circles, there were two rival camps – those who swore by the versatility of the DSLR and image purists who lay their allegiance to the superior quality delivered by medium format cameras. The Canon EOS 5Ds could well be considered the bridge between the two.

From the outside, the camera looks and feels very much like the full frame EOS 5D Mark III (review), so much so that if you didn’t have Canon’s signature embossed model number on its front, you could well be forgiven for mistaking it for that laudable camera.

Indeed, the two cameras have much in common. The build quality on the 5Ds is just as solid and sturdy, clearly being a camera destined for the hands of pros, semi-pros, or serious enthusiasts who like their cameras rugged and up to the rigours of daily work. Additionally, the button layout is identical, and the same 61 point focus system which serves the 5D Mark III so well is here too. As on that camera you get 41 cross type points, and five are double cross type, which in practice made focusing as smooth as butter. 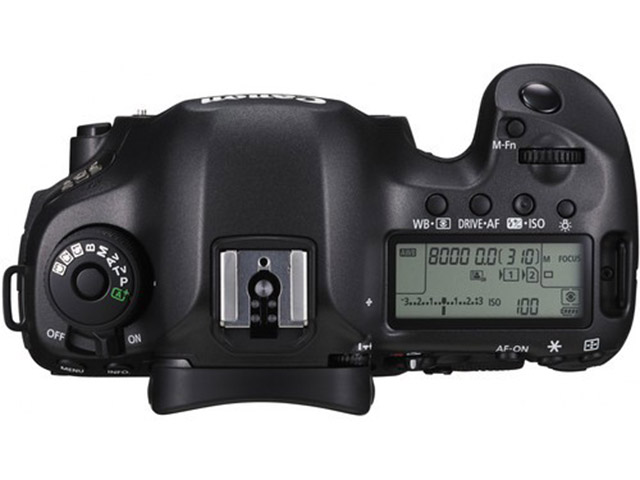 It’s not on top, it’s inside

So what’s the fuss, you may be wondering? Well, in this case, it’s all about what’s inside the camera that distinguishes it from the rest of the 5D range, namely a whopping 50.6 megapixel sensor. Now, it’s important to note that the 22.1 megapixel sensor in the 5D Mark III was definitely very capable, offering up superb, even spectacular low light handling as well as flawless quality.

Strangely enough, whereas the 5D Mark III could boast an ISO range all the way up to 25 600 (or 102 400 extended), the EOS 5Ds tops out at ISO 6400 (or 12 800 extended). I had no qualms pushing it to ISO 4000 in the bowels of the Rosebank craft market, but I would be inclined to accompany the camera with a good flash, and thus would still give the title of low light champ to the EOS 5D Mark III. That being said, the 5Ds trumps it when it comes to producing even higher quality images.

When using the camera though I couldn’t help feeling like it was most suited to a particular type of photography, namely landscape and studio shooting. Of course, that’s not to say you can’t do other types of photography with it, such as travel, nature and sport. However, with regards to the latter, it’s worth noting that the 5Ds is not a speed demon in the same class as the EOS 7D Mark II; it offers 5 fps as opposed to the latter’s 10 fps. 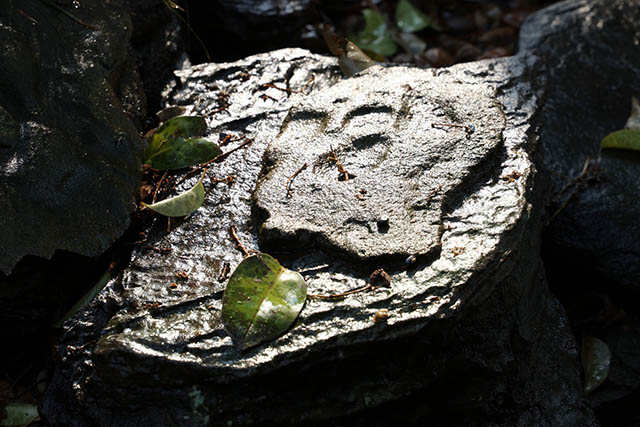 Additionally, if you shoot at the 50.6 megapixel option, the highest files the camera can produce, you are going to want to use the highest speed and greatest capacity cards you can afford. The camera produces large files, especially if you are shooting RAW and JPEGs simultaneously. The average file size of a JPEG on the camera ranges from 12 MB to 18 MB, while a RAW version of the same 8688x5792 file will chew up about 62 MB of space. The good news is that at least you have two card slots, accommodating both CF and SD cards.

I found that despite having the speedy Dual Digic 6 image processor, images still took twice as long to load on the 3” screen as on the 5D Mark III. If you like chimping (checking each photo on the screen after shooting), this is worth bearing in mind. In case this causes you to worry, don’t, it’s a second delay at most for the photo to attain crisp resolution on the LCD screen, rather than doing so instantaneously. 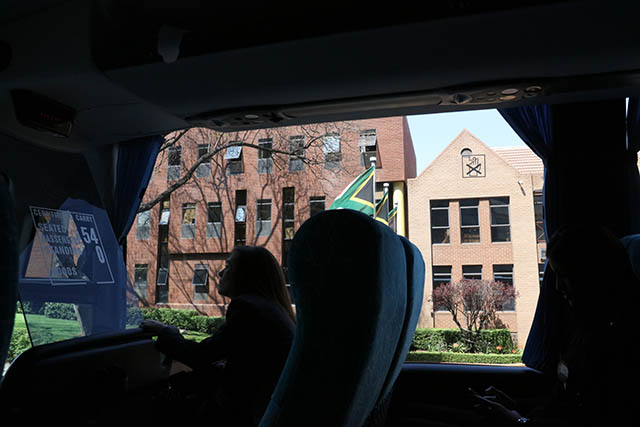 The camera's handling of difficult lighting impressed, offering a good balance between the dim interior of the bus and the bright buildings in the window. No flash used.

It’s obvious but worth mentioning that you don’t have to shoot at the highest resolution available, and you may not want to, especially if card space becomes an issue. However, I found myself enjoying high resolution images of common items just for the sheer detail on offer; it felt like going from watching an HD TV to an even more spectacular 4K one. While I appreciate the details offered by the full frame sensor of the 5D Mark III, on the 5Ds these were even more pronounced. For example, the miniscule pores of a wet rock were clearly visible, the petals of a flower ‘popped’ and the small details of delicate carvings added greater texture to the image when shooting with the 5Ds. 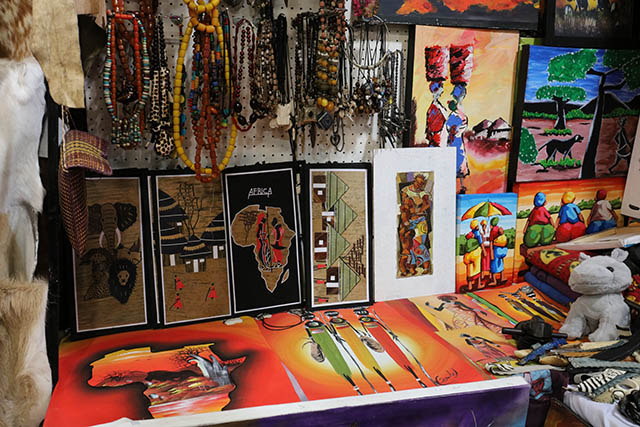 Cream of the crop

If you are the kind of photographer who also grapples with the resolution advantages of full frame vs. the range benefits of APS-C cameras when using long lenses, well, the 5Ds has a trick up its sleeve. It boasts a built-in crop mode which you can use to zoom further in on an image. By selecting the crop function from within the preview window, you can then specify which part of the image you want to crop using the selection wheel.

Thanks to the high-res sensor, I find myself still getting very pleasing images when using the feature, as the level of detail in an average image is outstanding. Yes, you could argue, you could also just do cropping in post processing, but it’s much more user friendly to do it at the time of taking the photo on the camera itself.

In essence, this makes the EOS 5Ds an even more versatile camera in practical use; it can push the boundaries when required to and also functions identically to the 5D Mark III. In fact, if you are already an owner of that camera and are considering adding an extra body to your kit, I would suggest giving serious consideration to the 5Ds instead of another 5D Mark III. Unless, of course, you are in need of the extra frames per second as offered by the 7D Mark II. 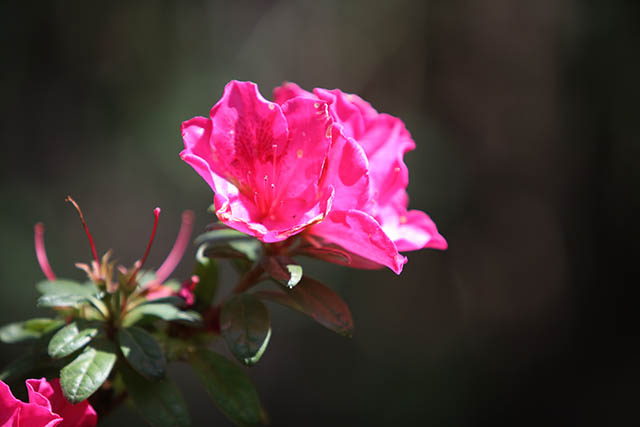 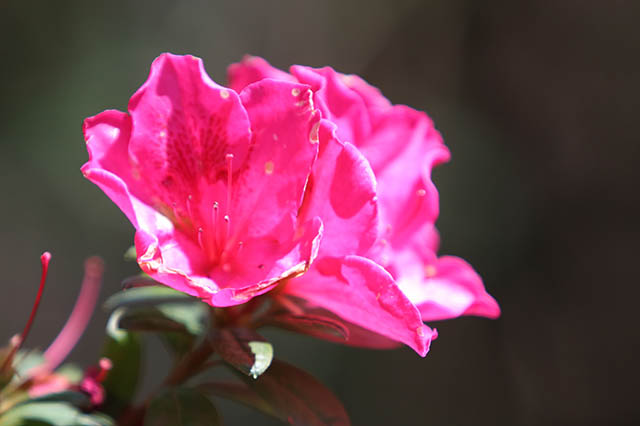 Chip off the old block

In the final analysis, the result of the aforementioned union is portability of the DSLR combined with the best quality possible touted by medium format cameras of bygone times. For landscape, nature, portrait and studio photographers in particular, who want the absolute best image resolution they can get, the Canon 5Ds is a no brainer. I found it encouraged a slower, more deliberate type of photography, one in which I lapped up more minute details in my subjects. If all the camera does is enable falling in love with the art of capturing the exquisite again, I would declare the EOS 5Ds a champion in its own right. Short of that, it’s a superb camera any way you cut it. It has a RRP of R44 000.

Hot New Trailers: Passengers
Fitbit Versa
Cloud solutions need to be always-on
The Pixelbook is Google's latest 4-in-1 notebook offering
Fitbit Versa
Seamless communication is key to CX: Here is what it should look like
Snapping the chains that bind the business to legacy telephony limits