If there is one thing that Nikon’s Df camera has done extremely well, it’s to divide opinion, in part because it feels so out of place. Nikon has decided to test the retro waters with a full-frame camera and not with their smaller, cheaper Dx range (APS-C sensor). The Df is more expensive than other full-frame cameras that basically have the same functionality, and, much like its film-based older brothers, it also doesn’t do video.

As everyone else, we also have an opinion, but it’s more split between really liking the camera, and feeling that it somehow falls short. The Df does elicit a number of stares and a certain amount of fawning, but for a retro camera it feels too big. Although it’s the lightest of Nikon’s full frame range (765 g vs the D610’s 850 g) it is much bigger in size that most of Nikon’s iconic 35 mm cameras on which it is modelled.

Retro design also puts the controls in the right place and makes access to certain functionality easy, but Nikon didn’t quite get it right with the Df. Two easy examples – the ISO control on top requires your full attention when you want to adjust it, while the front dial is quite stiff and its placement is a bit awkward. 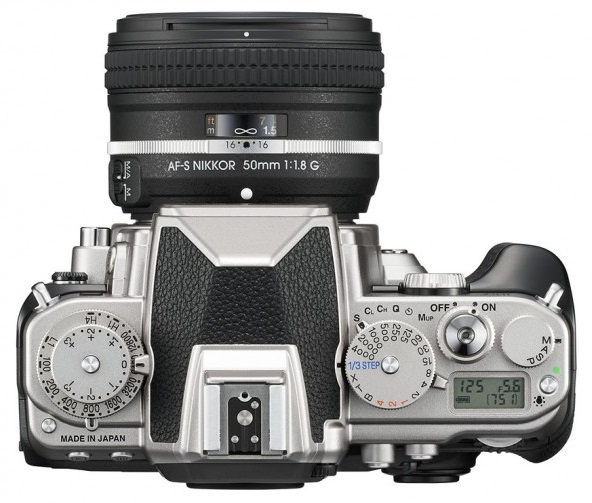 Lots of dials, but not all making the process easier.

Proof is in the pudding

The picture quality on the Df though, is without question spot on. It carries the same 16.2-megapixel sensor and EXPEED 3 processor found in the D4, which was only recently superseded as Nikon’s flagship by the D4s. This might go some way to explain the camera’s R37 000 price-tag, about R9k dearer than the D610 and R1k more than the excellent D800. For that price you also don't receive Wi-Fi or GPS.

With this Nikon has created a camera that will appeal only to a specific segment of photographers – those that still remember the good old days of film and with more than  a couple of bucks lying around. What we would like to see though, is a refined retro design making its way to Nikon’s more affordable (and smaller) Dx range. Now that would be an attention grabber.