Given that the previous title ranks amongst one of our favourites, we had high hopes that Castlevania: Lords of Shadow 2 (C:LoS2) would live up to its predecessor, or better yet, surpass it. In some ways it does so, in others though, it feels like a bit of a step back.

To start with, the first thing that envelops one is the outstanding score – a standout feature in Lords of Shadow and no less here. This time though, the music conjures an even darker, more somber mood, which fits perfectly with Dracula’s fate. Additionally, Robert Carlyle (28 Days Later), brings the same dark and delicious menace to Dracula’s voice as he does to Mr Gold in Once Upon a Time, and is well in keeping with the generally sky high production values.

The game starts with Dracula receiving the mother of all rude awakenings – a siege on his castle by the Brotherhood of Light, and serves as the game’s tutorial introduction into the game’s basics. 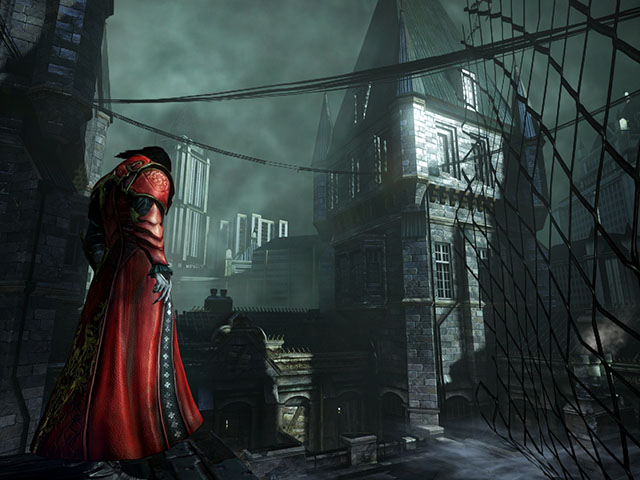 To his horror, Dracula awoke to realise that it had only taken the city two centuries to rezone his neighbourhood, rather than the usual millenium.

This also introduces one of our favourite weapons, the Void Sword, which drains health from foes while replenishing your own with each strike, as well as the Chaos Claws, handy for breaking enemy defenses.

Working with these two weapons in tandem is a joy, with fights potentially becoming a deadly dance of smashing your enemies’ defenses, dodging out of their reach and then nipping in to steal some of their health and add it to your own, before unleashing a flurry of strikes with Dracula’s shadow whip (replacing the combat cross).

The battle system once again enables Dracula to buy new moves and skills. Investing in these enables players to further have an array of devastating moves (many of which look spectacular), at their disposal, while each of Dracula’s weapons has its own skill tree.

Furthermore, the settings are frequently exquisitely detailed; and this holds especially true for segments in which you can explore the castle itself, which has a menacing life of its own. Apparently Dracula’s abode hasn’t heard of the phrase ‘home sweet home’, but harbours possession and anger issues towards Dracula, and has no hesitation reshaping itself into fearsome foes for Dracula to contend with. 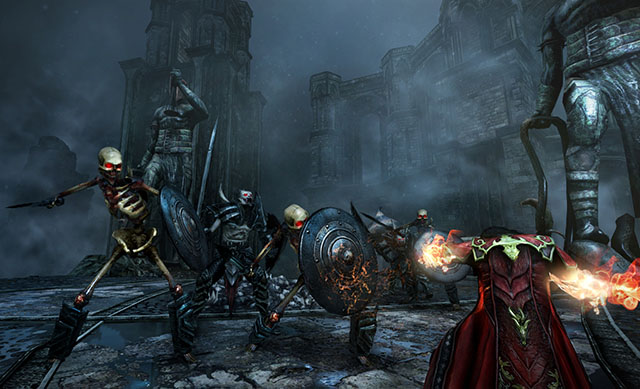 Alas, the neighbourhood welcoming committee had changed considerably as well, and were somewhat less hospitable than he remembered.

One of the more noticeable changes from its predecessor is the free camera this time around, which is certainly a welcome enhancement.

Whereas Lords of Shadow was set in the Middle Ages and took players to a variety of natural, sometimes fantastic locales, C:LoS2 sees Dracula awakening from his centuries long slumber into a more modern era, in which a Gothic-inspired city has grown around his castle.

Another surprise, and important part of the story, is the reappearance of Zobek (once again voiced by the ever-excellent Patrick Stewart), who promises Dracula his eternal rest, in exchange for the not so little matter of dealing with Satan and his acolytes. Underlying this is the rather convoluted, but simultaneously tragic story of the Belmont line; a storyline well worth pursuing and that we won’t spoil by giving anything away. 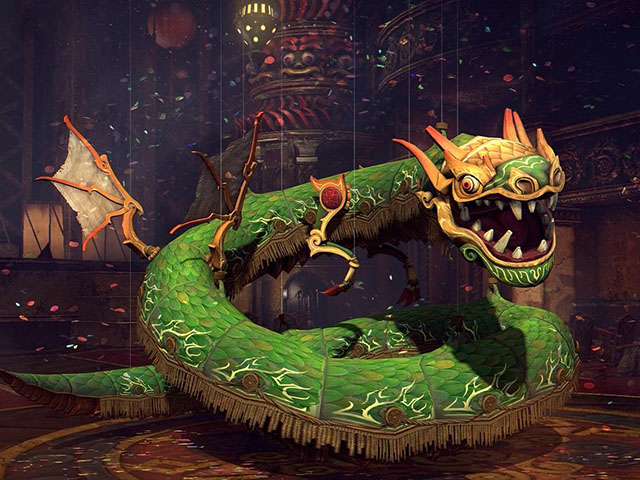 Worst of all, while he slumbered, some idiot had decided that feeding Buffy, his pet garden snake, a staple diet of fertiliser and vampire blood was a good idea.

So what’s the problem?

While the modern structures that Dracula traverses in pursuit of Satan’s acolytes are not quite as alluring as the lush environs that we loved in its predecessor, it does makes for a change of pace. C:LoS2 also introduces a number of stealth sections, and these have been the source of much of the criticism leveled at the game.

Admittedly, they are not as strong as the stealth you would find in the likes of Dishonored (review) for example, and occasionally serve to break some of the game’s momentum. Nonetheless we enjoyed the opportunity to wield vampiric powers such as being able to transform into a rat and project swarms of bats at foes.

Granted, C:LoS2 is not similar to its predecessor, which set the bar for the Castlevania franchise extremely high and still is a gem of a title, but that shouldn’t dishearten or discourage you from playing it. The game tries a few new things, with varying degrees of success, but certainly did enough to beguile us into staying up late into the dead of night and keep playing.

The good news is that already a new batch of DLC awaits, called Revelations, which further explores Alucard’s story. Ultimately though, as it is, C:LoS2 already offers a bloody fun ride – and that is all we needed. RRP: R650.