This latest addition to a once great gaming franchise has gamers re-assume the role of Master Thief Garrett, as he negotiates the dark underbelly of a corrupt city and uncovers a mass conspiracy that stretches all the way up to the highest levels of power (where else?). Is this new release enough to rejuvenate the franchise and become a major heist or simply yet another petty crime?

Kicking off Thief, you assume the role of the main protagonist Garrett. There is little info of his background, much less about the city you reside in, the current state of affairs or what motivates our protagonist’s kleptomaniacal tendencies (we’ll deal with that aspect a little later).

Your first encounter is with Erin. A fellow thief and a semi-love interest for Garrett, she is also fairly arrogant regarding her skills and often heads into situations with little thought or contemplation of consequence.

This is the exact polar opposite to Garrett’s who is precise in his calculations and thinks through every scenario before engaging. It’s an important element to take note of, as the developers have tried to instill a similar approach in the way gamers will play. This is because Thief is a stealth and strategy title, pure and simple, with careful movement between the shadows heavily favoured over face-to-face combat. 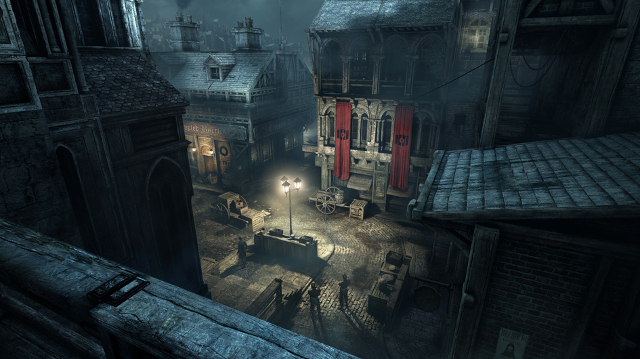 During the tutorial-esque beginning of the game, Garrett and Erin mistakenly break into a building where a mysterious ritual is taking place. Erin falls through a glass roof and becomes trapped in a circle of blue light. Trying to save her Garrett also falls… then we fade to black. Fast forward one year later and Garrett is now being smuggled back into the city, which is currently in a heightened state of panic with the security at an all time high. He is also imbued with one luminescent blue eye which allows him to “Focus” and highlight clues, targets or area of interest when activated. Confused? So were we. This is one such instance where the storyline of Thief is unable to properly inform the player and does even less to entice interest.

Added to this lack of coherent storyline, are characters that are one dimensional and completely unengaging. Garrett in particular does not exude much leading man persona and evokes no real emotion throughout the game. His interactions with other characters are equally dull and made us want to skip it most of the time. The lack of storyline development is a bit of shame, considering that the trailers seemed to show a compelling tale. 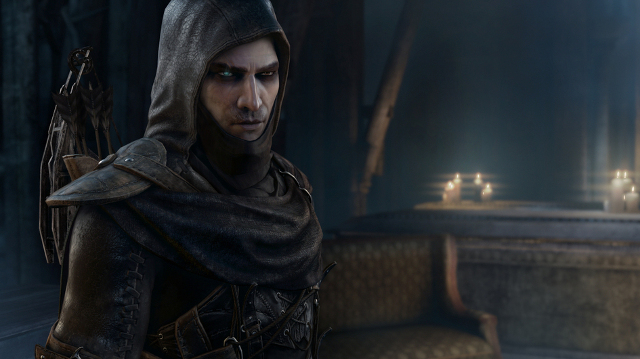 With the poor storyline out of the way, at least the gameplay is one area that Thief performs well. As stated earlier its an out-and-out stealth gaming title, with the majority of the game being played under the veil of night. Game developers Eidos Montreal has made good use of shadows and lighting throughout, while giving players the ability to control certain types of light. You are able to set alight and extinguish fires, torches and lamps thanks to range of specially designed arrows with capsuled tips containing water and fire respectively. Players are also able to crouch behind objects, peak and lean around corners as well as look into keyholes. This allows gamers to assess scenarios and situations before selecting a path or plan of action, all adding to the strategic element of the gameplay.

For those wishing to forego the sneaking around for some good old fashioned fisticuffs, you’re out of luck, as Garrett is pretty useless when taking on guards and soldiers head on, having to utilise a series of doges and counterattacks that isn’t aimed at winning fights, but rather evade escape. Should you encounter more than one enemy in this game you are screwed, with five or six blows resulting in death. Strictly speaking this is not a bad thing as Thief is all about avoidance and not confrontation, but we really wished that Garrett was less of a shrinking violet. You would think all those years on the streets of an unforgiving city might have made him a better fighter.

Thief also offers very little respite in the form of weapons, Garrett’s arsenal is tailored towards breaking into secure areas and strategically manipulating the lighting environment. The only major weapon is the forearm placed crossbow that has a host of different arrows, such as the water arrow which can extinguish flames and the rope arrow which can be fired at certain structures to offer a means of reaching difficult areas. Upgrades for these weapons along with Garrett’s focus ability can be purchased from trenchcoat sporting men littered throughout the city. You can pay with the loot you’ve swiped from homes and passers-by, or trade and barter for money instead. 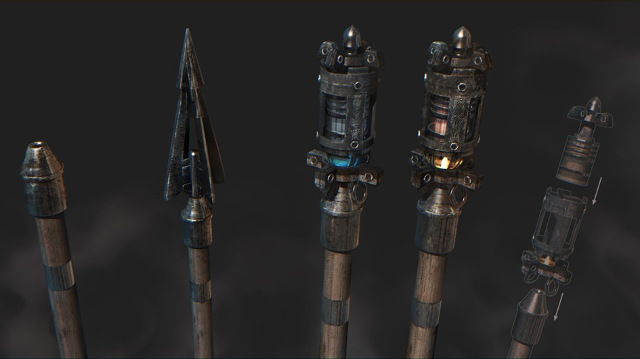 One aspect that truly frustrated us was the in-game map, which intends to offer gamers a better orientation of their environment. We say intend because Thief’s map simply does not do that, with the only indicators to speak of being yourself and your objective. Players are given a fairly crude layout of the surrounding structures, but no real detail as to possible terrains or enemy positions for example.

Another annoying element was the way designers split up different areas of the city, with spherical light beacons that transports you to desired destinations. This meant an inordinate amount of loading screens, which took at least 30 seconds to complete. It might not seem like a long time, but the sheer number of times a loading screen pops up exacerbated the situation.

Finally, Garrett will steal the white off rice if he could - the man is relentless, candlesticks and cups not being able to escape his reach. With Garrett’s focus on pickpocketing and raiding kitchen cupboards, with the occasional jewel heist thrown in here and there, it makes him feel a little small time, rather than Master Thief. 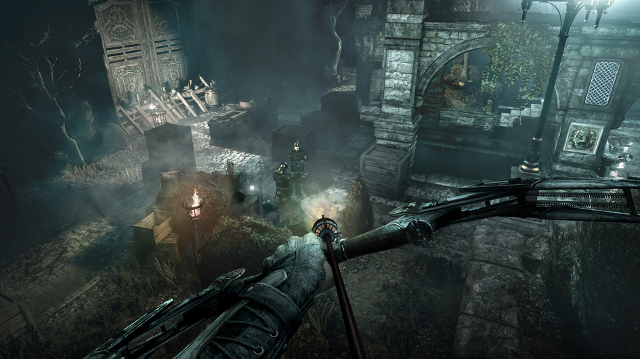 Thief performs well as a stealth-based gaming title, with the strong use of lighting and shadows supporting avoidance and evasion gameplay over brutal confrontation. But that’s about it. Garrett, along with most other characters, are completely unengaging and lack any real emotion to make gamers want to root for them.

It’s further let down by a storyline that is fairly disjointed and confusing, leaving players in the dark for the most part. We had high hopes for Thief, considering its been more than five year’s since the franchise spawned a title. Unfortunately this time round, at R700, Thief does little to win players over and, like Nkandlagate, will leave a bad taste in your mouth.