When the original Dead Space came out back in 2008, no one really knew what to expect from the fledgling new series - a rare new entry into the niche survival horror segment. The game went on to prove its worth as one of the best titles of the year though, with its terror inducing scripted sequences and limb severing plasma-cutter action. Now it''s time for Isaac to don his iconic helmet and armour once more in Dead Space 2. 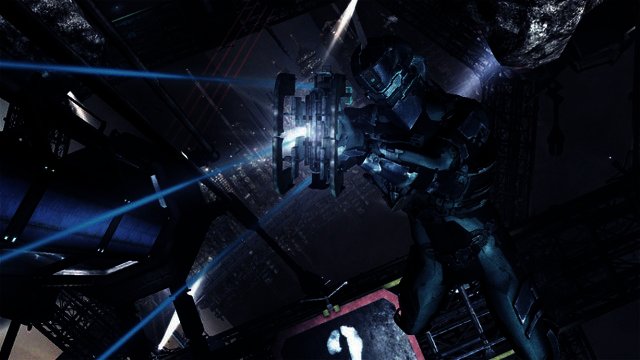 Story
Dead Space 2 takes place three years after the horrific events of the first game, wherein engineer Isaac was one of a recovery team sent to reestablish contact with the planet-cracker ship, the USG Ishimura. It was on this mission that we were first introduced to the hideous Necromorphs, garishly reanimated corpses revived by an extraterrestrial infection.
As can be attested by anyone who has played any of the Dead Space games for more than a few minutes, these Necromorphs are extremely aggressive as they try to exterminate every living thing in their path so as to use their bodies to further spread the infection.
After barely escaping from the Ishimura, Clarke now finds himself on the Sprawl, a giant space colony constructed on and around Saturn''s largest moon Titan, or at least what''s left of it.
At the start of Dead Space 2 Isaac is talking to a psychiatrist, flashbacks of the horror he witnessed aboard the Ishimura flashing before his mind''s eye. In addition to the possessed monstrosities he had to battle, Isaac also lost his girlfriend to the Ishimura, after he had encouraged her to take a job on the ship. As reality and his own tormented memories start intertwining, one of the first things we learn about this new Isaac is that he''s barely clinging onto sanity.

Gameplay
During the start of the first game it was a slow and tense affair as Isaac gradually discovered what had happened to the crew of the Ishimura, and what the culprits were. This time however we''re thrown head over heels into the thick of the action, as suddenly Necromorphs starts ripping apart every living thing on the station.
It all happens in front of you, mental patients (which includes you), are being murdered in their cells, guards are being pulled into vents or sliced in half and the same kind of terror we experienced aboard the Ishimura is making its way through the Sprawl.
The basic game mechanics remains largely as they were from the first game, although moving around the world does feel a lot smoother. Once again players control Isaac via an over the shoulder camera vantage point, similar to that of a third person shooter.
A brief tutorial introduces players to basic controls, done whilst you''re being chased down by a pack of vicious Necromorphs of course. There''s no training class over here, and the way in which the controls are explained while you''re in action really adds to the intensity of the situation.
As far as combat goes, Isaac still has the ability to melee attack (hit really hard with whatever is in his hand), as well as head stomp enemies on the ground. In addition to the melee attacks, players of course gain access to a huge variety of futuristic weaponry, with the limb slicing plasma-cutters forming the bread and butter of your offensive capabilities.
Telekinesis is also back, but it is much easier and more fun to use this time around. Players have the ability to pick up random objects in the world (think Half Life 2 gravity gun), and send them flying at enemies. And while this never gets old, what''s even better is slicing off a Necromorph limb, picking it up with telekinesis and then impaling the monster with its own arm, leg, tentacle-spike-thing. 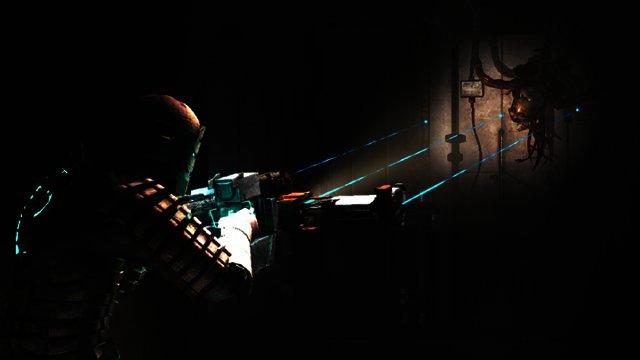 You will not survive
Dead Space 2 sticks to its haunted house premise in that players are guided through a terrifying, yet very linear experience. This isn''t necessarily a bad thing though, as the game does set-piece action sequences like no one else, including Call of Duty.
Throughout the game players are treated to a myriad of extremely scary, extremely violent and extremely well set-up sequences. Even during the first thirty seconds we were viciously accosted by a Necromorph that had been playing dead in a wheelchair, forced to the floor, and stabbed repeatedly in the head. If this doesn''t sound like something you''d enjoy, then Dead Space 2 is probably not the game for you.
Incidentally, to survive these scripted sequences players will have to correctly complete quick-time events (pressing corresponding buttons as they appear on-screen). This will of course result in a better ending, in the case of the above mentioned story, kicking the writhing Necromorph off us and seeing it crushed between two huge automatic doors.
The game is filled to the brim with heart pounding scenes like these, and believe us when we say they become much, much more intense.
Engineering under fire
As Isaac you''ll be completing a variety of missions, guided for the most part by voices speaking to you through his suit. Most missions will have you either heading to a specific location, retrieving a certain item, fixing something on the station (such as a jammed door), or a combination of these. Of course, you''ll still have to fight your way through hordes of terrifying Necromorphs to get anything done.
The game also includes a couple of basic puzzles and increased interaction with some of the other characters aboard the station. 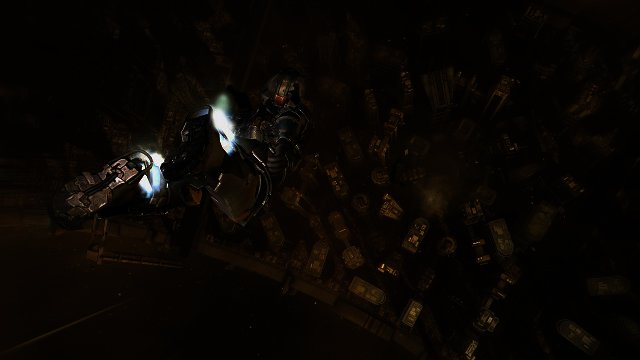 Presentation
Dead Space 2 is a beautiful game. Graphically it is amazing, burning a vivid blood-filled world onto your retinas from the moment you first start the game. Attention to detail is everywhere, with scribblings on the walls, fluttering debris and some dubious lighting helping to immerse you in the game. Watching blood spurt violently out of a freshly decapitated Necromorph has never looked this good.
Sound in the game is also a masterpiece, with paranoia inducing screeches and other environmental sound effects strewn in at exactly the right times.
Multiplayer
For the first time players will also be able to flaunt their skills with a plasma-cutter in front of their friends, thanks to Dead Space 2 supporting online multiplayer. The multiplayer mode in the game works similar to that seen in the Left 4 Dead titles, with team-based combat taking place.
Players do battle as either humans or Necromorphs, with the humans having access to the advanced weaponry in the game, as well as more health. The downside is that as a human you can’t respawn once you’ve been killed, something that Necromorph players can do. The humans will be tasked with completing some sort of objective each match, while the Necromorphs simply have to swarm and kill, making Dead Space 2 multiplayer a fun game of cat-and-mouse. Teamwork is important and anyone who liked Left 4 Dead will instantly recognise the play-style. 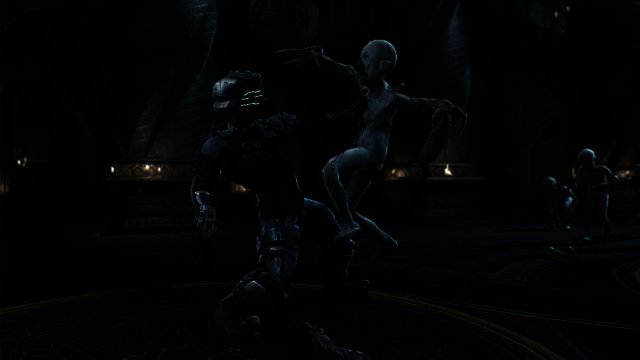 Conclusion
Dead Space 2 takes the fear factor of its predecessor and more than doubles it. The game plays perfectly for a survival horror shooter, even able to teach segment heavyweights such as Resident Evil a thing or two. With no lack of sheer terror, some awesome future technology and a compelling and disturbing storyline that could stand shoulder to shoulder with Hollywood''s best, Dead Space 2 has kicked off the 2011 gaming calender with a punctured scream of terror. A must buy if you enjoy horror games.

PROS
Superb set piece sequences as well as slicing and dicing Necromorphs like never before.