There’s no way that 500 GB of storage can be this small or light. That was my first thought when unwrapping the Western Digital My Passport Go. But it is. The drive, which is  billed as being travel friendly, lives up to its claim, taking as scant room and weight as is possible for a portable drive.

It weighs a little more than a credit card and is not much larger, albeit quite a bit thicker. While you won’t squeeze it into your wallet, you can quite easily store it in a pocket, or if you travel with a small body bag (which you really should if you don’t), one of the slots they typically offer.

So on the weight and size front, it is a winner, at least as portability goes. But what about performance? Well on that front there is a lot to like as well. As it is a SSD external drive, transfer speeds are fast – and by fast, I mean blazing.

In a real world situation it meant I was able to free up space on my hard drive in the midst of a conference without missing a beat. It also meant that I didn’t have to leave my notebook powered up and running waiting 20 or 30 minutes for a transfer to complete, saving precious battery life. 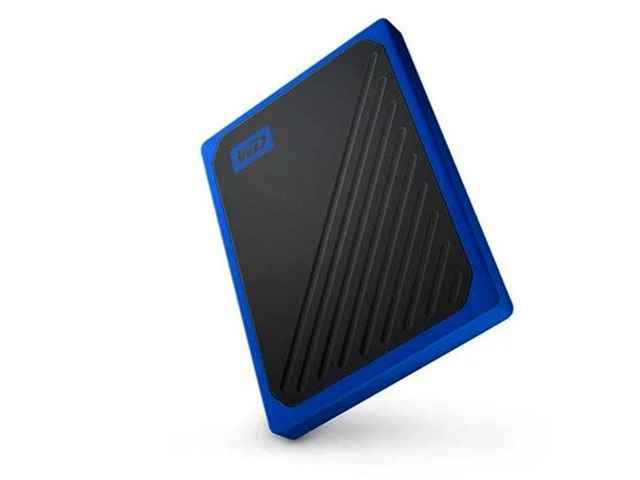 Some peace of mind

What I particularly appreciated about the fact that it is SSD though is the peace of mind that the technology offers particularly when travelling. You do get more capacious portable external drives out there that aren’t SSD. However, the worry with normal hard drives when travelling is that invariable bump or bag drop will not just put an end to your storage, but take your precious data with it. Sure, you can replace the drive – but your data? Not always quite so easily.

In SSD portable drives there are no moving parts so the likelihood is pretty good that inadvertent or inevitable drops won’t spell the end of the world.

Helping matters is that there is a nice  rubberized lining around the drive which does offer a modicum of extra protection.

Western Digital have opted for a bit of a different design as far as cables are concerned, with the USB connecting cable actually tucking into the underside of the device. This means that the drive is self contained and you don’t have another cable to contend with to connect the drive to your notebook or PC.

On the downside, the cable itself is very short, meaning that the drive ends up being very close to if not on top of  your notebook when transferring files or streaming from it.

It’s not a train smash because you can always extend the USB end of the cable, but that does take away from the convenience of having a drive and its cable as part of one unit. 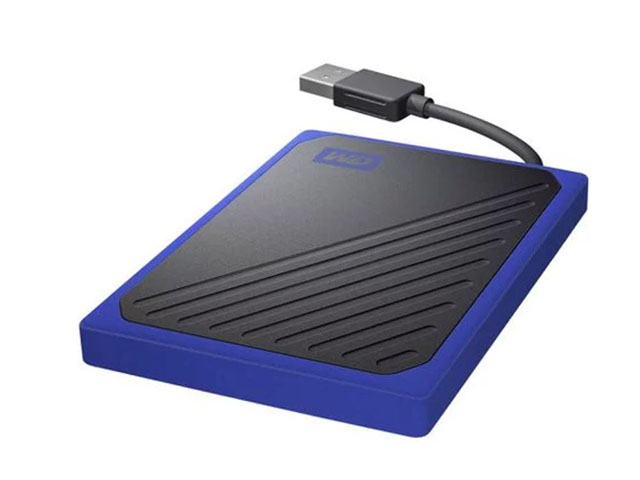 Take two of these and call me in the morning

There is another area where the drive has some promising potential, at least for iPad users. With the latest release of iPadOS, and the support for external hard drives, there is a good chance that this would offer a convenient way to extend your storage capacity on some of the more recent iPads, with the appropriate dongle.

We didn’t have a chance to test this out for ourselves at time of writing, as iOS 13 is still a bit too buggy and you need a special dongle for iPads with lightning ports to get it to work, apparently.

Nonetheless, hopefully it will prove to be a far more viable way to  watch 500 GB worth of movies on one’s tablet without shelling out wads of  money for the same capacity iPad.

Whether you are considering adding one of these to your arsenal of gadgets for your iPad or just your notebook, it’s a small, light, slim and very useful addition to do backups on the road or  just carry your movie/music/media collection with you on the go without taking up precious space in your notebook. Consider it an easily recommended investment in your data. It costs R1600. 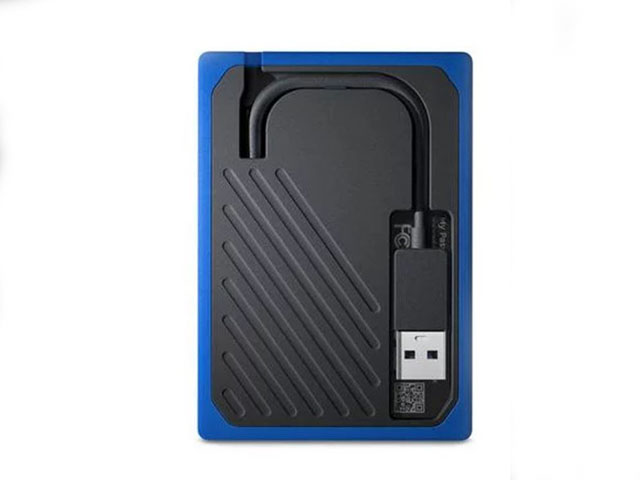