The world of keyboards has not seen much innovation the past few years, apart perhaps from the resurgence of mechanical keyboards. Logitech’s Craft keyboard then comes as a pleasant surprise, thanks to an intuitive piece of tech that makes you wonder why it isn’t more common. This takes the form of a touch sensitive input dial in the top left-hand corner of the device. 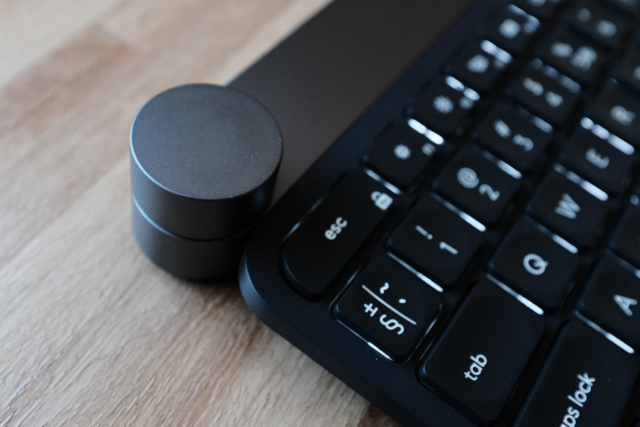 This dial allows you to control certain settings, ranging from volume control, through to switching windows and controlling Lightroom. This is all controlled through Logitech’s impressive Options software, which allows you to set what happens when you touch, click or twist the crown.

While there are controls for Microsoft’s Office range, the true value of the Craft keyboard lies in its ability to control functionality within Adobe software, including Photoshop, Lightroom and Illustrator. By turning the crown, it’s easy to fine-tune adjustments, including colour levels, shadows, saturation, etc. in these programs. 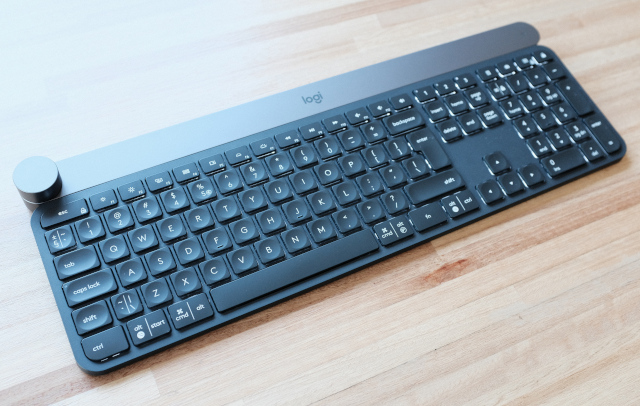 The keyboard itself is well-designed, feeling sturdy with a strong style-element to it. Indeed, a nod must go to Logitech’s designers, since this will not look out of place in the most stylish of advertising agencies. As far as typing on the Craft, it’s a treat, since the keys are slightly indented making it easy for your fingers to sit correctly, the key travel is quite short, and it’s really, really quiet. Sure, you don’t get the satisfying click of a mechanical keyboard but typing never felt like a chore. Can you use it for gaming? Sure, although there are better task-specific keyboards out there.

One thing I wish Logitech included is adjustable feet to provide an incline. As is, the Craft lies flat, providing an awkward typing position over an extended period. 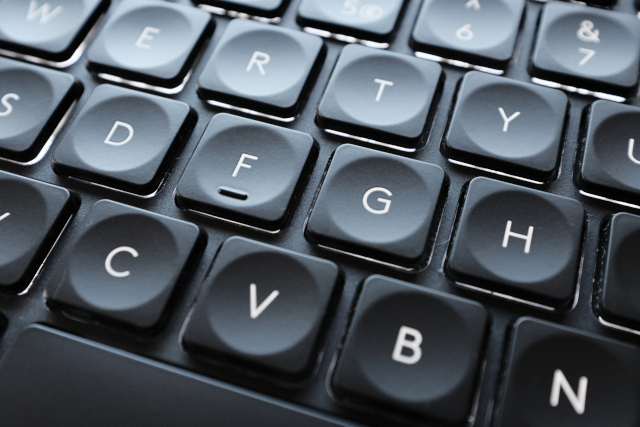 Logitech did include backlight, which starts appearing as soon as you come close to the keyboard – an interesting little touch. The Craft is, of course, wireless and can be combined with your Logitech mouse to work from only one USB transmitter. The Craft will also need recharging ever so often, which can be done via the USB Type C port at the front of the unit.

The adjustable controller crown on the Logitech’s Craft keyboard feels like a natural evolutionary step for keyboards. However, the problem is the price of the Craft keyboard. It’s difficult to justify the R3 500 (depending on where you look) price-tag if you’re only a casual user - there’s simply not enough functionality on offer. 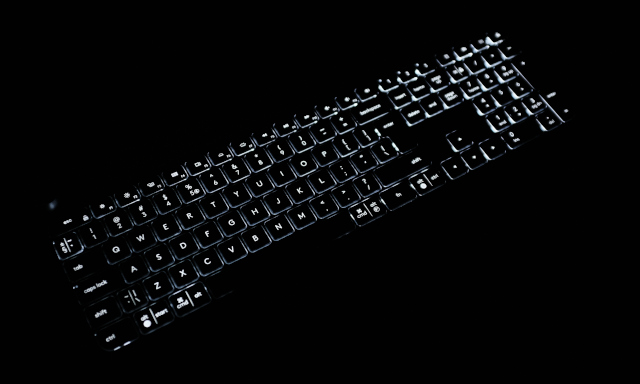 Rather, Logitech is making a play for professionals who will benefit from the Craft’s usage in Adobe’s creative suite. It’s a shame since the Craft is such a well-designed piece of tech, which would have benefited a lot of people working from home that want to progress using only their notebook, to using a stand alone keyboard alongside a second screen.