When we saw Brainiac surface in Injustice 2's latest Shattered Alliances trailer, we were convinced he was the big bad that the game would be touting. Based on the gameplay trailer for Darkseid, however, it looks like the ruler of Apokolips is true badass of the Injustice 2 universe. 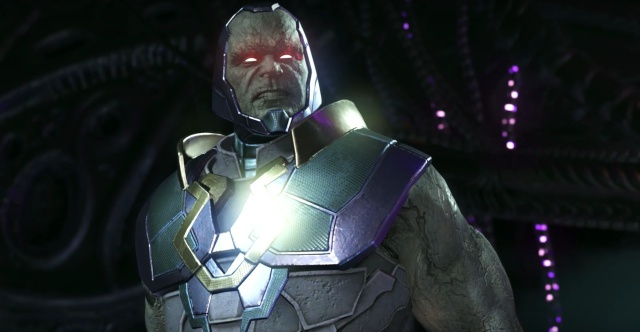 Don't believe us? Just watch the gameplay trailer below to see him put Brainiac in his place, putting his destructive Omega Beams to use, all while standing with his hands behind his back. We also get to see his trusty Parademons, which assist with counter moves and serve as a distraction for opponents.

How Darkseid will feature in the main storyline for Injustice 2 remains to be seen, but having watched this trailer, you'll definitely want to pre-order the game to access to him.