Logitech has managed to impress with several of its peripherals, particularly its keyboards and mice.  However, the MX Master wireless mouse ups the ante even more, particularly in use.

My first impressions, at least when unpacking the mouse, was, wow, that’s large, and it’s certainly not the sveltest mouse out there, owing to the noticeable platform for your thumb that juts outs on the mouse’s left hand side.

In use though, this makes perfect sense, offering a comfy place to rest one’s thumb when scrolling. Somewhat countering the device’s size is its ergonomics – it still feels very comfortable in the hand, while an ever so slightly textured finish also aids in maintaining a good grip. 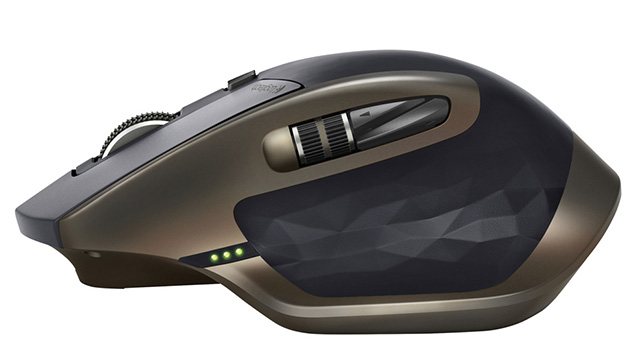 The second impression I formed from the mouse came when I actually connected it – namely, that’s fast. The MX Master is impressively sensitive. Ok, you may argue, but so are a lot of mice. Indeed, but this one is just as responsive on glass and clear plastic as it is on wood and other surfaces.

This is no small feat; glass in particular is a surface that other pointing peripherals scurry away from it  as fast as Mickey Mouse fleeing Black Pete; the MX Master handled it like a champ.

For a mouse labeled with the master moniker, you would expect it to be loaded with features, and this one certainly is. Starting at the underside, and following a similar pattern as the excellent Logitech K810 portable keyboard, there are three small LED lights with corresponding numbers above each one and a button just below.

This enables you to pair the device with three separate PCs and switch between them with the touch of a button. It’s a feature I loved on the K810, it is no less handy here, especially as I tend to move between multiple PCs and notebooks. 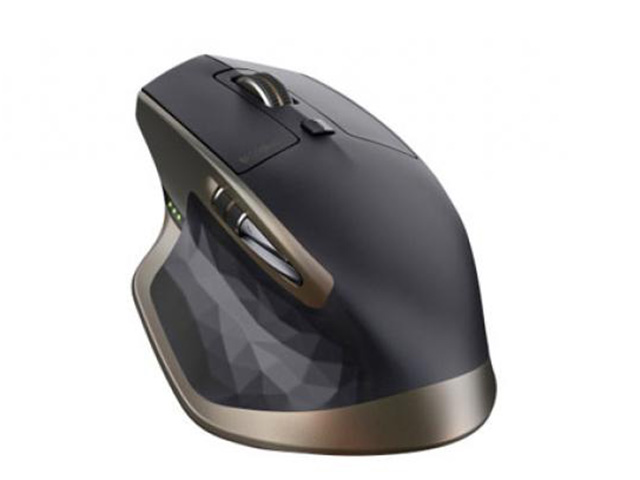 For those who judge their mice by how many buttons/wheels they boast, the MX Master has plenty. Of course, there are the standard left and right buttons, which are large and responsive. The scroll wheel in between the two is ribbed, making for a great tactile feel when scrolling.

This, however, has a couple of tricks – you can either set it to ratchet (the traditional click to click use) or to a free spin, or hyperfast mode, imminently useful when scrolling through large documents or PDFs. This needs to be set in the free Logitech Options software (a miniscule 13 MB download), from which you can also set your scroll direction, inverting it if you wish (if your brain works that way).

Just above the platform for your thumb is yet another scroll wheel, smaller this time, but similarly nicely ribbed. This one enables you to control horizontal scrolling. I found that using both scroll wheels in tandem made short work of scrolling.

Right next to this additional scroll wheel are yet two more buttons, which enable you to move forward and back respectively within a browser at the touch. These though are small and oddly shaped. Accessing the bottommost one was also more accessible than the top one, which was slightly more awkward to reach and press, for my thumb at least.  That being said, this is a minor niggle, not nearly enough to serve as a drawback. 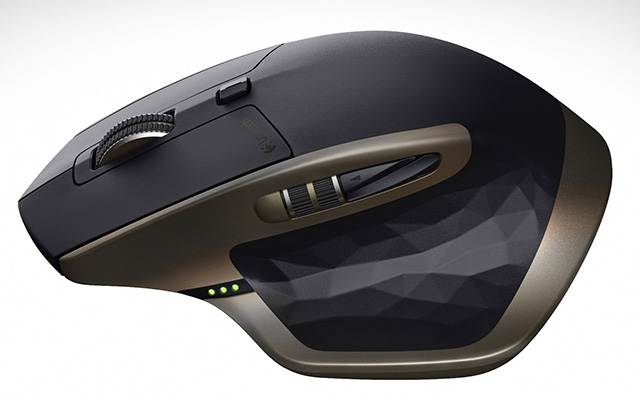 In summary, the Logitech MX Master is a terrific piece of kit. It certainly seems to be built for the perpetual browser/document purveyor in mind, although its navigation features, and ability to pair with multiple PCs effortlessly, make it a strong contender for any PC user. It has a RRP of R1400.