How far would you go and how much would you pay for a breath of fresh cool, or warm air? This is the question that the Dyson fan seems to pose. A unique approach to heating and cooling begged us to unlock its secrets to find out if this one deserves a place in your home.

To start with, the fan is quite compact, all things considered, as it stands about just over a foot high. This means that the amount of space it occupies, whether on your desk or on the floor is minimal, which is certainly a plus for those in confined spaces. Another point in its favour, as its name indicates, is that it can lay claim to offering heating and cooling from the same unit, certainly a boon when summer turns to winter or vice versa. 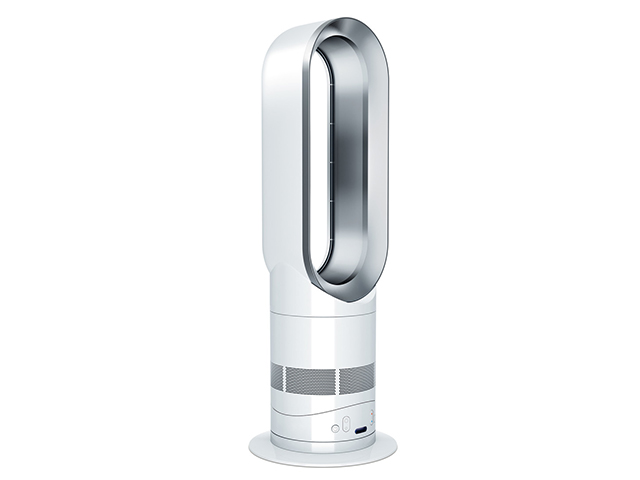 The hole truth, and nothing but the truth

You may be somewhat befuddled by its design, as it is certainly not typical. Instead of a metal grill, visible blades or vents, the AM05 sports a large slit, reminiscent of an elongated donut, from which the air is circulated and projected. How this actually works though, is pretty interesting. According to the manufacturers, the AM05 draws in 28 litres of air per second via a mixed flow impeller. Then, nine asymmetrically aligned fins, with rows of tiny holes, reduce friction caused by the colliding high and low pressure air to maintain a constant smooth airflow.

Beyond the science, I’m happy to say I found it worked very well. You can set the strength of the flow from 1 to 10; an important feature since there are those who don’t like the feeling of air being blown directly on them, whereas personally, I find little nicer on a hot day.

Additionally, the fan can also be set to automatically swivel 180o on its axis. This, I found, serves two purposes – it ensures you aren’t constantly bombarded by air and secondly it gives better, and more uniform heating and cooling coverage across a space. The machine also boasts a level of smart functionality, featuring an intelligent thermostat that maintains the temperature between 1 and 37o C.

When it hits the desired temperature the machine will turn itself off, but if the thermostat senses a drop in temperature it will turn back on to readjust. It’s a nifty plan for evenly heating a room, and in practice it works well. Additionally, the AM05 will likewise automatically turn off if knocked over, a boon to those who have animals who love inadvertently displacing household appliances. 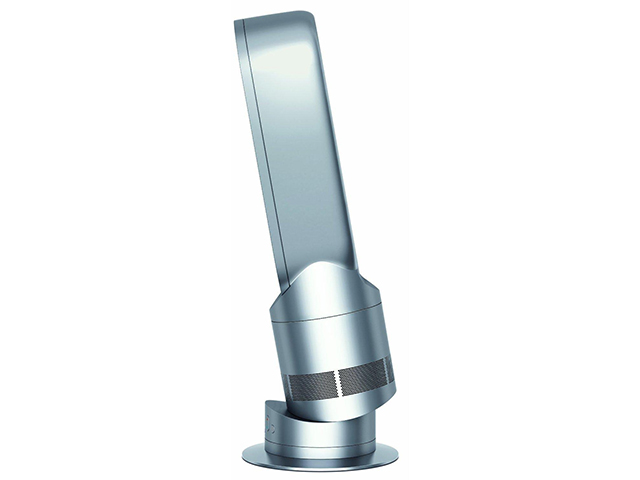 However, that is not the AM05’s main strength in my opinion. That honour belongs to how quiet it is; an absolute essential when one is working and trying to concentrate, as I found it was hardly distracting. Indeed, there are some PCs whose fans, though much smaller, are considerably louder to the point of being noisy. Thankfully, and perhaps ironically, the AM05 doesn’t share this drawback.

Additionally, the manufacturers have claimed that the machine consumes less electricity than the competition; a claim tough to test in a short term and without a good range of competitive products – and your electricity bill – handy.

The one caveat to my review is that while the machine sells with a remote control for adjusting its settings more conveniently, unfortunately this was not a feature that could be tested as the review unit did not ship with it. The bigger concern is the price, which is a costly R7 000.

Although the fan is a worthy unit to cool or warm one’s home, it still begs the question – how much is a breath of fresh air worth to you? Your answer is going to depend not so much on whether the AM05 brings the goods (it does), but rather on your budget.