Whenever a new smartphone debuts, a thorough analysis of specs always follows, but a strange new anomaly has crept up. Gone are the days when chipsets and RAM were the foremost measures of a good smartphone, as now the camera setup plays just as important a role. 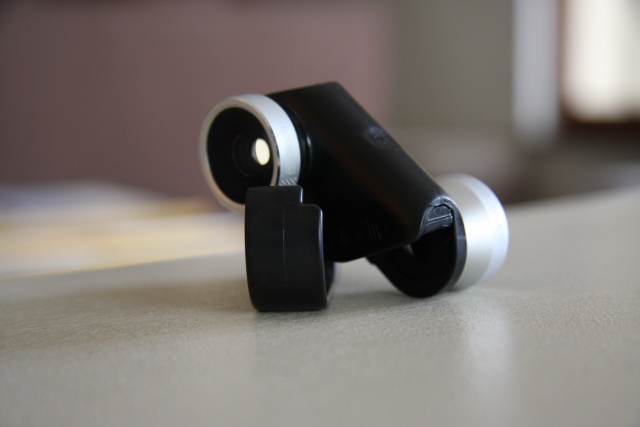 The Samsung Galaxy A5 (review) for example is evidence of that, as this mid-range smartphone had some enviable internal components.  But its true standout was the 13 MP primary camera sported on the rear. It therefore seems like camera quality is becoming just as, if not a more important consideration in the mind of users, especially if they have a penchant for social media like Twitter and Instagram. As such, an accessory like Olloclip's new 4-in-1 Photo Lens is becoming a far more intriguing prospect. This particular model is designed for the iPhone 6 and 6 Plus in particular, so I've put it through its paces to see whether the R1 000 asking price is warranted. 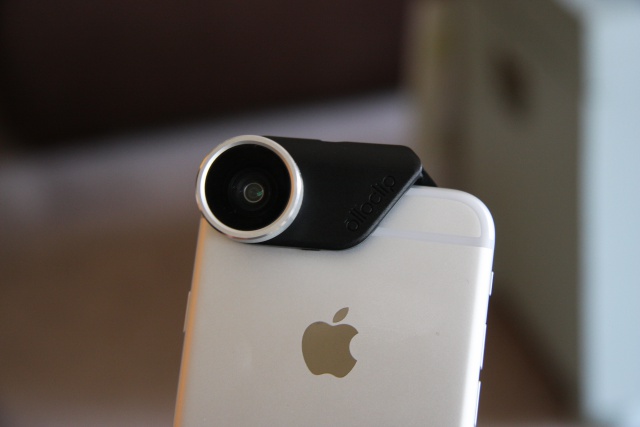 For that amount of money, you need to get a lot from an accessory. To that end, the Olloclip offering serves up two removable lenses, each with two different lens setups (bringing the total to four). Although users are able to fit either lens to the front or rear camera, the wide-angle lens is best suited to attaching to one's rear mounted primary camera. The unscrewing of the wide-angle lens reveals a 10X Macro one, designed for extreme close ups, and picking up all kinds of nuanced detail. The lens up front is fisheye one, and certainly provides an interesting perspective when photographing single objects against large backgrounds. Removing the fisheye lens will display a 15X Macro lens, which too is used for extreme close ups. 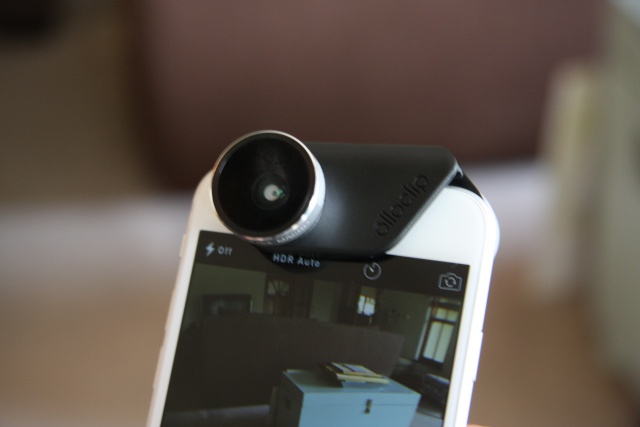 The standard lenses (wide-angle and fisheye) proved easy to use, as was the initial setup of the Olloclip, as it clicks neatly into place. That being said, when using the front facing camera, some slight adjustments were often needed to get the vignette completely centred. There also seemed to be a some slight screen dullness once the Olloclip was attached, which meant that images would look less well lit than was the actual case.

Dullness aside, the images captured looked quite interesting, and certainly felt far more appealing to use than simply slapping on a filter post-shot in editing to get a desired result. The macro lenses proved a little tricky to come to grips with at first, as a steady hand and constant distance adjustment was required to capture the ideal shot.

When you're not clipping on this accessory, Olloclip have provided a neat looking holder and lanyard, for users to wear around their neck. Also included are two lens caps, which we'd highly recommend making use of as the lenses often pick up unsightly fingerprint smudges while handling.

In terms of image quality and and usefulness as a photography tool, the Olloclip is solid, but does not necessarily hold sway over the conventional 8 MP iSight camera that the iPhone 6 and 6 Plus utilise.

That being said, it is a nice accessory to have, especially when lugging around a compact camera can be avoided. At R1 000 though, the Olloclip is a tad expensive, and becomes a bit of hard sell to the amateur smartphone users.

Instead, this accessory seems ideally suited to those users who are constantly snapping away with their smartphone, more specifically those wishing to add different angles and effects to their Instagram repertoire. If however you're happy with the performance of your iPhone 6 (as you probably should be), then Olloclip may not be for you. 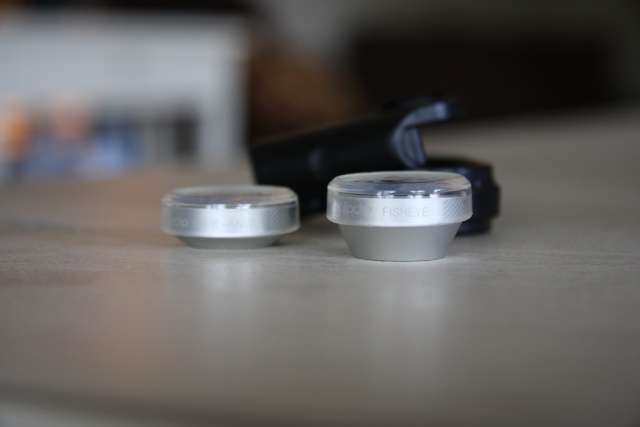 The Olloclip 4-in-1 Photo Lens is available at local iStores,  The Gadget Shop, Takealot & ORMS through Above & Beyond.