The Charge 2 is, as you might have guessed, a second generation fitness tracker from Fitbit, bringing with it a larger display as well as heart rate monitoring. It occupies the space between trackers with no interface (Flex 2) and Fitbit’s more advance options, such as the Blaze (review).

The fact that the Charge 2 comes with an 1.5” OLED screen elevates it quite a bit over no-screen units, since you can actively check for example, your heart rate, during the course of the day or during activities. The screen is black and white (not a problem), while a number of electronic watch faces are available (I selected one which neatly shows your current heart rate below the time). The Charge 2 is, however, slightly bigger in size than I expected, although still a fair bit smaller than the Fitbit Surge.

Like most smartbands and watches, in order to preserve battery life, the Charge 2’s screen isn’t constantly on, so you glance at it to check the time. Turn the watch face towards you and it switches on, but this needs to be a deliberate action. 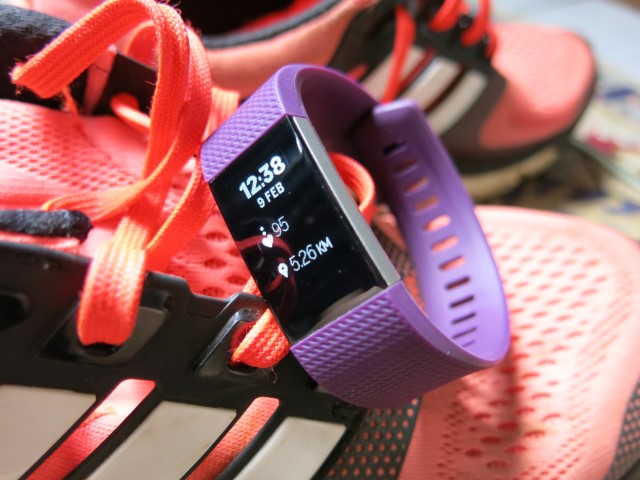 Running with the Charge 2 has both its ups and downs. I like the no mess, no fuss way of how the smartband works. Press the button until you see the Run icon, hold the button to start, press once to pause, and hold to end.

Checking the Charge 2 while running, it will display the first screen which has the distance and time passed. If you want to see your heart rate, current and average pace, or perhaps not as necessary, calories burned, current time and steps taken, you need to start cycling through these by tapping the screen. This is unnecessarily cumbersome, and having to do this while keeping your eyes on the road and a fair pace was a hassle. There is no option for the Charge 2 to automatically cycle through the different screens, nor to remove the less useful screens.

The Charge 2 makes use of your phone’s GPS to more accurately track distance and route, which comes in handy if you are running with your phone. The smartband is unfortunately not waterproof, so you need to take if off during a swim or shower. Fitbit pegs battery life at five days, and that’s about what I received wearing mine.

An interesting addition is the inclusion of the Relax functionality, that monitors your heart rate and then, through on-screen graphics, tells you when to breathe. You can choose two or five minutes to do so, which is certainly a better use of your time than looking at your Twitter feed or reading another depressing article on News24. 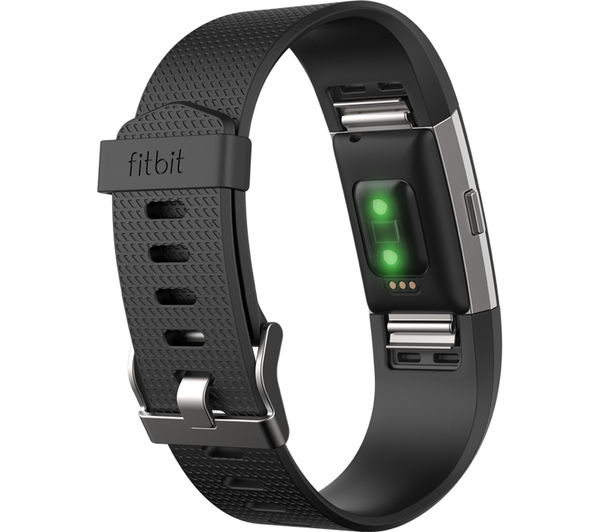 The sleep tracking functionality is great, also tracking how many times you were awake or restless during the course of an evening. Like most of the other functions, it works best after a few weeks when you have collected a fair bit of sleeping data, in order for patterns to emerge.

If you have Quick View on, you might have the same problem as me, since the screen activates during the night when turning around in bed, which leads to a rather disruptively bright light. Fitbit doesn’t provide the option to turn off the Quick View functionality during sleep, which should be easy enough since the watch actually knows when you are dosing off.

The Fitbit companion app is where you’ll be able to view all your info in greater detail. I like the new interface Fitbit is starting to incorporate, since it gives you most of the details needed in an easy to view fashion. This includes your steps for the day, floors walked, distance covered, active minutes and calories burned.

Syncing between the tracker and your smartphone can take a few seconds, and sometimes it was a bit longer than I wished. Most of the functionality of your smartband can be changed from the app (my recommendation, turn off those disrupting ‘Reminders to Move’), while there are also the options to input your water and calorie consumption. It also allows for notification to be sent to the Charge 2 when you have received an SMS or a call. 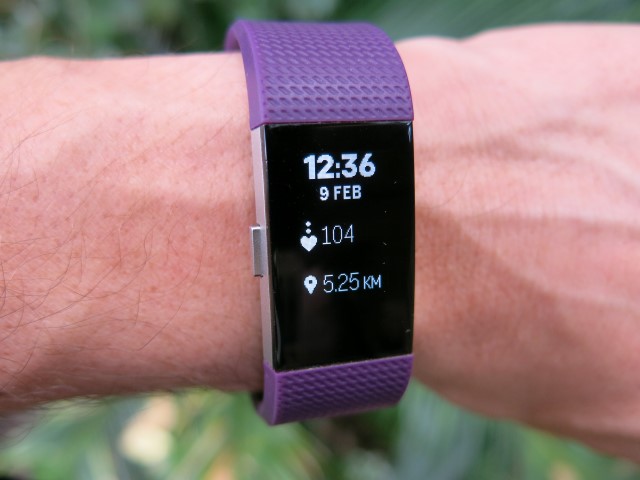 To buy or not to buy?

It’s difficult to get your kicks from a smartband that has no display, and the fact that the Charge 2 has one, without becoming unmanageable in size, is its biggest benefit, alongside constant heart rate monitoring. It’s not as big as a full-on GPS smartwatch from Garmin or TomTom, and the fact that you can see your performance during activities makes it worth the jump in price between this and for example the Alta (R2 499) or Flex 2 (R1 899)

That said, if you are spending lots of time on the road and becoming more serious about your fitness, then it’s best to rather splash your money on a decent GPS watch that’s perhaps waterproof too. The Fitbit Charge 2 retails for R2 999, and forms part of the Discovery Vitality programme.

CONS
Not waterproof, bigger than expected, large amount of information to tap through when exercising
TAGS:
FitbitsmartbandsCharge 2fitness
USER COMMENTS