FULL DISCLOSURE: Shorts were received from Under Armour South Africa as a review pair and not returned.

When out running one of the more pertinent problems seems to be what to do with a smartphone and keys if you don't want them dangling in your pockets. This, of course, also translates to race day when a bouncing collection of keys/smartphone is not exactly the best way towards a PB. Under Armour’s SpeedPocket running shorts fixes this problem with a waistband design that has pockets both at the front and the back.

The back pocket should take care of car keys or a gate remote but not a whole bundle of keys. It’s quite small so the only extras you should be able to stick in there might be the change you receive after entering on race days. On both sides of the zipped pocket there are open pockets that can accommodate maybe another set of keys. But it’s the water resistant front pocket that’s the more innovative extra, since it’s in here where your smartphone can go. 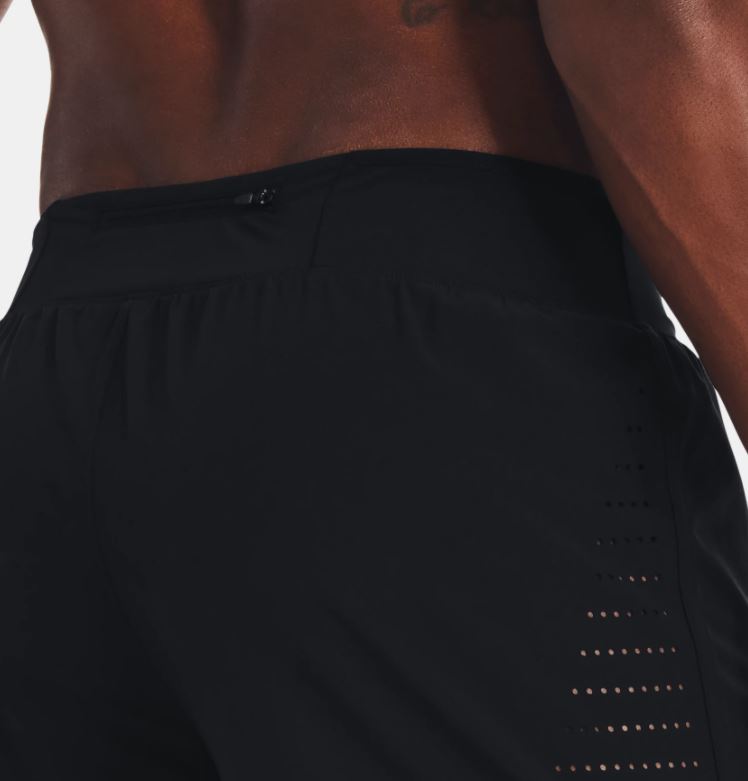 Smartphone at the front

After running in the UA SpeedPockets for a few weeks, there are a couple of things to note. The pocket at the front took care of my 6.5” smartphone, but I doubt if it can go much larger, so devices such as the Samsung Galaxy Note range will not fit (Under Armour notes phones up to 15 x 8 cm).

It takes a bit of effort to fully secure your smartphone in the waterproof pocket and it’s difficult to get the phone out and in again while running (it also looks a bit strange since you’re basically fiddling in the front of your pants). As promised though, there’s no issue with a bouncing smartphone in your pocket, with the waistband keeping it close to your body. 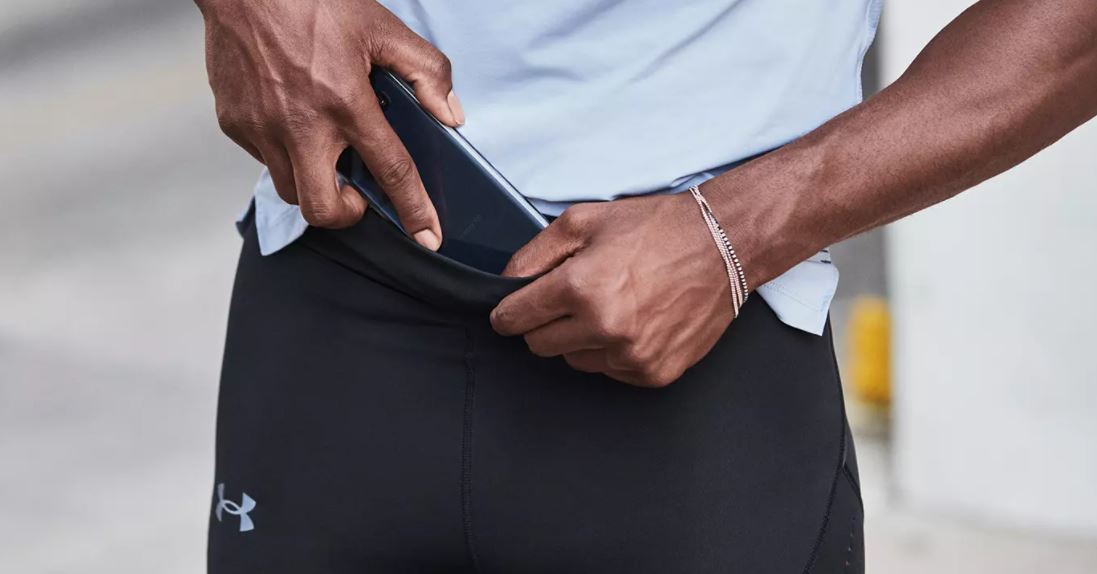 But what about the shorts themselves - are they comfortable to run in? Initially the waistband with the smartphone pressing against your belly feels a bit strange, but that’s soon forgotten once on the road. The material itself is stretch-woven to help with fit, and it also dries out quickly. There are added holes in the side of the shorts to help with a bit of air-conditioning, plus smaller reflective elements which will assist with visibility on those red-eye morning runs.

Finally, Under Armour added an inner liner so if you’re brave enough you can forgo your underwear.

The UA SpeedPocket running shorts does what it says on the box - providing a way to keep your smartphone bounce-free during a run, while also keeping a set of keys secure. That said, larger smartphones will be a struggle to secure in the front pocket, while I also wish it was easier to slot your smartphone in and out. 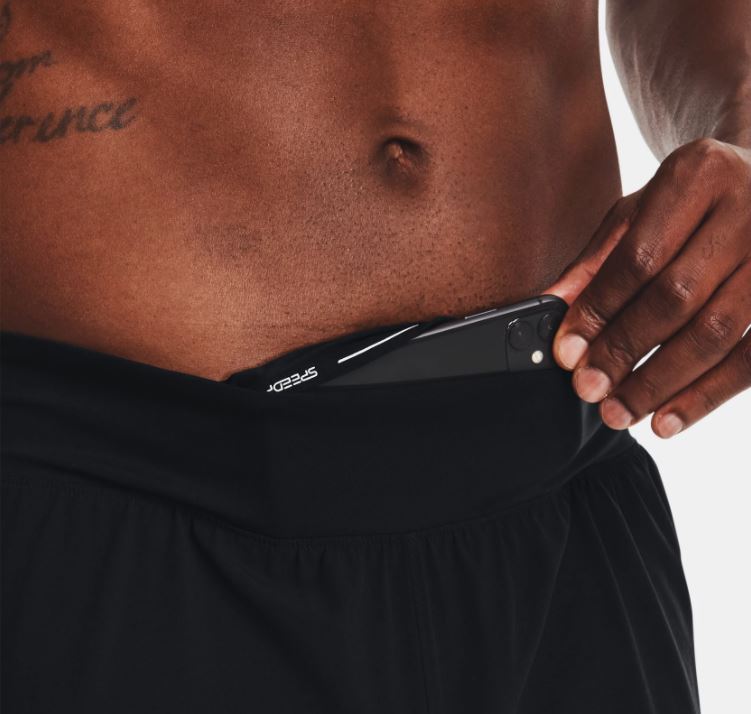 With the stretchable material used alongside its quick dry abilities, the UA SpeedPocket becomes a good buy if you’re tired of dangling pockets or carrying along an added running belt. You are paying extra for the privilege though, with the UA SpeedPocket shorts retailing for R999.

PROS
Pockets at front and back keep stuff secure and bounce-free, stretchable fabric, comfy on the road