3 Comics that need their own movies

It seems like every second movie emanating from Hollywood is based on comics these days. But what is the good stuff that the box-office is missing? Connoisseur of comic books, Moray Rhoda, investigates. 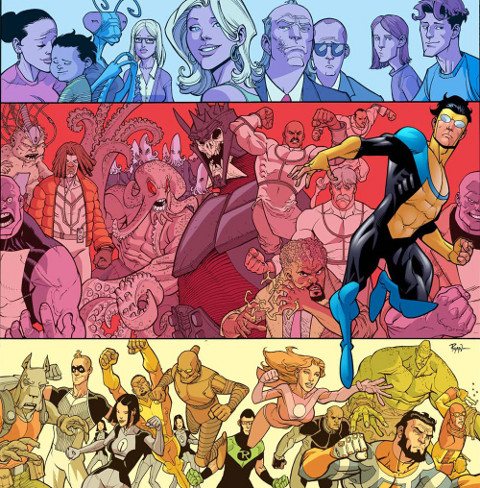 Mark Grayson appears to be an average teen, but he is the son of the most powerful superhero on earth, Omni Man. What the world also does not know is that Omni Man is Viltrumite, an alien from another planet and that Mark is the world’s newest hero, Invincible.

Known for its ultra-violence and pages of bloody fights, Invincible shows Kirkmans’ incredible ability to write believable characters and highly emotive scenes. After 100 issues the world of Invincible has become incredibly vast and stories can be set across many different planets or different dimensions, with a cast that includes aliens, cyborgs and hundreds of superheroes.

Definitely the king Joss Whedon. He has shown his ability to handle massive worlds and ensemble casts to create blockbuster movies with just the right balance of action and comedy – The Avengers being the case in point. 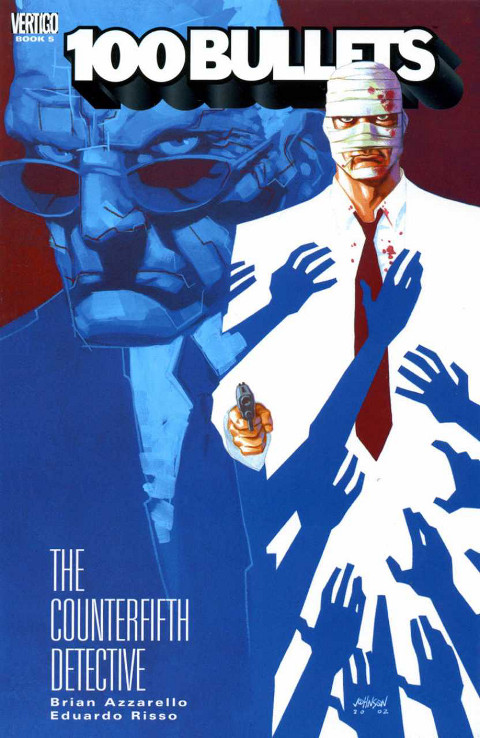 A stranger (Agent Graves) shows you evidence that your terrible life was caused by a specific person and then gives you a gun, 100 untraceable bullets and the chance to exact your vengeance with impunity.

This is the basic premise for each issue of 100 Bullets, but the broader story is about the Minutemen, a group of seven enforcers for a clandestine group known as The Trust. The Trust, formed in the Middle Ages, are the secret power that controls the New World, and, after its betrayal, also Agent Graves’s main target. Graves sets about reactivating some of the Minutemen who have had their memory wiped, such as Cody Burns who is living an unremarkable life when the series starts. The story includes many deeply flawed characters including the female protagonist - an ex-gangbanger Dizzy Cordova.

World War Z director Marc Forster should do this justice. 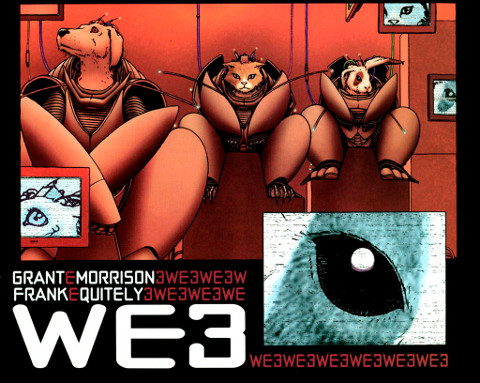 We3 are a squad of prototype killer weapons cybernetically grafted to three erstwhile pets: a rabbit (Pirate aka “3”), a cat (Tinker aka “2”) and a dog (Bandit aka “1”). The animals have limited speech abilities due to skull implants and their intelligence has been boosted. Furthermore, they are encased in body armour that incorporates mines, machineguns, flechettes and razor claws.

This violent and disturbing tale follows their escape from a maximum security military base after they realise that they are about to be de-commissioned by their creators. We3 have to avoid and kill their military pursuers and also some other bio-engineered (newer) animal weapons sent after them to gain their freedom and a place they can call home. This is a comic that is difficult to forget.

James Cameron has the best chance of making this world a believable, terrifying and heart-breaking place.

For voices we would like the following. Dog: Christian Bale, Cat: Angelina Jolie, Rabbit: Kevin Spacey. 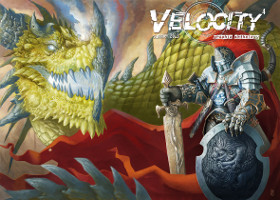