Fantasy buffs, the superhero set, and kids/grownup kids all have something to snack on in our comic book guru Moray Rhoda's Top 3 Comics of 2013 selection. 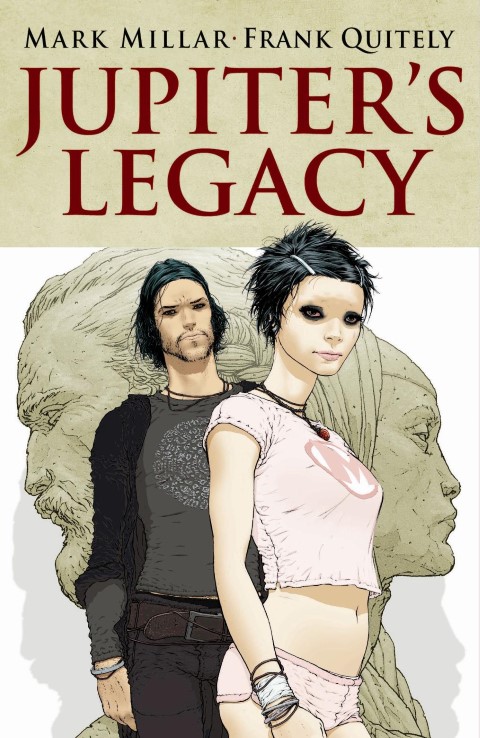 Jupiter’s Legacy is the first collaboration between Millar and Quitely since their work on The Authority, and forms part of the creator-owned Millarworld. Although the comic explores some familiar Millar 'superhero deconstruction' territory in taking an adult view of superheroes and their humanity under the masks, it has been praised for the strong narrative, subtle writing and biting social satire hidden in action.

It is the story of superheroes and their connection to the American ideal and the friction between old-school aging superheroes and their children. Where the aging heroes used their powers to improve the world, the new heroes are less interested in pursuing this selfless legacy and more in living their own, sometimes hedonistic lives. On the art side Frank Quitely delivers some of the most incredible and detailed art of his career, undoubtedly helped by the bi-monthly schedule. 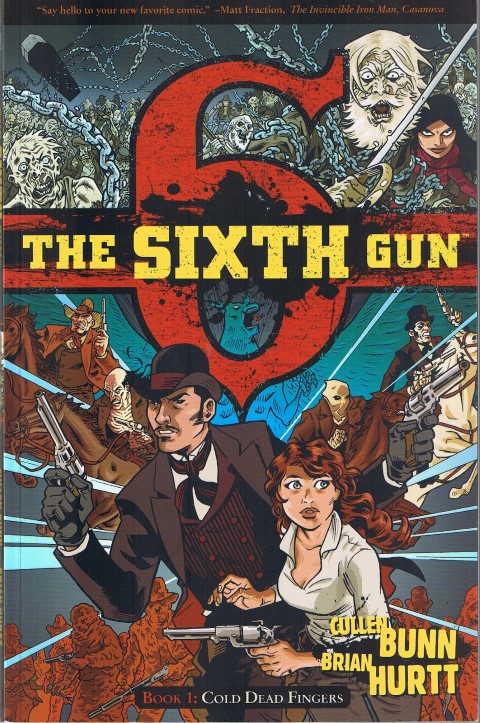 To call the The Sixth Gun a supernatural western adventure with zombies would be correct, but it would also be oversimplifying a book that reads like a summer blockbuster movie. Set after the American Civil War in the old West, it centers around a set of six pistols, each imbued with dark powers.

Each gun has a specific, unnatural ability and give their wielders unique powers, such as raising the dead or immortality. For better or worse, each gunman is tied to the weapon until they die, and their incredible power is sought by the forces of evil – in this case the wonderfully vile General Hume, the Knights of Solomon, the Sword of Abraham, and others. The Sixth Gun is a fun and inventive book that builds a deeper mythos around the old West with some clever writing and great artwork. 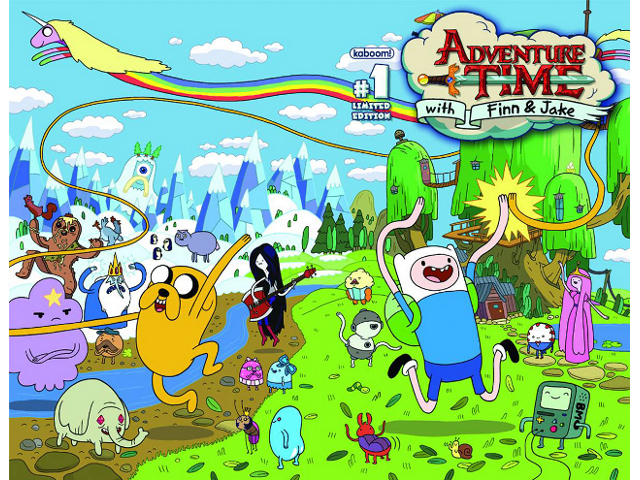 Based on the top-rated Cartoon Network show, Adventure Time is set in the magical and unlimited Land Of Ooo, where anything is possible. The appeal of the TV show is the unusual and sometimes nonsensical situations and sequences the characters find themselves in, and the comic also follows the bizarre and all-new adventures of Finn the Human, Jake the Dog, Marceline the Vampire and Princess Bubblegum.

Each issue includes at least two comics: The lead story by North and one or more backup stories. The art-style seamlessly follows on to the look created for the show and the writing is of the same insane and zany level that had us lolling. Adventure Time has been a huge hit with young and old alike as it effortlessly mixes humour and some shockingly dark moments, creating a book that is deceptively complex, incredibly funny and startlingly human.