AI ushers in a whole new world of solutions

At Microsoft’s Artificial Intelligence (AI) day yesterday, one of the things that quickly became clear is the role that AI has to play in addressing some of the more pressing issues of our time. From making life easier for those with visual impairments, to addressing conservation issues, the use of the emerging technology seems boundless.

Goksel Topbas, the Microsoft Sales Director for Cloud and Enterprise Advanced Solutions and Workloads at Microsoft MEA HQ, explained that AI is more than just another ‘hot topic’ of the time.

Rather, it’s the next revolutionary step forward. However, he quickly dispelled how AI has been portrayed in countless science-fiction movies, as humanity’s next overlords. Rather, Topbas stressed that the AI solutions really revolve around the interaction between humans and intelligent machines. It’s for this reason, he elaborated, it is essential that ethics, and responsible AI are part and parcel of the emerging technology’s development. No less important is ensuring that the data used to train the algorithms used by AI, is free of bias.

So is bad AI be a possibility? Yes, but only if the original data, programmed by human beings, is insufficient, he explained. That being said, the prospects and potential benefits of using AI in the right way are tantalizing enough to justify the effort of ensuring that the right decisions are made from the outset. 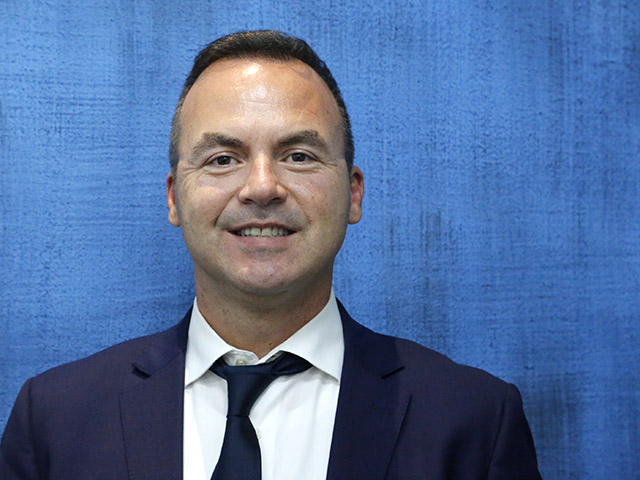 Just one example of the far-reaching positive impact AI can have is Microsoft’s Elephant listening project. This leverages AI to help scientists track the elusive forest elephant in the Republic of Congo, one of the last free elephants on the planet. It does so by gathering data from acoustic sensors, which have been installed throughout the national park in the region. The project is assisting in the efforts to curb poaching of these majestic creatures.

Another example of how AI is being used for conservation purposes is WildME, a part of the AI for Earth programme. Using AI, individual animals can be identified and tracked. This in turn enables researchers to get a better picture of the issues facing animals, or particular species so that specific action can be taken to help conserve them.

Indeed, such solutions are desperately needed, particularly as scientists have already confirmed that animals are facing another mass extinction. This time, it isn’t from an unavoidable catastrophic incident like an asteroid, but rather, human behaviour that is pushing too many species to the brink.

Topbas enthused that this is not the only way AI can play a critical role in slowing down this catastrophe. By using drones that capture thousands of images, along with AI, it is entirely possible for any potential threats such as poachers to be identified. Rangers in the area could then be instantly alerted via their smartphones and be sent to respond to the threat.

Beyond potentially saving the environment, Topbas highlighted how AI is already being deployed to enable those with sight-impairments to live fuller lives.

For example, the company’s Seeing AI app, which can either be run off a smartphone or integrated into PivotHead smartglasses, enables blind people to remain informed of the world around them. Using the camera in their phone, the app notifies the user as to the expression on people’s faces in a meeting, and also reads out printed material, such as signs and menus.

Alessio Bagnaresi, the sales director of Artificial Intelligence at Microsoft EMEA, explained that these types of usage scenarios are made possible by the use of cognitive services, which stimulate human sensing and understanding. These provide an AI infused app with the ability to recognise objects and faces, sometimes beyond the capability of the human sense organs.

This, he elaborated, has some exciting uses, such as more quickly determining where cancerous tumours are indicated in an MRI or CT scan.

“In the past, this identification has been performed by doctors, so as to identify where precisely to target radiation therapy. However, it has been highly time consuming,” he noted.

By using cognitive services and AI, the time taken could be significantly reduced. Furthermore, the technology could also, in time, potentially predict how the tumour could spread within a patient’s body by looking at an MRI scan.

You, me and AI

While these examples would be enough, there were plenty more, from the use of chatbots to streamline business productivity and free up employees to innovate, to its usage in factories to enable self-driving vehicles to autonomously manage materials.

Indeed, what quickly became clear is that the use of AI is hardly a frivolous pursuit. Rather, it might just be what saves humanity from its own folly, and enhance our lives beyond what we can currently anticipate.