Acer’s event at IFA 2015 was clearly split into two parts, with home and office getting the attention during the first half of the presentation (read about it here), and Acer's Predator gaming range in the second. It is however the latter that attracts our attention here, as Acer aims to strengthen its position within the world of gaming by expanding its Predator range and focusing on improving durability, speed and mobility. 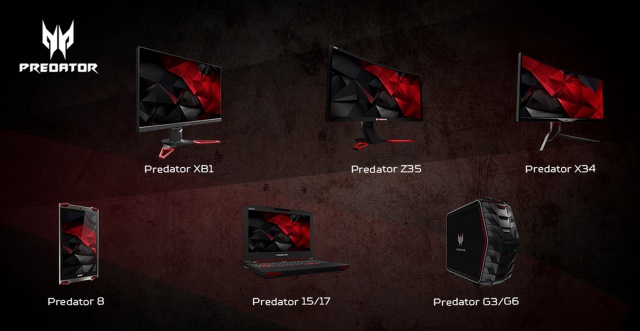 Tools of the Trade

As skillful as a gamer can be, they still need the right tools to get the job done. As such, Acer believes that its Predator range features a number of noteworthy enhancements that will prove more than useful for any gamer.

Encompassing all of Acer's new gaming specific technologies are the Predator 15 and Predator 17 notebooks. Both gaming notebooks integrate Acer's FrostCore triple fan design to keep them cooler while under heavy use. Added to this is PredatorSense, which is a custom control panel allowing users to change the colour and brightness of the backlit keyboard, as well as control their gaming specific hotkeys. 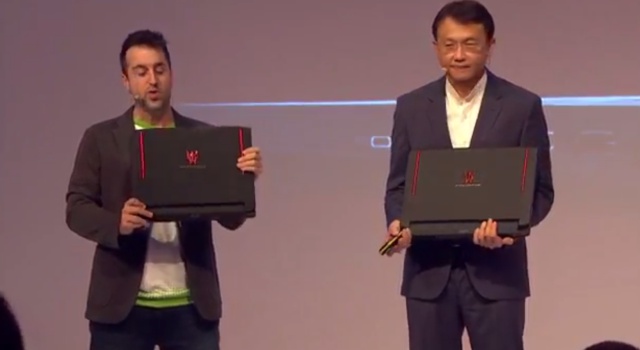 Both models feature an Intel Core i7 processor and Nvidia GTX980 GPU to take care of the heavy lifting, while while select options of the Predator notebooks will house 32 GB of DDR4 memory and 512 GB NVMe solid state drives.

As far as pricing and availability goes, the Predator 15 and Predator 17 will launch in select EMEA regions in November this year, and an estimated RRP of R27 300 and R24 200 respectively.

It wasn't all about the notebooks from Acer however, as a few intriguing devices and accessories also made an appearance. One such device was the Predator 6 smartphone. It's a dec-core sporting device that features 4 GB of RAM, and a clear focus on mobile gaming according to its Taiwanese manufacturer. For now the rest of the details on the Predator 6 remains a mystery, but this is certainly a device for a niche market. 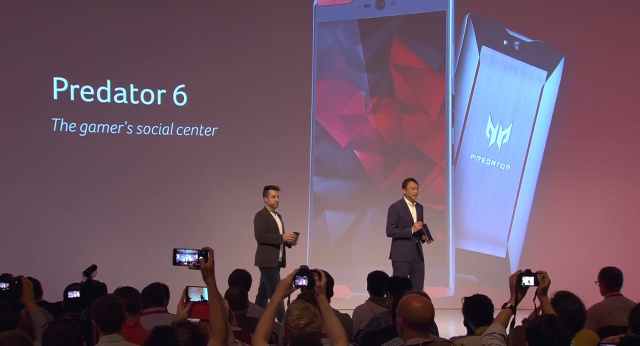 Completing the Predator gaming ecosystem was the new Z35 curved monitor. Measuring 35" (diagonally), it touts a full HD 2560x1080 resolution. It can also be overclocked, according to Acer, surpassing the 200 Hz refresh rate threshold. Indeed designed for a more immersive gaming experience, it also sports a 21:9 aspect ratio, which Acer says enhances the wraparound gaming experience. The top monitor in the Predator lineup, it will arrive in EMEA come December for roughly R16 000, making it quite the Secret Santa gift indeed.

While Acer's Predator range is built around a core of high-powered units and components therein, the recent plethora of unveilings at IFA 2015 show that Acer is trying to establish a gaming environment. As such, for gamers that have a desire for uniformity in the gaming peripherals and components, the Predator range from Acer is certainly climbing up the ranks.