Acer unveils its strategies for the commercial sector

Acer unleashed fresh strategies for the commercial market, and an invigorating new message for its channel partners in Amsterdam, The Netherlands. At the invitation of Acer, TechSmart was on hand to glean the company’s new direction.

Walter Deppeler, the senior corporate VP for Acer’s commercial business global operations began by addressing the elephant in the room – namely the undeniable turmoil and transition the PC industry has faced in almost twenty years. Nonetheless, he pointed out that there was a silver lining amongst the well publicised dark clouds, of an increased life cycle amongst the usage of PCs and notebooks.

He believes that while challenges to the PC market certainly exist, these are also accompanied by opportunities and possibilities, such as addressing the burgeoning emerging markets.

Show me the value

Additionally, it seems as though the company is revitalising its global relevance with a strong drive  into the commercial market, as Acer revealed its strategy – to create strong value on a regional basis, while serving the B2B channel and efficiently addressing the needs of commercial customers, all while continuing to grow as a company.

Deppeler elaborated that moving forward, Acer planned to create value for end users and its channel. More particularly, Acer’s strategy for growth into the commercial market was based on four key points, namely innovative products, a particular focus on making it easier for partners to sell and market Acer products, by offering services and finally, with a particular and renewed emphasis on education. 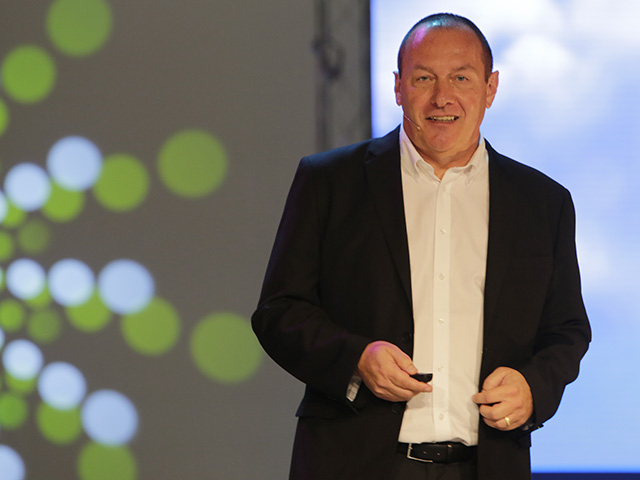 Consumerisation – more than a buzzword

Of these, though, the products, at least to our mind, were certainly the star of the show, as everywhere we looked, something caught our eye and beggared our attention, from new notebooks and tablets to workstations and projectors.

Even as the company admitted that Windows 8 deployment had started slowly, there was nonetheless a variety of products bedecked with Microsoft’s new, and sometimes controversial, operating system.

Before opening the floor to gadget hungry journalists, Jakob Olsen, the VP for the commercial division Acer EMEA, explained that consumerisation had a notable impact on its newly unveiled broad range of products.

It was here that the lines between fulfilling what corporates need and its employees desired began to blur, as he noted that employees want to be able to go back and forth between their personal and work environment on a single device. Additionally, consumerisation worked the other way as well, with small and medium businesses (SMBs) seeking the same sense of design style and attractiveness that general users desire in their mobile devices.

Illustrating his point, Olsen proceeded to highlight a few of the products in particular, namely the TravelMate P645 and P445 series, as well as the X313 11.6” tablet/ultrabook hybrid that also had enough grunt under the hood to serve as a desktop replacement when placed in its docking station. Also receiving an honorable mention was the Acer Chromebook, which comes with integrated 3G.

Furthermore, Acer unveiled three new workstations particularly for commercial customers, from the Veriton P series. These heavyweights, apparently built to the highest specifications, are also aimed at handling the heaviest of workloads, and are particularly intended for those in the fields of design (such as those engaged in 3D rendering), engineering and research, where vast amounts of data needs to be routinely crunched.

It was then that Olsen dropped his bombshell, stating that so confident was the company in its own products, that if a new Acer notebook broke down within its first year, not only would the company repair it, but it would also give the customer back half of the purchase price.

This, he explained wasn’t expensive for the company, since it knew exactly how many of its notebooks tended to break down. Of course, it would not be retroactive – users couldn’t dig out their old Acer notebook from five years ago and simply claim that it had broken down within its first twelve months. 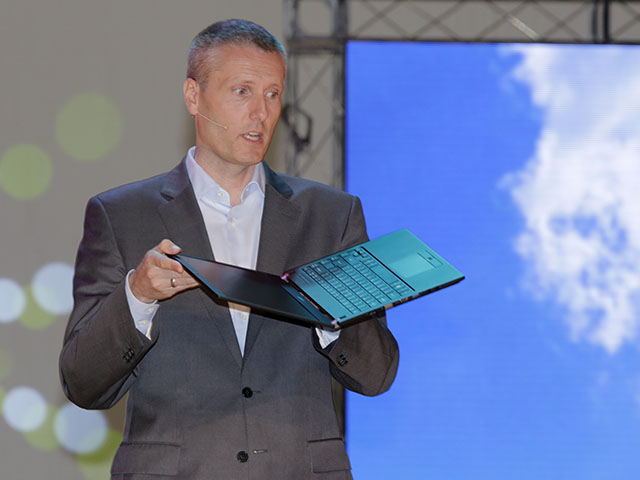 Jakob Olsen, the VP for the commercial division, Acer EMEA.

No region left behind

However, it was really what Olsen said informally that was music to our ears, namely that South Africa and the local market would receive the same level of attention as the developing countries typically do, as regards product releases. In an industry where certain new devices never make their way to local shores, this was certainly welcome news.

New products weren’t the only sparkle in Acer’s eye; a considerable focus on the education sector was also detailed, a sector that Olsen revealed was an intrinsic passion within the company. He elaborated that this focus also stems from Acer’s mission statement, of breaking barriers between people and technology.

“Nowhere is better to do that than in education,” he added. One example of how the company will be making inroads into classroom’s moving forward is through its newly announced partnership with Intel Education Software (IES). This boasts a raft of freely available applications that will be bundled with Acer products moving forward.

More particularly, the software on offer includes an interactive e-Reader designed specifically for education; a camera-based science exploration application; and a multimedia application that enables students to capture and edit pictures as well as video.

Also included is a painting and drawing digital artwork application and, one particularly for teachers, the Classroom Management application, which enables educators to control Acer products deployed through the classroom from a central source.

All the right channels

Next to receive some love from Acer was the channel. The company stressed that it was 100% committed to its indirect channel, and reiterated that it had paid close attention to the requests coming from its partners.

As a result, it resolved to make it easier for its partners to sell Acer products, by offering demo units, along with supporting channel partners with a co-marketing strategy, and then backing this up with responsive and fast service as and when it is needed.

Acer’s overarching message though, was not just about offering a broad array of products, growing their footprint in the business to business (B2B) sector or even charting their course through a challenging time in the PC industry.

No, instead, in its words, it revolved around offering a little bit extra – a little bit more ease, a little bit more security, a little bit more reliability, and a little bit more distinction in an industry which tends to get caught in offering much of the same. No doubt, it too adheres to the principle of going the extra mile. This may well make all the difference, enabling Acer to  weather the storm and triumphantly step into the sun, emerging as a technological winner at the end of the day.