A design that Adidas has been working in for quite some time now, the company's football division has debuted its first-ever laceless boot - the ACE16+ Purecontrol. A few glimpses of the boot were first seen on footballers’ feet late last year featuring an all-black colourway. That is certainly not the case now, as Adidas has gone with a bright green foot plate and upper, with black and pink accents. As such, this boot screams for attention. 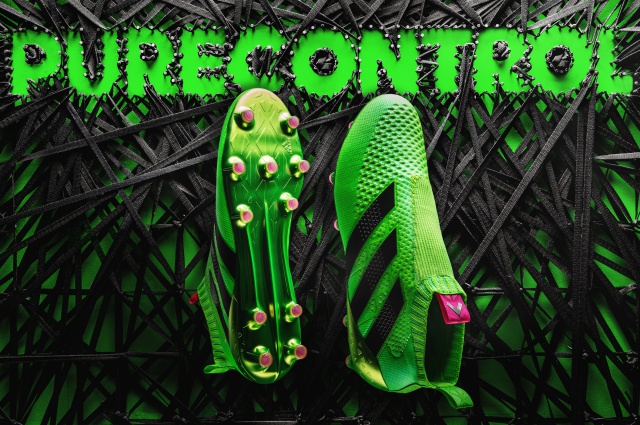 Although not a fully fledged replacement for the ACE15 football boot released towards the end of last year, the Purecontrol version is designed with the same sort of player in mind. To that end, Adidas has also released a video with German and Arsenal playmaker Mesut Özil putting them to good use.

As far as technology goes, the Purecontrol features a mix of Adidas' new PureCut and PrimeKnit to put the upper of the boot together. Added to this is a similar PrimeKnit collar for the portion of the boot that fits around the ankle, with a tab to pull the boot on. 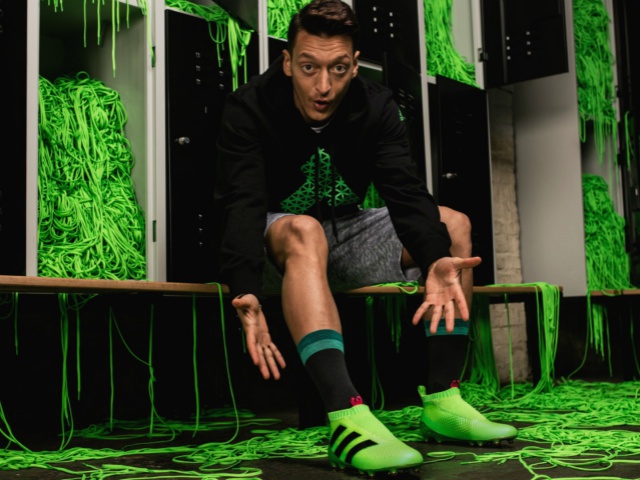 While the initial reaction to the boot is hard to gauge at this stage, there will undoubtedly be those who draw comparisons to the Purecontrol and Nike's Magista football, both of which bear a striking resemblance. The ACE16+ Purecontrol football is expected to hit stores in Europe by 23 January. At this time, no word has been made on local availability or pricing.