Amazon said to have a messaging app on the way

Just like Facebook, WhatsApp and WeChat, Amazon is poised to enter the world of instant messaging apps. According to AFTVNews, the online retailer is turning its attention to messaging, with the announcement of an app called Anytime, imminent.

The app is yet to reach its final form, but it is believed that Amazon has begun to survey customers on the functionality and features that they'd be interested in seeing for Anytime. By the sounds of it, and based off the screenshots that AFTVNews has secured, the Anytime app could very well be a social media platform in its own right, let alone an IM app. 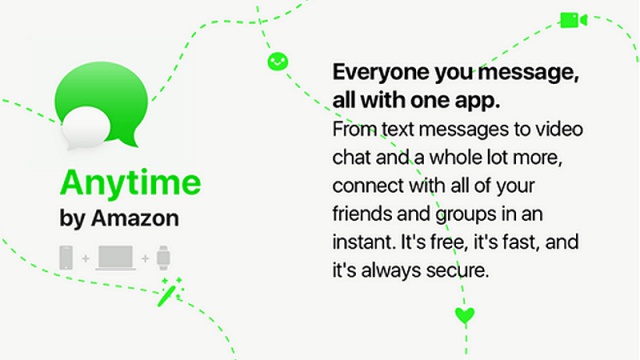 Some key features include the ability to make contact with other users sans phone number, as well as the ability to work on a variety of devices and operating systems such as iOS, Android and PC. Other intriguing aspects, which leverages some of Amazon's current service offerings, will allow users to chat directly with businesses, along with listening to music and ordering food together with friends and splitting the cost if necessary.

There are also more conventional IM elements like group chats, video calling and GIF sharing. If Amazon does indeed cram all these features into Anytime, it could very well be a rival for fully fledged social media platforms like Instagram and Twitter. 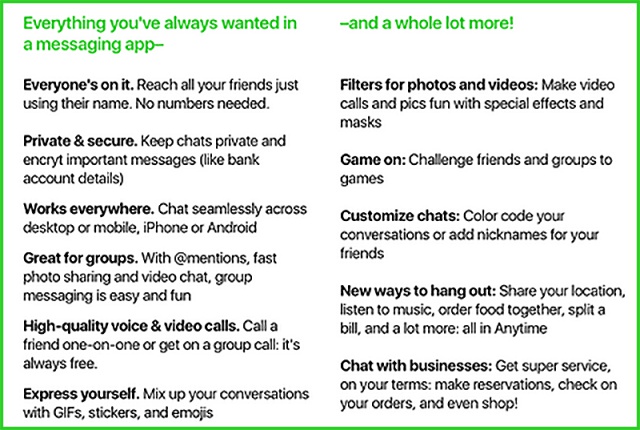 With no official word from Amazon just yet, we'll have to watch this space.

Will you lose your job to a robot?
Puma releases limited edition Max Verstappen Speedcat Pro GT race boot
Fitbit Versa
Google releases Android usage data - June 2013
With the end of 2020 now in sight, it‚Äôs time for banks to start asking - what‚...
73% of South African parents do not track their children‚Äôs location
Read