The belly of the photographic beast

Using a new feature called dual capture, the Lumia 1020 simultaneously takes a high resolution 38 megapixel photo and then creates a 5 MP version of this image as well. The former can be utilised for endless editing opportunities, whilst the latter is most useful for sharing via social networking sites.

Instead of the normal clean but functional Windows Phone 8 camera interface, users will employ Nokia's Pro Camera application to snap pictures. This application sports improved camera features as well as an enhanced interface that visually demonstrates how settings will affect the final photo or video.

The Lumia 1020 features the Oggl Pro application that delivers the most advanced smartphone camera controls to exploit the power of the PureView sensor. Nokia also revealed that popular applications the likes of Vine, Path and Flipboard will soon become available for Windows Phone. 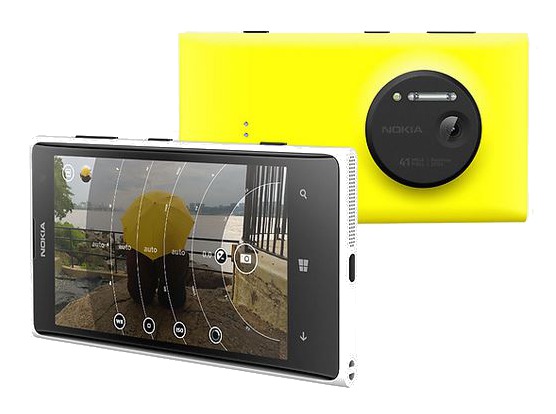 Although we already liked Nokia’s PureMotion HD+ screen on the Lumia 920 (although in LCD guise in that case), it must be noted that it does not match the full HD resolutions of today’s class-leading premium smartphones the likes of the Galaxy S4 (review) and HTC One (review).

The Nokia Lumia 1020 will be released on 26 July in the US, whereafter it is expected to arrive in China as well as key European markets during the quarter. This smartphone will be available in yellow, white and black. Unfortunately, no local release info is available yet, with Nokia South Africa just stating that details on availability and pricing in other markets will follow soon.

In related news, Nokia also recently revealed that South African Asha feature phone users are now able to send and receive Office emails via their mobile phones, thanks to the release of Mail for Exchange app for the Nokia Asha 311, 310, 309 and 308.