Apple has added a new option to its iCloud storage plan, namely a 2 TB offering for R299 a month. Compared to the likes of Google Drive and Microsoft's OneDrive, the pricing is relatively competitive, with Google's option going for $10 (R144) each month per 1 TB and OneDrive available at $7 (R101) a month per 1 TB. 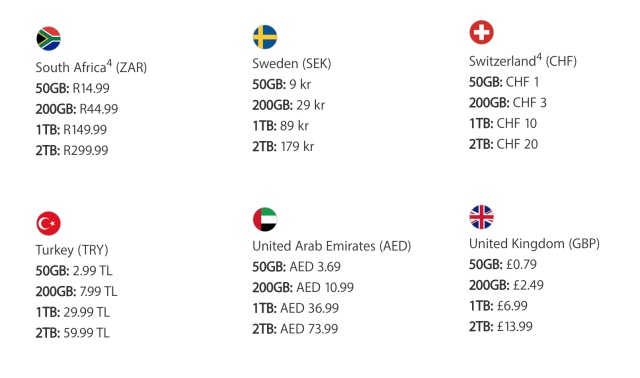 While many won't read too much into this latest addition from Apple, some (including The Verge) have said that there could be something more to the announcement, specifically the timing of it. With Apple recently confirming an event for 7 September, where the new iPhone is expected to be debuted, having 2 TB on offer for the iCloud has given rise to rumours of a 256 GB device coming to the fore.

Stay with us for a moment. Historically, the largest amount of iCloud storage has been eight times that of the biggest onboard storage option for the iPhone. To that end, with 2 TB of iCloud now on offer, the possibility of a 256 GB iPhone could certainly be on the cards. Add to that a recent component information leak from 9to5Mac that states the soon-to-be released iPhone will offer a 256 GB model.

With a microSD card, or the lack thereof, an option that Apple will unlikely waver on, the addition of 256 GB of onboard storage would certainly be welcome by many iPhone users. That said, the price for such a device will undoubtedly be steep.