Ash vs Evil Dead series gets a bloody trailer

It might be that some of our younger readers are not as familiar with Ash as they should be. No, we are not talking about the Pokemon trainer, rather the most badass horror survivor of all time.

As the world is prepping for his return to the Evil Dead franchise, this time as a TV series, the big reveal comes from Comic-Con, where a trailer has been released for Ash vs Evil Dead. 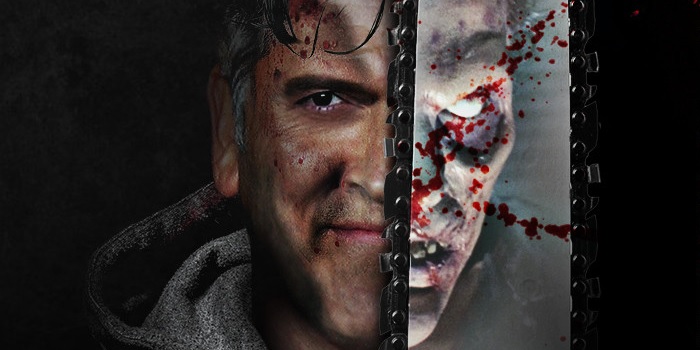 In the trailer Ash sports all the gear needed to fight evil, including his trusty chainsaw, and, uhm, a corset and a pocket protector. It includes a lot of blood, the said evil dead horrors, and Bruce Campbell reprising his role as now a more mature Ash.

The original cabin-in-the-woods horror, Evil Dead was released in 1981, directed by Sam Raimi, who is now certainly more famous for his work on the Spider-Man franchise. Bruce Campbell was co-producer, and also starred as Ash, further doing duty in Evil Dead 2 and the awesome Army of Darkness in 1992.

In the mood for some self deprecating comedy horror? Check the trailer below now.