We've seen the first few shots of Batman and Superman going cowl to cape in the Dawn of Justice trailer over the weekend, but now DC's other big film for 2016, Suicide Squad, has received its own trailer to fawn over and dissect. 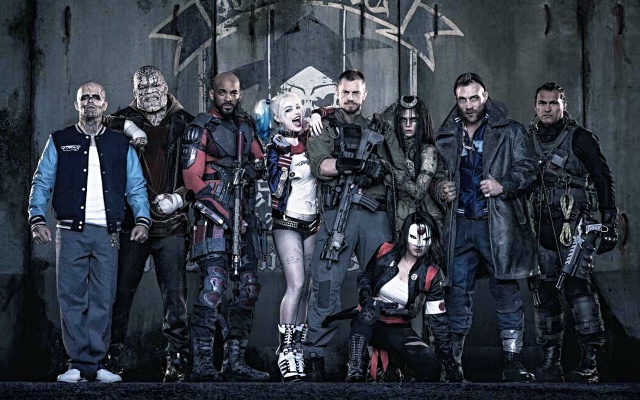 For those unfamiliar with the Suicide Squad lore, it's a team of the Dark Knight's greatest adversaries, including the likes of Deadshot (played by Will Smith), Killer Croc (brought to life by Adewale Akinnuoye-Agbaje) and Harley Quinn (taken on by Margot Robbie). Leading this crack team is the Joker, with Oscar-winner Jared Leto going through quite the transformation for the role. Much like Ben Affleck, who also features in the trailer as a supercar-surfing Batman, Leto has some rather big boots to fill, especially given the amazing performance that Heath Ledger put in as Mr. J in The Dark Knight.

The Suicide Squad, as Deadshot christens it, is brought together by Amanda Waller (portrayed by Viola Davis), with the goal of being a worst-case-scenario option, taking on the biggest threats with an equally diabolical force. As expected though, it seems like the Suicide Squad quickly realise their power, and turn the tables on those that think they're in charge.

The film is scheduled for release on 5 August 2016, and as such, expectations are high for Suicide Squad, as it will form the second part of DC's one-two punch in 2016. Aiming to banish all memories of any Marvel film released next year, it should prove interesting to see whether it can do so.

Click on the Comic-Con trailer below, and see the Suicide Squad do their thing.