Asus Transformer Pro 3 coming to SA in February next year

Dubbed the world's most versatile PC by its creators, the Transformer Pro 3 (T303) will be coming to South Africa in February next year as confirmed by Asus South Africa. Capable of working in both notebook and tablet mode, the Transformer Pro 3 an all-metal body and comes with an Asus-branded keypad, built-in kickstand, as well as three other accessories. These include a Pen stylus with 1024 pressure levels and Universal Dock expansion add-on for connecting USB Type-C, USB 3.0 and HDMI. 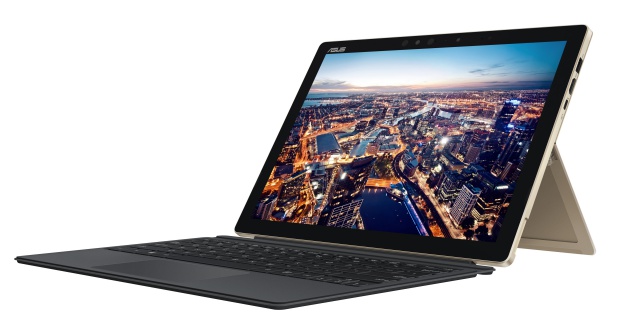 Up front is a 12.6" LED backlit display (2880x1920), which can also be connected to a ROG XG station for 4K content and VR gaming, notes Asus. Delving deeper into this 2-in-1 offering, there's a choice of either 7th-Gen Intel Core i7 or i5 processors, depending on which model you opt for. Added to this is an Intel Graphics HD 520 GPU, 16 GB of LPDDR3 RAM and a 1 TB SSD.

It also weighs a relatively light 790 g to aid use in tablet mode, along with a 13 MP camera on the rear and 8 MP front-facing one for those that enjoy snapping away. On the the more operating system side, there will Windows 10 Home or Windows 10 Pro onboard (again, depending on the model).

For pricing for the Transformer Pro 3 is unconfirmed at this stage, but Asus says more detail will be forthcoming closer to the device's release window. Check it in action in the video below.