Computex 2016 kicked off this morning in Taipei and one the technology expo's biggest participants, Asus unveiled their latest consumer offerings. On the mobile side of things, media and Computex attendees were greeted by the latest Zenfone lineup - the Zenfone 3, 3 Deluxe and 3 Ultra.

All three devices sport Android Marshmallow, but no longer leverage off of an Intel processor, instead utilising Qualcomm. The Zenfone 3, which is reported to have a $249 price tag according to Engadget, features the mid-range Snapdragon 625 chipset in an octa-core setup and clocks at 2.0 GHz. 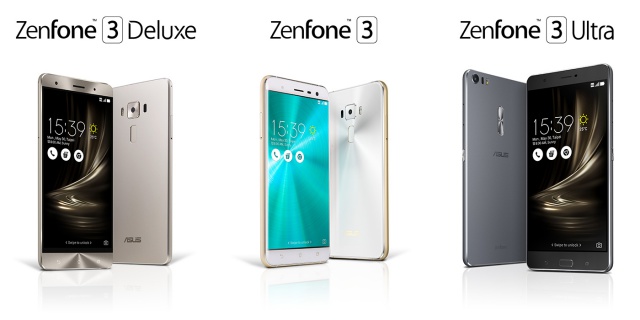 While the processor on offer might not pique flagship user’s interests, the rest of the specifications should. It has 3 GB of RAM to call upon and 32 GB of onboard storage. Added to this is a relatively large 3000 mAh battery and dual SIM, with Cat 6 LTE functionality as well. Moving onto the rest of the device, it's quite large at 5.5" and touts a 1080p IPS display up front and Sony-built 16 MP camera on the rear. If the latter is anything as good as it is on the Huawei Mate 8, then the Zenfone 3 should be a very capable photography tool.

While the local status of the Zenfone 3 is unknown, should it make its way to SA with a similarly priced $249 (R3 940) price tag, it could well be a good option for savvy smartphone users.

Shifting focus to the larger offerings in the Zenfone 3 lineup - the Deluxe and Ultra. The former is 5.7" in size and packs a 1080p Super Amoled screen in front, which means it should prove quite bright. It's also fitted with a speedy Snapdragon 820 processor. The real talking point, however, is the memory, with a mammoth 6 GB of RAM and 64 GB onboard storage. It also has a 23 MP Sony sensor pulling duty on the back, recently seen in the Japanese company's Z5 range, as well as Cat 13 LTE.

The Deluxe will reportedly cost consumers an estimated $499 for the 64 GB model, but there is apparently a 256 GB version on the way, which means you'll likely want to hold out until that arrives.

If size is a big consideration when it comes to phablets, then the 6.8" Ultra should tick all the boxes. The screen is also 1080p like the rest of the Zenfone 3's, but makes use of LCD tech to pull it off. To compliment its sizeable frame is an equally large 4600 mAh battery, which can also be used to charge other devices. It might not have 6 GB of RAM like the Deluxe, but still features a noteworthy 4 GB of RAM, along with 64 GB of internal storage.

On the processor front, it's powered by an octa-core Qualcomm Snapdragon 652 chipset, as well Cat 6 LTE and Quick Charge 3.0. All this will cost you $479, but like the rest of the Zenfone 3 range, it's unknown if the Ultra will be hitting local shores. 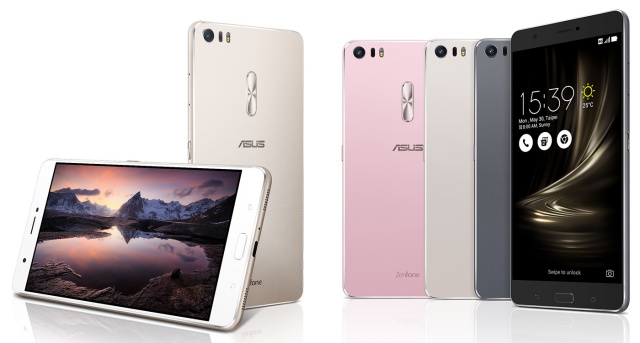 When it comes to their smartphone presence in South Africa, Asus is relatively low key, but given the specifications of these newest devices, if the Taiwanese manufacturer can keep costs in line with the US pricing, the Zenfone 3 lineup could prove very tempting indeed.